UNITED NATIONS, Mar 7 2012 (IPS) - Promising methods of tracking aid funding intended to improve women’s and girls’ livelihoods also offer the possibility of revealing whether donors and policymakers are walking the walk when it comes to gender financing. 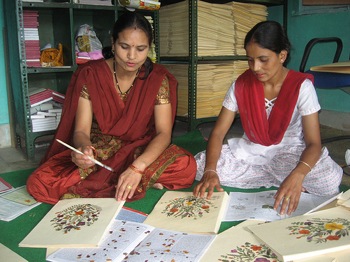 “More consistency between what donors are saying [and] what they are actually doing is needed,” Lydia Alpizar, executive director of the Association for Women’s Rights in Development (AWID), told IPS.

Tracing the myriad paths of financial support for gender equality and women’s empowerment is no easy task, but nevertheless a necessary one to test whether political commitment is translating into results.

“One very concrete way to measure” the effectiveness of support is to check “the actual resources that are being given”, Alpizar explained.

“Having this data available helps us to push donors to do better, because what they do is not close to what is needed, not close to the minimum,” she added.

According to Alpizar, in the last three to five years, mainstream actors from all sectors have increased attention and commitment to empowerment of women and girls.

Thus, while attention and commitment to female empowerment has grown, financial circumstances are hampering that growth.

The money to support gender equality and women's empowerment has come mainly from Oversees Development Aid (ODA) over the last three decades.

"The fact that the economies are growing less as a result of the economic crisis means that the actual ODA in real terms, even if they still stick to the same percentage, is actually less," Alpizar explained.


Even if a programme is targeted towards women or gender equality, it may not necessarily be significant, said Patti O’Neill, senior policy analyst of the Organisation for Economic Cooperation and Development (OECD) in an interview with IPS.

Pouring money into civil society projects is not enough if such initiatives scarcely improve women’s livelihoods on a daily basis and in the long term.

So in the last five years, the OECD’s Development Assistant Committee has started tracking the extent to which donors’ funding is focused on gender equality, if at all. The Development Assistance Committee is comprised of 24 major donor countries, all of which are required to report sex- disaggregated data on a regular basis.

The limits of tracking finances

However, this tracking doesn’t measure the aid’s impact or quality, and gender-sensitive budgeting methods have other limitations as well.

Introducing a gender perspective in planning and budgeting processes will not lead automatically to more accountability amongst interest groups such as politicians, lobbyists, or private sector actors, experts said during a conference of donor organisations, U.N. delegates and civil society organisations during the 56th Commission on the Status of Women at the U.N.

Nor will the tracking resolve structural problems like gender stereotyping in labour markets, societal discrimination against women and girls, to name a few. Still, it can help highlight areas for improvement.

“Beyond budget tracking, there is, most importantly, the need to ensure that concrete results are delivered for women and girls and that their lives change for the better,” emphasised Saraswathi Menon, director of U.N. Women‘s Policy Division, at the conference.

Gender-responsive budgeting has led to even greater progress in advancing gender equality and women’s rights since the adoption of the 2008 agreed conclusions, Menon said. Some examples are Morocco and Rwanda.

“I think there has been progress,” she told IPS. “We feel there is a movement which is supported by U.N. Women and others, but it is coming from the countries themselves,” pushed by women’s organisations and “enlightened people in ministries of finance” and other areas of government.

The ongoing economic crisis, of course, poses a threat to this progress, especially because during times of financial hardship, gender financing is the first to go when policymakers look to trim budgets.

If you don’t ask, they will not tell

One of the most persistent problems is the lack of publicly available gender-disaggregated data and critical assessments of how strongly funding supports women’s empowerment. The only multilateral organisations that provide the OECD with data on the gender equality dimensions of its aid programmes are the United Nations and the World Bank.

Hailing the efforts of U.N. bodies to synchronise instruments for measuring for gender equality, O’Neill urged the world organisation itself to publish its information as well. “Once they do that then I think we will have a much better picture of what is really going on and what needs to change.”

Asked why such information is not made openly available, Alpizar cited two reasons. The first was “a limited culture of accountability amongst donors and multilaterals on how their resources are used”. The second was simply that “in other cases, we have not asked for the data”.

O’Neill also noted that sometimes politicians are too scared to question how and where money is spent. But she labelled that very problem as a starting point. “Start asking the questions and do not be frightened to ask questions about money. They should be asking donors, ‘Where exactly are you spending this money in our country?'”