ATLANTA, Georgia, Apr 24 2012 (IPS) - Until this past February, the last time new nuclear power construction was approved in the United States was in 1978. But when the U.S. Nuclear Regulatory Commission (NRC) approved two proposed nuclear reactors at Plant Vogtle near Augusta, Georgia, on February 9 in a four to one vote, it took less than a week for the legal action to begin. 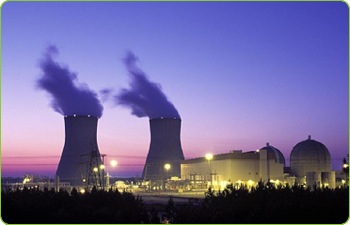 Nine environmental groups filed a lawsuit in the U.S. Court of Appeals for the District of Columbia Circuit on February 16. The concerns at the heart of their challenge – safety issues and the Fukushima disaster – were similar to those of NRC Chairman Gregory Jaczko, the sole dissenter in the commission’s vote.

Jaczko argued that Southern Company, whose company Southern Nuclear operates the Vogtle plant, had not proved it would take steps necessary to ensure the reactors could withstand an earthquake like the one that occurred in Fukushima, Japan in March 2011.

“I simply cannot authorise issuance of these licenses without any binding obligation that these plants will have implemented the lessons learned from the Fukushima accident before they operate,” he wrote.

The groups are “working to challenge the NRC’s approval of the reactors because they fail to take into account public comments received by the agency concerning the proposed reactors’ security risks, following the Fukushima disaster”, Sara Barczak, a program director at the Southern Alliance for Clean Energy, one of the groups who filed the lawsuit, told IPS.

The Turner Environmental Clinic at Emory University Law School has been assisting with much of the legal work on the case.

A related legal challenge regarding the AP1000 reactor design by Westinghouse Electric Company, which would be used in the new Vogtle reactors, argued that the approval of the reactor design also failed to take into account the Fukushima disaster.

Those two challenges have been consolidated into one, and the groups recently filed a motion to stay further construction of the new reactors at Vogtle, which they hope will be heard within a month or so.

“We still have concerns about the ability of that reactor design to deal with seismic issues such as earthquakes….The National Environmental Policy Act (NEPA) requires that any agency has to recalibrate and reissue an Environmental Impact Statement considering the information,” Barczak said.

“They would have had to do reassessments of doses to the public, reevaluating doses to site workers and the community, the evacuation plan, how the operator would handle a multi-unit meltdown,” she explained. “It would be a fairly substantial review.”

A second lawsuit challenges some of the money that Georgia Power has been collecting from ratepayers for the construction of the new reactors.

In 2009, the Georgia Legislature and the Georgia Public Service Commission approved a controversial programme called the Construction Work in Progress (CWIP), which requires ratepayers to pay in advance for the construction of the project, even though it may not ultimately materialise.

For the last three years, customers have paid an extra few dollars each month on their electricity bills to fund the project, even though it had not yet been approved. According to Barczak, even if the new reactors are never built, customers will not receive a refund.

Two high-powered former elected officials in Georgia, including Roy Barnes, a former governor, and Glenn Richardson, a former speaker of the house, are suing over the fact that ratepayers are paying sales taxes and municipal franchise fees on the CWIP charges to Georgia Power.

Some ratepayers have refused to pay the fee, at risk of having their power cut off.

“I stopped paying because I don’t want to support an industry that has the potential of destroying Mother Earth and killing my descendants. Especially when Georgia has so much solar energy that we can fry eggs on rocks, and we have so much wind power offshore, that we should be utilising that,” said Gloria Tatum, who stopped paying about six months ago.

“Initially, I called, and they said they would cut off my utilities,” Tatum said. “It’s like three or four dollars a month. It’s not a great deal at this point.” It appears the unpaid nuclear fees have yet to add up to enough for Georgia Power to cut off the electricity.

“They are just insane. It’s like a death cult. They are sacrificing human life at the altar of profits for a few people.”