UNITED NATIONS, Apr 3 2012 (IPS) - When the 194-member General Conference of the U.N. Educational, Scientific and Cultural Organisation (UNESCO) was on the verge of admitting Palestine as a full-fledged member of the Paris-based U.N. agency last year, the United States warned against it – and threateningly. 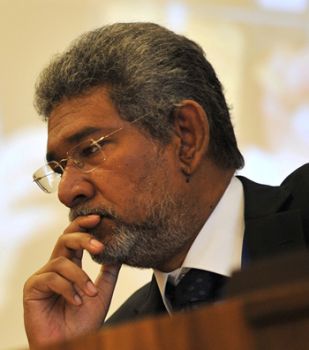 Still, by an overwhelming vote of 107 to 14 (with 52 abstentions), Palestine joined the ranks of UNESCO last October despite a U.S. threat that such a move would result in a cut-off of U.S. funding amounting to about 80 million dollars annually.

The cutoff was triggered by a 1990 law that bars funding “for the United Nations and any specialized agency thereof, which accords the Palestine Liberation Organisation (PLO) the same standing as a (U.N.) member state.”

In an interview with IPS, Dr Dayan Jayatilleka, Sri Lanka’s Ambassador to France and permanent delegate to UNESCO, said “the U.S. Congress had voted the funds, which were in the U.S. State Department budgetary allocation, I believe, but now frozen them.”

“So, yes, in effect the U.S. has enforced the cuts. There is an audible impact more than a visible one, in that the fiscal situation of UNESCO is always on the minds of decision-makers and administrators, and there has been downsizing of staff etc,” he added.

These “assessed contributions” by member states are mandatory and based on each country’s capacity to pay.

Additionally, UNESCO also has an annual 200-million-dollar budget funded by voluntary contributions from member states, including the United States, which provides less than one million dollars.

Speaking immediately after Palestine’s membership, UNESCO Director General Irina Bokova said she was concerned by the potential challenges that may arise to the universality and financial stability of the organisation.

“I am worried we may confront a situation that could erode UNESCO as a universal platform for dialogue. I am worried about the stability of its budget,” she added.

“I believe it is the responsibility of all of us to make sure that UNESCO does not suffer unduly as a result,” she said, appealing to all member states.

“Unfortunately, there are those who, in their enthusiasm to recognise the aspirations of the Palestinian people, are skipping over the most important step, which is determining what the (Palestinian) state will look like, what its borders are, how it will deal with the myriad issues that States must address.”

And now six months after Palestine’s admission, the 66-year-old UNESCO continues to survive, but may be forced to cut down on some of its programmes relating to education, the sciences, culture and communication.

The countries that voted against Palestine included the United States, Israel, Sweden, Germany and the Netherlands.

Last week, Israel walked out of the U.N. Human Rights Council in Geneva because of an anti-Israeli resolution over the monitoring of illegal settlements in Palestinian territory.

Asked if Israel has given any indication it may follow suit and also withdraw from UNESCO, Jayatilleka told IPS: “No, in fact what is interesting is that while the U.S. has frozen its funds to UNESCO, Israel has not.” Excerpts from the interview follow.

Q: Do you think the cut in funds would eventually undermine the stability of the Organisation?

A: UNESCO’s director general is maintaining the dignity and activism of the organisation, despite the strain and stress of the cutbacks. I wouldn’t say there is instability, but there is some dimming of the lights, as it were.

Q: Has there been any attempts by other member states to bolster UNESCO by making up for the cuts imposed by the United States?

A: Some member states have attempted to help by contributing their funds earlier rather than at the usual time, and others like Indonesia have made generous contributions to programmes, post- Palestine vote and U.S. cutbacks.

But if you mean has any other state or states come forward to pick up the slack left by the U.S., the answer is no.

I cannot speak for others but my guess is that for such a thing to be possible, there will have to be more re-thinking and re-orientation on the part of UNESCO.

A: It would seem from last month’s vote at the U.N. Human Rights Council on Palestine, which passed by a massive 46-1, the vote at UNESCO (107 to 14) was something of a pathbreaker, certainly within the U.N. system.