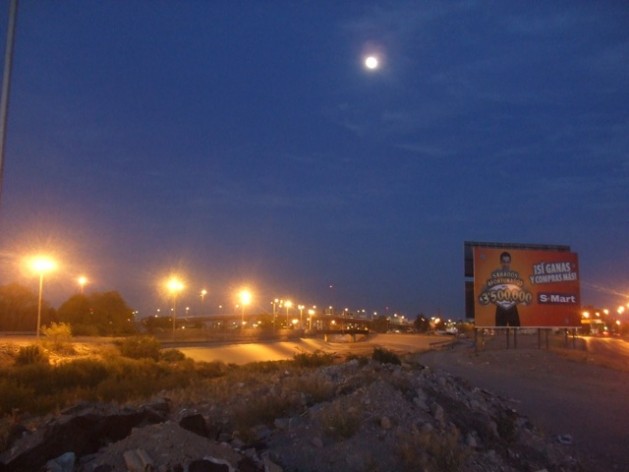 MEXICO CITY, May 23 2012 (IPS) - “You don’t close down a bank by arresting the tellers.” That phrase, from Argentine expert Edgardo Buscaglia, illustrates the challenge of the fight against money coming from illegal activities in Mexico.

The government’s failure to take action against money laundering helps make it possible for Mexican and foreign criminal organisations to continue trafficking drugs and people and engage in extortion and smuggling, experts say.

“On the one hand, they have become more powerful, because their wealth has not been touched, while on the other, they have diversified, placing their capital in different sectors, to diversify risks and obtain higher returns,” Buscaglia, president of the non-governmental Institute of Citizen Action for Justice and Democracy, said in an interview with IPS.

Buscaglia, who holds a doctorate in economics and received postdoctoral training in jurisprudence and social policy, studied 22 clandestine businesses, including trafficking in drugs and undocumented migrants, smuggling, kidnapping and extortion. One of his conclusions was that illegal trade in drugs has diminished in the last few years.

Since 2006, the authorities in Mexico have seized nearly one billion dollars in cash – a tiny portion of the money that is moved by illicit trade and organised crime.

“These illicit financial flows were generally the product of: corruption, bribery and kickbacks, criminal activities, and efforts to shelter wealth from a country’s tax authorities,” says the report by GIF, a programme of the U.S.-based Centre for International Policy that promotes policies, safeguards, and agreements aimed at curbing cross-border flows of illegal money.

“A great deal more hope is put on measures against money laundering because of the low level of success in the fight against drugs,” Carlos Resa, a professor from the Autonomous University of Madrid who has studied drug trafficking in Mexico for years, told IPS.

The anti-drug policies of conservative President Felipe Calderón have emphasised the use of force over other measures, such as the dismantling of financial structures, which experts say is key to undermining the corrupting influence of organised crime.

As soon as he took office in December 2006, Calderón deployed tens of thousands of soldiers and federal police officers around the country, to fight the drug cartels. But human rights groups report abuses.

According to press reports, more than 50,000 people have been killed in the drug war.

Since 2007, the attorney general’s office launched 1,376 investigations into money laundering, which have led to just 79 convictions.

Mexico is a member of the Organisation for Economic Cooperation and Development (OECD) – the so-called rich countries’ club – and of the G20 group of industrialised and emerging nations, both of which promote fiscal and financial transparency and the fight against money laundering. But it has never been penalised.

It also belongs to the Financial Action Task Force (FATF), an inter-governmental body whose aim is to oversee and promote policies to fight money laundering and the financing of terrorism by states and financial institutions.

But although Mexico has complied with only a few of the FATF’s 40 recommendations on money laundering and nine on the financing of terrorism, the organisation has not put Mexico on any of its grey lists. And in a 2008 report, the FATF said Mexico had made an unprecedented effort to combat these crimes.

Although money laundering is punishable by three to nine years in prison, Mexico does not yet have a specific law against the crime.

A bill introduced by the government would increase oversight of and set limits on purchases of real estate, vehicles, jewelry, gemstones, precious metals and cash operations. It would also create an anti-money laundering unit in the attorney general’s office and penalise the use of front men and false documents.

It also stiffens penalties for concealment and makes it possible to confiscate goods of equivalent value, when assets obtained by illicit funds disappear. However, the bill has not been approved in the current legislature.

The ministry of public security estimates that there are seven drug cartels in Mexico fighting over the lucrative drug routes to the United States, the world’s biggest market for illegal drugs, and that 17 international organised crime groups operate in the country as well.

There are no reliable figures on drug production in Mexico.

But Resa said there is no oversight, to ensure that these figures are real. “There are many possible causes for that increase, including a notorious lack of public scrutiny over seizures of marijuana,” he said.

“And the drop in confiscation of cocaine could mean that there is less trafficking, the authorities are more incompetent, or drug smugglers are getting more skilful,” he said.

Of the 712 drug labs dismantled since 2007, 592 were along the Pacific coast, a strategic corridor for the smuggling of methamphetamine to the U.S. market.

Methamphetamine was widely produced in the United States until the Combat Methamphetamine Epidemic Act, passed in 2005, banned over-the-counter sales of cold medicines that contain pseudoephedrine, commonly used to produce the drug.

Since then, Mexico has become the top producer of methamphetamine in the hemisphere, using precursor chemicals imported from countries like China and India.

“The three primary source countries for heroin abused in North America in 2009 continued to be Afghanistan, Colombia and Mexico,” the INCB reported.

Mexico accounts for an estimated nine percent of global production of heroin.

The production of marijuana and poppies is concentrated in Mexico’s northern and western states.

In these regions, the economy of poor villages revolves around these crops, with entire campesino or peasant families, including the children, working in the fields, journalist Anabel Hernández writes in her book “Los señores del narco” (The Narco-Lords).

That is one portion of the real, but informal, economy of the drug trade. “No one covers the real economy – the buildings, warehouses, pickup trucks, or tangible distribution systems,” said Buscaglia.

“There is an institutional vacuum,” he said. “Each state should have a property investigation unit. Money laundering is just a tiny part of it. The bulk of it involves identifying who is the owner of such-and-such a factory and whether that person has ties to illegal groups.”

“The financial and economic part is not being addressed, because when they start to touch it, legally constituted companies that finance the campaigns of all the parties protect each other,” he said. “If it is dismantled, that hurts the election campaigns.”

Congress, in fact, has refused to pass the law on money laundering ahead of the July presidential and legislative elections, leaving the bill to be debated by the next legislature. (END)