LONDON, Dec 12 2012 (IPS) - Twenty-five years ago, on Dec. 8, presidents Mikhail Gorbachev and Ronald Reagan signed the Intermediate-Range Nuclear Forces (INF) Treaty. This historic agreement eliminated a modern class of land-based “theatre” weapons – the SS20s, cruise and Pershing missiles – that had been brought into Europe in the early 1980s. 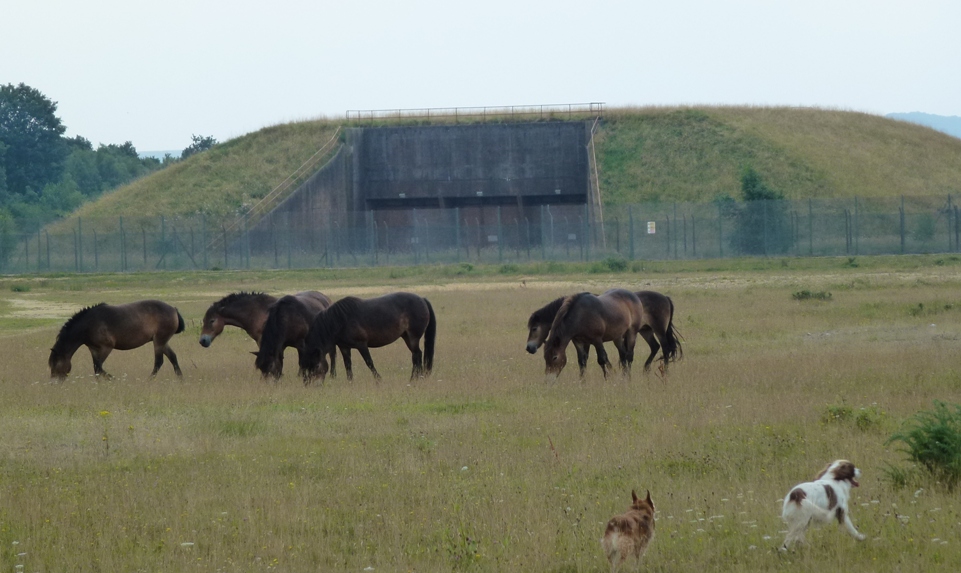 The breakthrough surprised most mainstream military and political analysts, but was hailed by European peace activists whose efforts to achieve this outcome had been derided by experts right up to the Reykjavik Summit between Reagan and Gorbachev in October 1986.

Gorbachev, however, has paid tribute to the role of civil society. Asked a few years ago what made him “trust” Reagan, the former Soviet leader said that he didn’t trust Reagan at all; he took the risk to go to Reykjavik and propose nuclear disarmament because he trusted the European peace movement and Greenham Common women to make sure that the U.S. would not take unfair advantage if he took the first step.

Gorbachev also spoke about being moved to act after reading about studies by Russian and American scientists that showed how life on Earth could be obliterated by the “nuclear winter” aftermath of a nuclear war.

Such a thorough understanding of the humanitarian consequences of nuclear weapons has been missing from mainstream debates since then. Groupthink among government officials, arms controllers, funders and security experts have served to perpetuate the realpolitik notion that nuclear disarmament is an extraordinarily difficult military-technical process that only the nuclear-armed states can take forward.

Such an attitude has given increased power to the nuclear states, forcing nuclear-free countries into the supplicant role of calling for disarmament while simultaneously being marginalised as cheerleaders on the sidelines of the real game.

The nuclear Non-Proliferation Treaty (NPT) ­ the jewel in the crown of cold war arms control ­ has long been in trouble, but its adherents keep hoping that enough band-aids can be applied to keep the NPT regime and review process going. Squandering the opportunities created by the end of the cold war, diplomatic gesture politics have failed to address the major nuclear threats in the real world, while the NPT paradoxically reinforces a prominent role for nuclear weapons in the security policies of a handful of governments.

It came as little surprise, therefore, to hear from the U.S. Department of State on Nov. 23 that the much heralded conference on a Middle East zone free of weapons of mass destruction (WMD) “cannot be convened because of present conditions in the Middle East and the fact that states in the region have not reached agreement on acceptable conditions for a conference”.

Iran, which only agreed to participate in the conference a few weeks earlier, predictably seized the high ground and castigated the U.S. for holding the conference – that had been mandated by the 2010 NPT Review Conference – hostage “for the sake of Israel”.

Nabil Elaraby, the Arab League’s secretary-general, warned that failure to convene the conference “would negatively impact on the regional security system and the international system to prevent nuclear proliferation”.

As Israel bombs Palestinians in Gaza, Israelis are being frightened and hurt by missiles on buses that are being fired in retaliation. Nuclear weapons bring no security, but their deployment in volatile regions like the Middle East, South Asia, North-East Asia and also Europe distract from genuine security requirements and add a massive additional threat to peace.

The nuclear possessors make the situation worse by talking about preventing nuclear terrorism while hiding behind the voodoo of nuclear deterrence ­ as if by wearing the weapons they can avoid having to worry about anyone using them.

Recent initiatives by the International Campaign to Abolish Nuclear Weapons (ICAN), the Red Cross and a growing number of governments have begun to arouse global interest in the humanitarian effects of nuclear weapons.

On Nov. 22, Norway’s Foreign Minister Espen Barth Eide invited all United Nations governments to send senior officials and experts to participate in an international conference on the humanitarian impact of nuclear weapons on March 4-5, 2013, in Oslo.

The aim of the conference is “to provide an arena for a fact-based discussion of the humanitarian and developmental consequences associated with a nuclear weapon detonation. All interested states, as well as U.N. organisations, representatives of civil society and other relevant stakeholders are invited to the conference.”

This conference aims to bring together not only scientists and doctors to talk about the immediate blast, flash-burns, fires and radiation that would incinerate and contaminate millions, but also agencies that deal with refugees, food insecurity and the medical needs of millions of homeless, starving people, all of which will be compounded by predicted longer term effects such as nuclear winter and global famine that the detonation of less than one percent of today’s nuclear arsenals would cause.

Leaders have to think in humanitarian and environmental terms, as Gorbachev did.

The nuclear free countries have to stop behaving like passive supplicants, giving veto powers to their nuclear-armed neighbours. Unlike traditional arms control, humanitarian disarmament approaches recognise that everyone has the right and responsibility to take steps to prevent the use of nuclear weapons.

The best way to do this is to ban and eliminate nuclear weapons. Once the nuclear-free countries acknowledge their own power and responsibility, they will find that a nuclear ban treaty can be far quicker and simpler to achieve than they thought. By changing the legal context, such a treaty would be a game changer, draining power and status from the nuclear-armed governments and hastening their understanding of their own security interests, increasing the imperative for concerted nuclear disarmament rather than perpetual proliferation.

* Rebecca Johnson is executive director and co-founder of the Acronym Institute and vice chair of the International Campaign to Abolish Nuclear Weapons (ICAN).