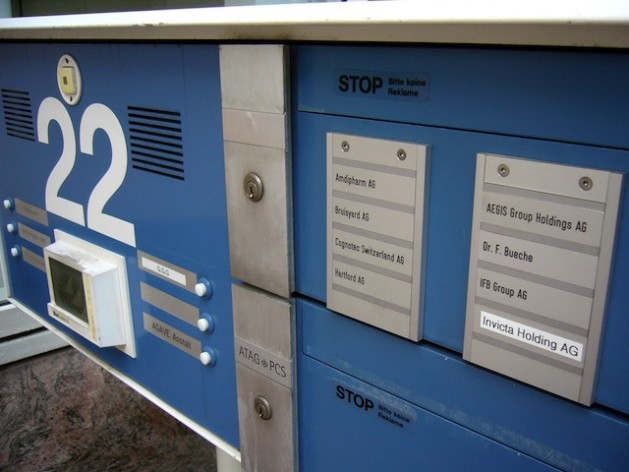 BASEL, Feb 18 2013 (IPS) - The Swiss government has presented a draft law regulating the private military industry but critics argue the law is toothless.

On Mar. 24 2010, a newly founded holding company was registered in Basel’s commercial register. Its name was Aegis Group Holdings AG. A few months later, on Aug. 2, it was noted that the holding had taken control over the London-based Aegis Defence Services Ltd.

AEGIS describes itself as “a leading private security and risk management company.” As such, it has been providing its services worldwide, including in war-torn countries such as Iraq and Afghanistan.

The company’s relocation caught the government as well as the public by surprise. More private military companies (PMCs) were expected to move to Switzerland, trying to profit from the country’s political stability, low business taxes and its peaceful and neutral image.

PMCs do not differ legally from any other security provider, and firms active in conflict zones are hard to identify in the commercial register. The Federal Department of Justice and Police estimates that the country is home to 20 such companies.

Switzerland has a long history of sending poor farmers as mercenaries to European battlefields. In the late Middle Ages, Swiss cantons took the role of the brokers. The decline of the mercenary business started in the 18th century and ended with the introduction of Switzerland’s federal constitution in 1848. From 1859 on, fighting on foreign battlefields was no longer permitted.

Thereafter, ‘neutrality’ became a fundamental element of Switzerland’s foreign policy and in a mythologised way a central piece of Swiss collective identity. The arrival of Aegis was seen by many as a threat to the country’s neutrality.

Swiss politicians pushed for establishment of a new legal frame for registration and licensing of private security companies. Josef Lang, then national councillor and a leading voice in the Group for Switzerland without an Army (GsoA) demanded a national ban of PMCs.

Swiss Justice Minster Simonetta Sommaruga announced a national “ban on mercenary companies” on Jan. 23. She said Switzerland would no longer serve as a base for activities that violate human rights. But what was announced as a ‘ban’ turned out to be an ineffectual regulation.

The draft law provides for notification and a ban on certain activities – but not of PMCs themselves. It forbids firms or holding companies based in Switzerland to “directly take part in hostilities within an armed conflict abroad.”

“In plain language, this means that the new law allows so-called security companies to act within armed conflicts abroad and to indirectly take part in hostilities,” says Josef Lang. “Anyone believing that in the heat of the battle anyone will differentiate between ‘direct’ and ‘indirect’ participation has no clue of today’s wars.”

Ulrich Petersohn, senior researcher at Zurich’s Centre for Security Studies (CSS) says that in international law the definition of ‘direct participation in hostilities’ is vague and subject to debate. “And where does self-defence end?” he asks. “Obviously, there’s a twilight zone.”

Petersohn points to a realistic dilemma: “What applies when a military compound guarded by PMC personnel is attacked?”

The new draft law also bans PMCs from “conducting any activities which encourage the commission of serious violations of human rights.” Josef Lang says: “Does that mean that encouraging light human rights violations is permitted?”

The Green Party politician believes the law cannot force Aegis to leave Switzerland. “They’ll simply promise to not directly take part in hostilities in conflict zones and to do nothing to encourage serious human rights violations.” It remains unclear how Swiss authorities could control mercenaries’ activities on the ground.

Albert A. Stahel, Director of the Institute for Strategic Studies based in the town of Wädenswil near Zurich believes that Switzerland’s attractiveness to foreign PMCs may get reduced, but that those already present will not be constrained. “The Federal Council should have proposed a clear a priori ban of PMCs, thereby clearly stating that we don’t tolerate any companies which take part in wars,” he tells IPS.

Petersohn also does not see significant legal constraints coming up for Aegis. “However, the sharpest weapon of the draft law is that on suspicion, lawsuits can be filed.” Companies are eager to avoid negative publicity, and that could put them under pressure, Petersohn says.

Lang holds up the strict regulation in Norway as example. “Instead of forbidding certain hardly definable activities, it would be more feasible to apply a more controllable criteria. Norwegian companies aren’t permitted to carry weapons in foreign countries.”

At the international level, Switzerland along with the International Committee of the Red Cross had launched a process leading to the ‘Montreux Document’ in 2008. This intergovernmental document signed by 44 states contains a compilation of good practices but is not legally binding.

Unexpectedly, the law proposed by the Swiss government does not stick to the suggested good practices. The Montreux Document advocates measures to guarantee transparency in authorisation such as oversight by parliamentary bodies. The Swiss draft law leaves out all transparency measures.

The law would, though, oblige Switzerland-based PMCs to sign the International Code of Conduct for Private Security Service Providers (ICOC-PSP), a self-regulatory framework that 592 PMCs have signed.

Stahel considers this approach useless, because there’s no sanctioning mechanism. Petersohn is hopeful that such codes may lead to development of norms that get some degree of compulsion.

ICOC-PSP primarily serves the image of its signature companies and keeps other service providers at a distance. Petersohn stresses that violations of the code nevertheless risk naming and shaming campaigns.

The Swiss parliament will debate the draft law, but isn’t expected to make it any harsher. “A step in the direction was taken,” says Stahel. “However, the glass is still only half full.”