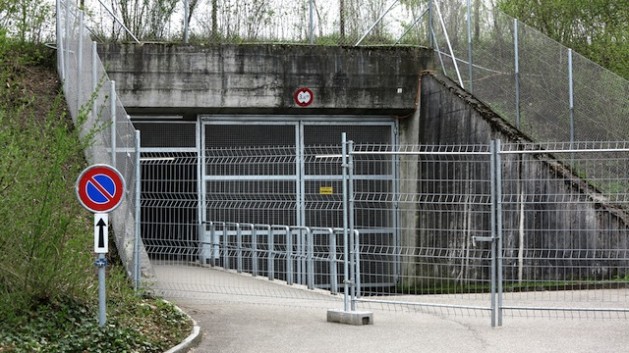 LUCERNE, Switzerland, May 2 2013 (IPS) - Struggling to accommodate all its asylum seekers, Swiss authorities have turned to unused army quarters. Some of these lie on mountain passes, far away from inhabited areas.

Last year, 28,631 persons asked for asylum in Switzerland, nearly twice as many as 2010. Most applicants came from Eritrea, Nigeria and Tunisia. At the end of March 2013, 44,478 persons were registered at the Federal Office for Migration (FOM), which is responsible the asylum process.

Swiss authorities struggle to accommodate all the immigrants. It’s a home-made problem however, as former justice minister and prominent right-wing politician Christoph Blocher initiated a drastic reduction in the country’s asylum infrastructure in 2006.

Reacting to the shortage, the Swiss government in March 2012 ordered the Federal Department of Defence, Civil Protection and Sport (DDPS) to provide accommodation for 4,000 asylum seekers. The DDPS oversees the Swiss Armed Forces, which have plenty of unused infrastructure.

Swiss army quarters often are located in very remote areas. However, many citizens are glad to see asylum seekers accommodated far away from populated areas. That atmosphere is the result of more than a decade of right-wing populist campaigns against foreigners and asylum seekers in special.

Before they are distributed to the cantons, the FOM hosts asylum seekers in its own collective centres. Due to the urgent need, remote accommodations seem right for the FOM, even if they pose logistical challenges.

One of these temporary accommodations was opened last October near the village Sufers in the Grison Alps 1,400 metres above sea level. “The asylum seekers live in an old, bleak bunker in a narrow valley,” says Denise Graf of Amnesty International, who recently was allowed to visit the place. “There are no houses nearby, just trees and heaps of snow.”

As in all FOM centres, asylum seekers may only stay outside between 9 am and 5 pm. An army barrack serves as a recreation room. For the weekend, they may leave the centre. “To compensate for their spatial isolation, they are given free tickets for public transportation on weekends. However, the next bus stop is several kilometres away from the bunker,” Graf tells IPS.

“Contact between Sufers’ 130 residents and the 80 asylum seekers is rare,” says the village’s mayor Thomas Lechner. “The centre is two-and-a-half kilometres away from the village.” Asked if he considered an underground bunker a suitable place for asylum seekers, the mayor says: “People are in there for a maximum of 35 days. For army troops, it was handled this way as well, so I guess it’s also reasonable for asylum seekers.”

As the centre in Sufers was closed in the end of April, IPS couldn’t speak to any of its inhabitants. However, former inhabitants of other remote asylum centres have spoken of extreme boredom, which sometimes raised the potential for conflicts.

“It is very difficult to live in bunkers, especially with limited freedom of movement,” says Moreno Casasola, secretary general of the refugee rights organisation ‘Solidarité sans Frontières’. “As you can also see from soldiers’ experiences, it negatively affects your mind quickly.”

The FOM was aware of that, so Sufers and other villages in the valley were asked to provide work opportunities. “It was a win-win situation for the asylum seekers as well as for our commune,” says mayor Thomas Lechner. “They prepared firewood, renovated hiking paths and cleaned wood pastures.

“Indeed, many asylum seekers have welcomed work opportunities. It has raised their acceptance and improved their reputation among locals,” says Amnesty’s Denise Graf. “However, it’s definitely no solution to place asylum seekers in such remote areas in the mountains.”

Because the centre in Sufers has closed, another temporary centre will be opened on the Lukmanier Pass, which connects the cantons of Grisons and Ticino. There, up to 100 asylum seekers will be accommodated once the snow has melted.

“We decided to lend a hand to the FOM,” Peter Binz says. He is the mayor of nearby Medel, the municipality to which the mountain pass belongs. Medel has 400 inhabitants, its main village Curaglia is 15 kilometres away from Lukmanier Pass.

“We approach the issue with a certain respect and openness,” Binz says. Currently, he collects ideas for work opportunities. “They’ll use the bus and our shop, but besides that there won’t be many contacts with the asylum seekers,” he estimates.

Quite soon, the FOM may announce the opening of yet another asylum centre at Lago della Sella 2,256 meters above sea level. The artificial lake is located near Gotthard Pass, which connects Switzerland’s North to the Italian-speaking South.

Lago della Sella belongs to the municipality of Airolo. Its mayor Franco Pedrini is worried: “Nobody lives up there. It’s a beautiful place just fine for a one-week holiday camp, however the climate is rough. It’s not suitable for asylum seekers.”

Even though the centre at Lago della Sella would only be used in summer, it isn’t unusual that snow falls even in July or August. “A little remote would be fine and please citizens who fear the asylum seekers’ presence,” Pedrini says, “but that’s just way too far from any civilized area.”

‘Solidarité sans Frontières’ radically opposes remote asylum centres. “These are human beings, not cows that are brought to the mountains in summer,” its secretary general Moreno Casasola says. He points at other options. “The FOM only relies on the DDPS to provide accommodations. They need to expand their range of partners and include for example clerical institutions, which own plenty of suitable real estate,” Casasola argues.

André Durrer, who works for the relief organisation Caritas, also shakes his head. He prefers asylum centres in urban agglomerations. “For 20 years, we have run asylum centres within populated areas without fences around them and private security standing guard. And it has worked,” he says.

“By providing good assistance and conditions for the asylum seekers, no increased security arrangements are needed like at FOM-centres,” Durrer argues.