“Farmers, particularly in the smallholder sector, are good risk managers because their fields usually have a diversity of crops in order to manage risk and ensure food security,” Linda Collette, secretary of the Commission on Genetic Resources for Food and Agriculture, tells TerraViva on the sidelines of the 38th conference of the Food and Agricultural Organisation of the United Nations (FAO), which opened in Rome on Jun. 15.

“Especially now when biodiversity is under threat from many factors, including climate change.” 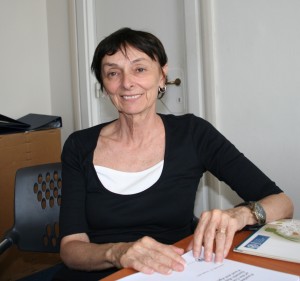 The 30-year-old Commission is the only permanent forum for governments to discuss and negotiate matters specific to biological diversity for food and agriculture. Genetic resources contained in crops, trees, marine and animal species are valuable in maintaining biodiversity in food systems. Genes are the molecular unit which contain the heredity of living organisms.

Global genetic resources are invaluable for food security, nutrition and livelihoods. The world should be worried about the future of food, Collette says, if no action is taken to conserve them and use them sustainably.

Genetic diversity — the root of biodiversity and therefore important for agriculture —  is being lost at an alarming rate due to factors such as climate change, loss of natural habitats, environmental degradation and population growth. An info graphic developed by FAO paints a worrisome  picture of the future of food.

What’s needed to correct the situation is an improvement in policy and legal frameworks on food security, as well as the integration of genetic resources and biodiversity into the development agenda, according to the Commission — which will table its Second Global Plan of Action at this week’s conference in Rome.

“We cannot have food if we do not use and manage our genetic resources,” Collette says. “When we reduce some genetic resources, this also reduces their genetic pool that provides resilience and traits that might be helpful in the future.”

"We cannot have food if we do not use and manage our genetic resources." - Linda Collette, secretary of the Commission on Genetic Resources for Food and Agriculture

Adopting a plant diversity approach, according to Frison, has the double benefit of protecting biodiversity and ensuring food security for farmers. “Water is going to be a limiting factor in the future and our interest is in how to make use of this scarce resource for the benefit of smallholder farmers who value biodiversity to manage risks.”

Through its research, Bioversity is availing many crop varieties to farmers that match their current needs, especially in a changing climate. Under its Seeds for Needs project in Ethiopia, the organisation has used Geographic Information System (GIS) technology — which visualises geographic and meteorological data and trends– to find out which plant varieties in gene banks will be suitable in different areas and rainfall conditions and make these available to farmers there.

Bioversity is promoting greater diversification by re-introducing crops that have virtually disappeared or have been neglected. It is working with women’s groups growing traditional leafy vegetables in Kenya. The project has given the women greater income and better nutrition.

“Indigenous fruits and vegetables,” she says, “have several advantages that have not been fully exploited. They can withstand harsh climatic conditions and are highly nutritious in terms of vitamins and minerals.”