A spirited campaign by the World Rural Forum (WRF) – a grouping of civil society organisations – led to the declaration of 2014 as the International Year of Family Farming by the U.N. General Assembly at its 66th session in 2011. 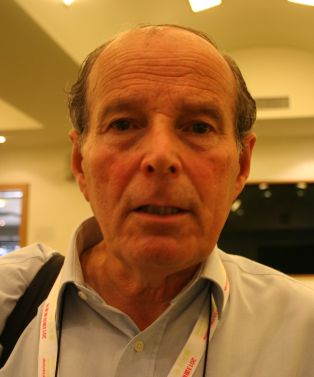 José Antonio Osaba García, coordinator of the IYFF, tells TerraViva that the declaration of the IYFF was a major victory in the fight for the rights of farmers to own land.

More importantly, it coincided with a shift within FAO – increasingly criticised for its focus on industrial farming – to include more civil society participation and family farming in discussions and decisions on global food security. Excerpts from the interview follow.

Q: Why the Year of Family Farming?

A: Who feeds the world? Family farms. We have pushed for this year to honour family farmers. We are using the year to push for better policies for family faming because in Africa, Asia and Latin America, many millions of women and men farmers keep the world fed. They do not have an alternative source of livelihood but farming.

We should develop the rural world in Africa but with women and men farmers as the head the movement and not for them to be pushed aside like the tendency now by huge investments from abroad. Women and men farmers should be supported with access to infrastructure and access to credit. So the year is centered on dialogue in favour of family farming as the real model for sustainable agriculture.

Q: Was it easy to get the declaration?

Q: As a civil society organisation (CSO), do you consider this your major victory?

A: Oh yes. We have been working on regional issues affecting farmers but this is the first major worldwide campaign and that is why it is so important because farmers may be in different continents with different situations, [but] they have common issues: access to land, accessing markets, challenges faced by women and youths, and we are using this year to articulate these issues.

Q: What does this mean about the participation of CSOs within the FAO?

A: This is the first time in history that a year has been declared by a social movement, not by governments. The voice of civil society has been heard and civil society can make a big difference in the global food security debate. We have more than 370 organisations in five continents in more than 65 countries working together.

We have a world consultative committee with representatives from each continent plus Oxfam International, IFAM, Slow Food and others. The World Rural Forum is just doing the coordination to keep the initiative together. The U.N. system needs civil society and civil society needs the U.N. so we are complimentary.