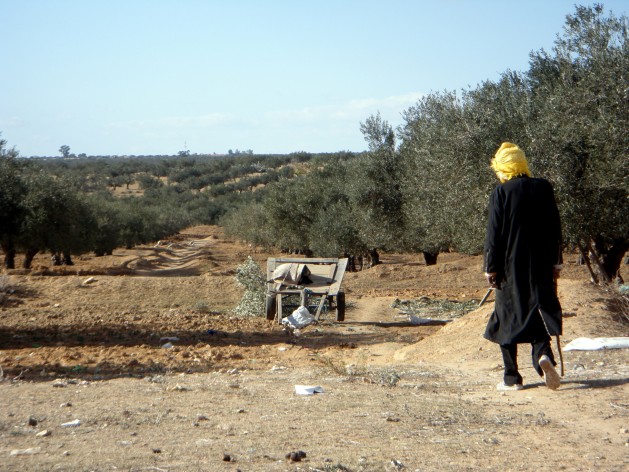 TUNIS, Jun 29 2013 (IPS) - Nearly two-and-a-half years since the toppling of the autocratic regime of Zine el-Abidine Ben Ali in the first regime change of the now famous Arab Spring, the high expectations of change to come with the revolution have hardly been met.

The dominant sentiment emerging is that Tunisia’s economy is sinking the revolution.

Unemployment, high prices, slow economic growth and huge regional disparities have triggered a touch of nostalgia among some for the reign of Ben Ali. Although he ruled with an autocratic hand, stability could be ensured to a greater extent than it can today.

With the country’s economic performance ratings lowered by both the rating companies Moody’s and Standard and Poor’s, it is widely agreed that the time for corrective action is now.

Not everyone is sure that the controversial 1.7 billion dollar International Monetary Fund (IMF) loan secured earlier this month is the answer to stimulating the economy. It is a standby loan with a five-year payback period, including a three-year grace period.

Of the three main pillars of the Tunisian economy, olive production, phosphate and tourism, only the olive industry is on secure footing.

“This loan is not intended for new projects, but to stabilise the banking sector and to increase confidence and create equilibrium in the Tunisian economy,” Abdallah Zekri, director general of the Ministry of Multilateral Cooperation and Development told IPS.

There are other loans and financial agreements intended to stimulate growth and create jobs, Zekri added. Foremost among these are two loans currently in the planning stage with the World Bank.

As a part of the interim strategy with the World Bank for 2013-2014, developing the export sector is priority. “Helping Tunisian enterprises to export more products and to reach new markets is the focus of this strategy,” Zekri said.

Beyond trade with the EU, new markets are being sought in South America, Africa and Asia and particularly Brazil, Chile, Indonesia and Malaysia. Additionally, the port infrastructure and shipping industry will be targeted for improvements, including a new transport logistics hub near the country’s largest port at Rades.

Zekri said an upcoming World Bank project would target youth employment. He said the goal is to secure more long-term work contracts for qualified new entrants to the job market, and step away from unhealthy dependence on temporary employment.

“Tunisians often dream of becoming something like a dentist or a professional in any given field,” economics and accounting specialist Mohamed Messay told IPS. But if instead of wanting to become a doctor you decided to open your own hospital, “that would employ many people and bring far greater good to society.”

Messay advocates a sharper focus on private businesses and start-ups, in addition to support and incentives for women entrepreneurs to enter the economy. In the event that foreign investment is less than substantial, he also envisions a scenario where the government invests in projects and companies, and then sells them in a mature state to private ventures later.

“But we have to keep an eye on the regional disparities and high levels of poverty,” Messay added. It would be a mistake, he said, to fully embrace the neo-liberal economic model without guaranteeing social support mechanisms and developing much-needed infrastructure, especially in the poorer regions of the west and the south.

TCSE is currently preparing an extensive survey of all social entrepreneurial activity in Tunisia and will be publishing its findings soon.

Of the three main pillars of the Tunisian economy, olive production, phosphate and tourism, only the olive industry is on secure footing, according to Messay. The phosphate industry has faced regular strikes in the Gafsa area, which has led to heavy financial losses.

While many are concerned about the formation of a new constitution, and the debates on the place of religion in Tunisian society, blogger and academic Oussama Zekri says these are not the most important issues, and that the government will be judged on what it can do for its struggling population.

Oussama Zekri hopes that politicians and the electorate will be able to recognise this, not get caught up in populist debates, and focus on what really matters for the country’s future.

Zekri said the government and the next one will have to make the economy and employment the highest priority: “This is the main issue. We are working hard on this front and believe that creating more opportunities for people, especially young people, will turn to fruition.”