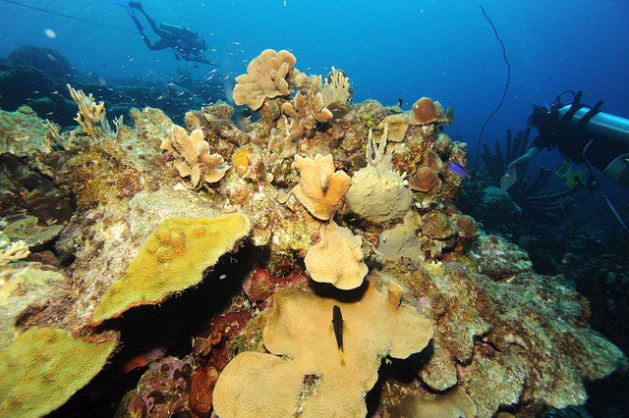 According to WildEarth Guardians, a conservation watchdog, U.S. officials have failed to protect ocean-dwelling species at anywhere near the rate received by animals that live on land, despite legislative and executive mandates to do so. More importantly, the group suggests, the relevant science does not support such a disparity.

For decades the United States has had federal legislation, known as the Endangered Species Act (ESA), in place to offer protections to those plants and animals officially deemed in danger of extinction. According to figures provided by WildEarth Guardians, the ESA has officially protected 2,097 species since its enactment in 1973.

Yet just 94 of these have lived in the oceans and seas. The petition’s list would thus nearly double the marine species receiving federal protection.

“To date the U.S. has largely failed to protect marine species under the ESA,” WildEarth Guardians stated Monday. “[This new petition] aims to begin righting this imbalance, which does not reflect the scientific reality of species at risk of extinction. The petition demonstrates that threats to marine species are no less dire or diverse than those jeopardising terrestrial species.”

The group says it wants to use the petition, listing only species that have been deemed endangered or critically endangered by widely recognised international scientific groups, to “jumpstart” the national discussion on this disparity and, more broadly, on the increasingly perilous state of marine wildlife and ecosystems.

“There’s been a clear historical imbalance in terms of offering federal protections to marine species, partially because for a long time the science was stronger for terrestrial species – it was just easier to tell when they were in bad shape,” Bethany Cotton, wildlife programme director for WildEarth Guardians, told IPS.

“But that science has now caught up for many of these [marine] species, and their imperilment is very clear. Yet to a certain extent, the public can still deal with the ocean as ‘out of sight, out of mind’, which makes it easier for large, charismatic animals like whales to receive attention but not for smaller or lesser-known species.”

She continues: “However, it is the government’s responsibility to focus on the science, and it hasn’t been doing that on its own.”

A spokesperson for the National Marine Fisheries Service, Connie Barclay, told IPS that the department’s endangered species team had not yet seen the WildEarth Guardians petition, and so could not comment on its content.

“The purpose of the Endangered Species Act is to conserve threatened and endangered species and their ecosystems. It helps guide conservation efforts and ensures that a species does not go extinct,” Barclay said by e-mail, noting: “Our process for listing species under the ESA is transparent and offers opportunities for public comment.”

The petition comes in the aftermath of an executive order issued in 2010 by President Barack Obama expressing concern over the deterioration of ocean ecosystems and ordering all U.S. government agencies to “use the best available science and knowledge … [to] protect, maintain, and restore the health and biological diversity of ocean … ecosystems”.

That order built on recommendations by a national task force, which also led to the creation of a new comprehensive national marine policy. Three months ago, President Obama’s administration published a final plan for implementation of this new National Ocean Policy.

“The Obama administration has put more focus on creating a comprehensive framework for managing our oceans,” Miyoko Sakashita, oceans director for the Center for Biological Diversity, an advocacy group, told IPS.

“That said, one of the pieces that fell short was using powerful existing laws to protect the oceans, and the Endangered Species Act is an example of legislation that was probably underutilised in the National Oceans Plan.”

Taking advantage of a provision within the Endangered Species Act that allows for science-based petitions from the public, the WildEarth Guardians request builds upon the assessments of two international wildlife observer groups, the International Union for the Conservation of Nature (IUCN) and the Convention on International Trade in Endangered Species of Wild Fauna and Flora (CITES), a 1973 global agreement.

All 81 species included in the new petition have been deemed endangered or critically endangered by the IUCN and CITES. As such, environmentalists see the new petition as a way to test U.S. regulators’ seriousness following President Obama’s 2010 order.

“If [the government] won’t take action in situations as dire as those faced by these critically imperilled species,” Jay Tutchton, WildEarth Guardians’ general counsel, said Monday, “it signals the agency doesn’t really want to do anything but talk about declining ocean health.”

Problems of the commons

Importantly, the Endangered Species Act allows the U.S. government to offer protections to species not living within the country’s territory. Doing so can assist in, for instance, cutting down on U.S. demand for certain wildlife products and making available funding for overseas management activities.

“There is certainly increased awareness of the significance of the threats to marine health and ocean ecosystems, but we’ve repeatedly seen action at the international level become stymied by politics,” Bethany Cotton says.

“Just as the most politically volatile such discussions on terrestrial animals revolve around elephants, because of the money involved in the ivory trade, this is also true of the coral used in jewellery and the sharks killed for the lucrative fin trade. That’s why it’s particularly important that the United States, which has supported protection efforts on sharks and coral at the international level, to do whatever it can under domestic laws to protect those species.”

Once the National Marine Fisheries Service has officially received the WildEarth Guardians petition, officials will have three months to decide which, if any, of the requested species warrant investigation. Thereafter, the agency will have 12 months to decide whether protections are merited and to offer proposals for draft rules.

“Oceans are tricky, as they cross a lot of jurisdictions and encounter lots of problems of the commons,” the Center for Biological Diversity’s Sakashita says.

“But the United States can play a very important role in this regard, both elevating the importance of protecting a particular animal and establishing itself as a leader in protecting the oceans more generally.”