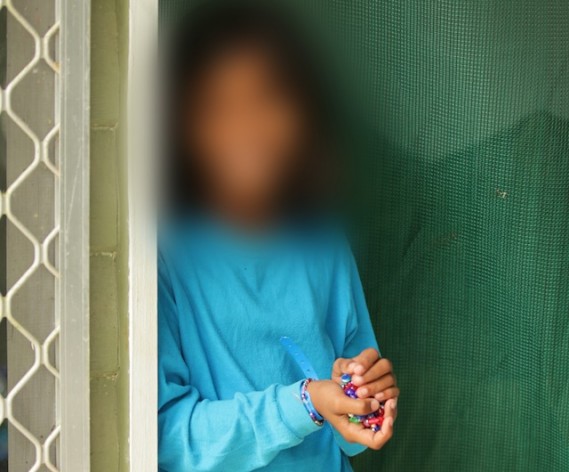 DOHA, Aug 1 2013 - The first asylum-seekers sent to Papua New Guinea (PNG) under Australia’s tough new refugee policy have arrived in the Pacific nation, to be detained at the Australian-run processing centre.

Their arrival on Thursday formally brought into effect July’s bilateral agreement, known as the PNG Solution, where asylum-seekers trying to arrive in Australia by boat are sent to PNG for processing and resettlement, even if they are judged to be genuine refugees.

Tony Burke, Australia’s immigration minister, said it showed that Canberra was serious about not resettling “boat people” in Australia.

“As of now there are the first 40 people in Papua New Guinea who are realising that the people-smugglers no longer have a product to sell,” Burke said.

“The promise of living and working in Australia, which is sold by people-smugglers before they push people onto the high seas, is no longer a product available.”

The issue of asylum-seekers has featured prominently in the lead-up to the Australian election, due this year, which will pit the Kevin Rudd-led Australian Labour Party government against the conservative opposition, headed by Tony Abbott.

Both parties have promised a harsh stance, with Abbott unveiling rival plans for a military-led operation and detention for arrivals in a tent city on the South Pacific island of Nauru in Micronesia.

More than 1,400 asylum-seekers have arrived on 18 boats since the government announced its new stance.

Australia’s processing facility on Manus Island’s Lombrum Naval base can only house 500 people, but it plans to expand the centre to accommodate at least 3,000.

Burke visited the camp in July, in the wake of rape and torture claims, which he pledged to investigate.

The immigration minister said more people would be flown to PNG in the coming days, with an advertising campaign spelling out the policy in key transit countries like Indonesia and Sri Lanka to be stepped up.

Human rights groups have criticised the state of existing facilities at Manus Island and the U.N. said last week that it was “troubled” by the decision to send asylum-seekers there.

The U.N. refugee agency highlighted “significant shortcomings” in the legal framework for receiving and processing asylum-seekers.

“These include a lack of national capacity and expertise in processing, and poor physical conditions within open-ended, mandatory and arbitrary detention settings,” the UNHCR said.

Australia resumed sending asylum-seekers offshore to Manus Island and the Pacific state of Nauru in 2012 in an attempt to deter record numbers of asylum-seekers arriving by boat.

Hundreds of refugees have drowned as they tried to make the perilous journey in recent years.

The first transfer comes as Peter O’Neill, PNG’s prime minister, outlined the costs of major projects Australia has agreed to fund as part of the deal.

O’Neill told The Australian newspaper that the total cost would be about 705 million dollars, with Australia contributing about 439 million.

The project includes the rebuilding of a hospital and renovation of PNG’s universities, which will be jointly funded, the construction of a key highway between Lae and Madang, and a new court building in the capital Port Moresby which Canberra will solely fund.

O’Neill said his country had agreed to help because Australia was “our best friend” and “we are a Christian nation”.

The agreement has angered the PNG opposition, which has launched legal action in an attempt to thwart the deal.

Opposition leader Belden Namah told Al Jazeera that the legal case would argue that the agreement was in breach of Papua New Guinea’s constitution on human rights and of the U.N. Refugee Convention.