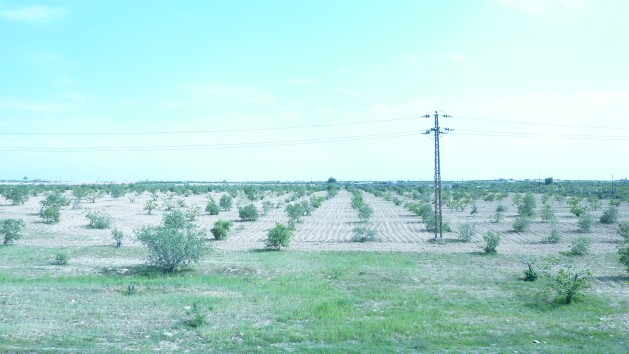 “The armed groups carrying out the Sinai attacks aren’t drawn from local families and tribes,” Sinai-based journalist Hatem al-Bulk told IPS. “Often masked, they strike their targets and vanish into the mountains.”

“The local people,” he added, “have no idea who they are.”

On Oct. 7, three police officers were killed and dozens injured when a car bomb went off near South Sinai’s regional security directorate.

"Along with militant Islamist groups, there are those who have an interest in maintaining Sinai's longstanding position as a major arms- and drug-smuggling route."

Six soldiers were killed the same day in a drive-by shooting near the Suez Canal, while a major government satellite transmitter was damaged by a rocket-propelled grenade (RPG) in southern Cairo – the first attack of its kind to be seen in the capital.

In mid-August, 25 policemen were reportedly killed in a single attack in North Sinai. The incident came five days after hundreds of demonstrators were gunned down when security forces violently dispersed a pro-Morsi sit-in in Cairo.

Until now, the violence in Sinai has been confined to the peninsula’s north-eastern quadrant, near Egypt’s borders with Israel and the Gaza Strip. Monday’s brazen attack on the security directorate was the first such attack in South Sinai.

Army spokesmen, meanwhile, say that more than 100 security personnel have been killed in the on-going operation.

No groups have claimed responsibility for the attacks, with a few recent exceptions (including the South Sinai attack, which was claimed by an obscure Sinai-based group called ‘Ansar Beit al-Maqdis’).

Egypt’s military-backed authorities say they are the work of “terrorists” with links to the Muslim Brotherhood – the group from which Morsi hails. Since Morsi’s overthrow, hundreds of the Brotherhood’s high- and mid-ranking members have been detained on charges of “inciting violence”.

The Brotherhood, for its part, denies any connection to the violence in Sinai, saying it is committed to peaceful protest with the aim of restoring “constitutional legitimacy”.

Al-Bulk, who is based in the North Sinai city of Al-Arish, says the Sinai-based militants behind the attacks number no more than a couple thousand in total.

“They don’t have a unified leadership,” he said, “nor are they known by a single name.”

According to al-Bulk, Morsi had tried to “come to terms” with some of these groups during his one year in office.

“In return for halting attacks on security personnel and Egypt’s natural gas pipelines, they were given relative freedom of movement,” he said. But he ruled out allegations that the Brotherhood either supported or financed such groups.

Nor does al-Bulk dismiss the possibility that “at least some of these groups are controlled – or at least influenced – by foreign intelligence agencies with interests in Sinai.”

Egypt’s Sinai Peninsula is inhabited largely by Bedouin tribes who have traditionally had an uneasy relationship with the central government in Cairo. The last decade of the Mubarak era had been marked by occasional attacks on the peninsula – also by “unidentified elements” – typically followed by the arbitrary arrest of thousands of local men.

Seif Abdel-Fattah, a Cairo University political science professor and former Morsi aide (he resigned from the post last November), pointed to “several parties” with an interest in escalating violence in Sinai.

“Along with militant Islamist groups, there are those who have an interest in maintaining Sinai’s longstanding position as a major arms- and drug-smuggling route,” he told IPS, “not to mention other criminal elements.”

All these groups were prepared to use violence, he added, including attacks on security forces, “when it suits their purpose.”

Abdel-Fattah, too, dismissed the likelihood of direct links between the embattled Muslim Brotherhood and events in Sinai.

“It’s a matter of action, reaction and counter-reaction,” he said. “Every time security forces tighten the noose on these Sinai-based militant groups, they respond by delivering a powerful blow.”

On Wednesday (Oct. 9), a senior army commander – along with three soldiers – was injured in an attack in central Sinai. The same day also saw a handful of attacks elsewhere on the peninsula.

Under the treaty’s terms, Egypt can’t make any major military deployments in Sinai without prior Israeli authorisation. Therefore, until the recent military campaign (to which Israel has given its tacit support), the peninsula had remained largely devoid of an effective security presence.

“Camp David stipulates a degree of [Egypt-Israel] security cooperation in Sinai,” said al-Bulk. “That coordination was maintained under Mubarak, went on under Morsi, and continues now under Egypt’s new military-backed government.”