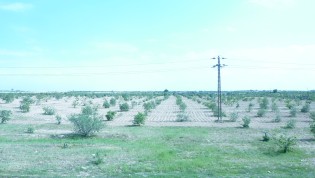 By Adam Morrow and Khaled Moussa al-Omrani
A period of more than three months since former president Mohamed Morsi's ouster by Egypt's powerful military establishment have been marked by almost daily attacks on Egyptian security personnel, especially in the restive Sinai Peninsula. The identity of the attackers remains a mystery.

By Hisham Allam
The violence in Cairo came amidst firm indications that Muslim Brotherhood members hit back after a brutal crackdown this week that left many hundreds dead. And the winds of retaliation have blowing in from the Sinai peninsula, the desert to the east.
ADVERTISEMENT ADVERTISEMENT