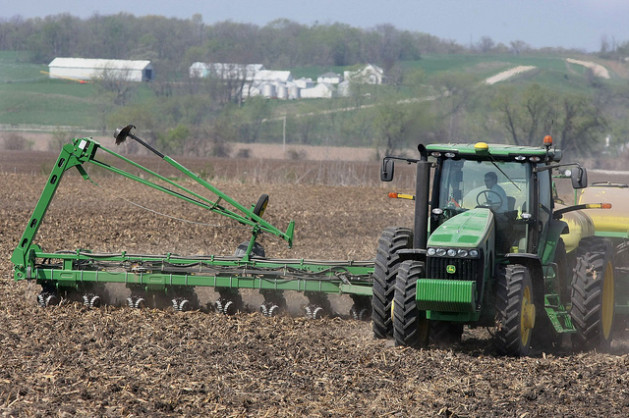 CHATTANOOGA, Tennessee, Oct 15 2013 (IPS) - The news for environmental journalism in the United States is grim and getting grimmer.

On Mar. 1, the New York Times announced it was discontinuing the Green Blog that tracked environmental and energy news. In January, the paper had dismantled its three-year-old environment pod.

"Without journalists to uncover stories and speak to authoritative sources, the public loses." -- FERN's Samuel Fromartz

This year, too, Johns Hopkins University retired its 30-year-old science writing programme, following in the footsteps of Columbia University which, in 2009, closed its earth and environmental science journalism programme because of a poor job market.

Like climate change, the demise of science reporting is a slowly unfolding tragedy, say many environmental journalists in the United States.

At a time when conversations should be revolving around climate change, energy, natural resources and sustainable development, space for environmental reporting and coverage in the United States seems to be shrinking.

The latest report from the Intergovernmental Panel on Climate Change, the fifth in a series, says the evidence is now overwhelming that humans are the primary drivers of global warming.

“A potential knowledge gap arises as environmental journalism shrinks. The public learns less about environmental and related health issues, but at the same time may fall prey to unscientific claims that often hold sway on the Internet,” a worried Samuel Fromartz, the editor-in-chief of the non-profit Food & Environment Reporting Network (FERN), told IPS on the sidelines of the 23rd annual conference of the Society of Environmental Journalists, held earlier this month in Chattanooga, Tennessee.

“Without journalists to uncover stories and speak to authoritative sources, the public loses,” he said.

Scott Dodd, editor of On Earth.org of the Natural Resources Defence Council, and who considers climate change the “most urgent story of our times”, told IPS that environmental issues are “consistently under-covered”.

“Environment is maybe 25 percent of a reporter’s beat,” Dodd said. “They are asked to cover city hall, night cops, the planning commission, and squeeze in an environmental story here and there when there’s time.”

In addition, climate change and the associated energy issues “tend to be complex, unspool over longer time periods, and require a level of knowledge and expertise that the average general assignment reporter might not have,” he added, noted that he is one himself.

“A long-term story like climate change, where the news today isn’t all that different from the news last week or last year, it’s difficult without a deep knowledge of the subject to find a fresh angle and sell an editor on why it should be front page news,” Dodd said.

Founded in 1990 by a small group of “full time” reporters and editors, the SEJ’s membership speaks volumes of this decline. Today, with a current strength of 1,300 members, a vast majority are “freelance journalists”, not all by choice, conceded Beth Parke, SEJ’s executive director.

But to be fair, if space for pure environmental journalism has shrunk, a bit of “cross-fertilisation” with other beats is still taking place.

“Editors generally understand that they cannot cover health, food, real estate, transportation, politics, energy, consumer issues… without bringing environmental questions into the story in one way or the other,” Parke said.

Interestingly, this meltdown of environmental reporting in the U.S., observed Adam Vaughan, editor of the U.K. based Guardian’s environment site, is not mirrored on the other side of the Atlantic.

The Guardian, for example, still has four reporters, two editors, two sub-editors and a picture editor dedicated to the subject, and earlier this year the paper hired an Australian environment correspondent for the first time. The Times, said Vaughan, recently moved one of its best reporters, Ben Webster, back to the environment beat.

So what did environmental journalism in the U.S. lose its glory to?

According to Parke, “Scandals, celebrities, sports – almost everything but serious investigative journalism is favoured as opposed to explanatory and public service journalism.”

The commercial media, she said, are “under severe pressure” to cover issues that increases their sales, ratings, listenerships and online views.

But all is not lost. This shuttering has led to a new genre – a rise in nonprofit journalism.

“I have seen the rise of more specialist sites online, such as InsideClimate, which won a Pulitzer recently, and Climate Central,” said Vaughan.

“There’s been the rising phenomenon of philanthropic-funded environmental efforts [such as Carbon Brief, China Dialogue, and Energy Desk], as well as freely-distributed public interest reporting from veteran journalists under the banner of the Climate News Network which were doing some of the best reporting on climate change,” he said.

And yet this kind of reporting has some obvious pitfalls.

“I’d view [blogs and magazines by NGOs] as an extension of their communications and marketing work, not what I’d recognise as traditional, independent journalism. It’s writing with an agenda, however impartial it appears to be,” said Vaughan.

Dodd, on the other hand, is worried “fewer people are seeing the important stories that these new outlets are telling” because these tend to be smaller, niche operations, without the resources or audience reach that national newspapers and the nightly network news were once able to command.