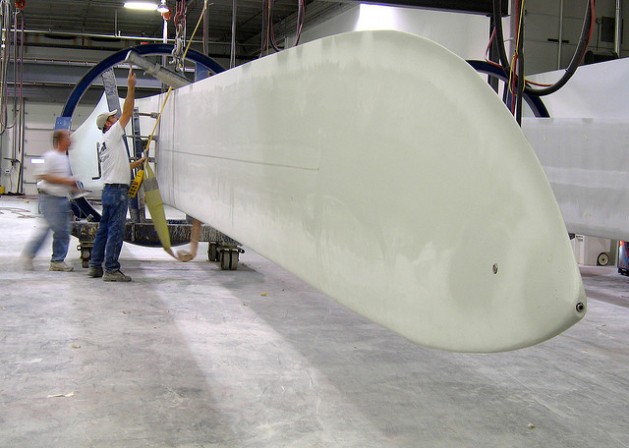 Attempts have been made to liberalise this market for years. But on Tuesday, 13 countries, constituting nearly 90 percent of the current trade in green goods such as solar panels, wind turbines and wastewater treatment filters, came together in Geneva to try again to reach agreement.

"There is no definition yet of what actually constitutes an ‘environmental good’, and many of the goods being considered are actually harmful to the environment.” -- Ilana Solomon

Yet there remains significant confusion around the actual potential – or even broader aim – of the talks, towards what’s being called the Environmental Goods Agreement. Green groups are expressing open scepticism of the process, taking place under the World Trade Organisation (WTO).

“From our perspective, we think increasing trade in and use of environmentally beneficial products is incredibly important. But we have really serious concerns about the approach the WTO is taking,” Ilana Solomon, the director of the Responsible Trade Program at the Sierra Club, a conservation and advocacy group, told IPS.

The WTO talks are taking place between the United States, the European Union, China, Australia, Japan and others. Representatives are starting from a list of 54 product categories, agreed upon in 2012 among the Asia-Pacific Economic Cooperation (APEC) grouping.

The APEC countries are now working to reduce tariffs on these products to below five percent by 2015.

Yet the list includes many items that can be used in ways that could be either environmentally positive or negative. This includes, for instance, waste incinerators, centrifuges, gas turbines, sludge compactors and a variety of technical machinery.

The list would also seem to largely exclude poor countries. Currently, only Costa Rica has joined what are otherwise industrialised and middle-income economies in the talks.

“Poor countries are probably not producing these items,” Kim Elliott, a senior researcher on trade at the Center for Global Development, a think tank here, told IPS. “If they don’t participate in these talks they’ll likely lose out around high tariffs, but they’re probably not going to be doing much exporting.”

While proponents tend to characterise the negotiations in terms of lowering overall prices for green goods, little is said of the potential impact on nascent domestic industries.

“There might well be reasons a developing country would want to develop its own industry in, say, solar panels or wind turbines,” the Sierra Club’s Solomon says. “But having low or no tariffs could impede the ability of these countries to develop their own domestic renewable energy industries.”

The World Trade Organisation does not include climate change in its purview. Yet since the mid-1990s the multilateral organisation says it has worked to establish “a clear link between sustainable development and disciplined trade liberalization – in order to ensure that market opening goes hand in hand with environmental and social objectives.”

Momentum behind the new talks is in part due to a push from President Barack Obama. Last year, as part of a major new focus on climate, the president announced that U.S. officials would engage in the negotiations in order “to help more countries skip past the dirty phase of development and join a global low-carbon economy.”

The administration’s interest in the issue will also be shared by other proponents of expanded free trade. Multilateral trade talks have seen little to no progress over the past two decades, after all, so proponents hope that linking these issues could give a fillip to the multilateral system.

“Everybody, at least on paper, wants to do something on climate change, so this is seen as an issue that might be able to move,” the Center for Global Development’s Elliott says. “The idea is regarded as something of a win-win, as useful for the trading system and also for the planet.”

Of course, the U.S. government’s interest is also around strengthening U.S. exports, and as political pressures have risen around the world around climate change, the trade in green goods has quickly become a major force. According to official estimates, this market’s value doubled between 2011 and 2007, and stood at around a trillion dollars last year.

The U.S. share has been growing by eight percent per year since 2009, amounting to some 106 billion dollars last year.

Certainly business interests, in the United States and industrialised countries around the world, are showing significant interest in the new talks. On Tuesday, nearly 50 major business groups and trade associations wrote to the WTO negotiators to “strongly endorse” their efforts.

The industry groups also expressed hope that an accord around environmental goods could act as a catalyst for broader liberalisation.

“An ambitious [agreement] will further increase global trade in environmental goods, lowering the cost of addressing environmental and climate challenges by removing tariffs that can be as high as 35 percent,” the groups stated.

“In addition to its intrinsic commercial importance and desirability, a well-designed [agreement] can act as a stepping stone to lowering tariffs and other trade barriers in other sectors and associated value chains.”

The U.S. administration may share this view. The Sierra Club’s Solomon points to a recent letter from Michael Froman, the United States’ top trade official, requesting the U.S. International Trade Commission to research the potential impact of trade liberalisation around environmental goods.

“In the absence of a universally accepted definition of an ‘environmental good,’” Froman wrote, “I request that, for the purpose of its analysis, the Commission refer to the items contained in the list attached to this letter.”

That list, which extends to 34 pages, contains hundreds of items not currently on the APEC list. These range from natural products (honey, palm oil, urea, coconut fibres, bamboo) to the technical (pipes and casings “of a kind used in drilling for oil and gas”) to the seemingly random (vacuum cleaners, cameras).

“This appears to suggest that this exercise isn’t about protecting the environment but rather about expanding the current model of free trade – a backdoor attempt to achieve liberalisation on a broad range of goods,” Solomon says.

“As this process moves forward, we’ll need a full environmental impact assessment of everything on the list under consideration. And it can’t just be the end uses that are examined, but rather the whole lifecycle of a product’s impact that is taken into account.”