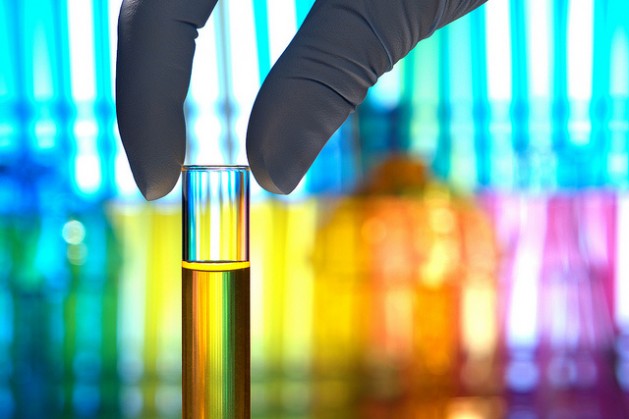 Of the tens of thousands of chemicals thought to be in regular use in the United States today, the government’s main labour regulator oversees fewer than 500. Credit: Bigstock

WASHINGTON, Oct 22 2014 (IPS) - The U.S. government will soon begin receiving public suggestions on how federal regulators should update their oversight of toxic chemicals in the workplace.

The new information-gathering process, which began last week and will continue for the next six months, could result in the first major overhaul of related regulations in more than four decades. Of the tens of thousands of chemicals thought to be in regular use in the United States today, the government’s main labour regulator oversees fewer than 500.

"Many workers are currently being exposed to levels of chemicals that are legal but not safe … The process through which OSHA issues new exposure limits or updates old ones is broken.” -- OSHA chief David Michaels

“New chemicals are being introduced into worksites every year, and we are struggling to keep pace with the potential hazards,” David Michaels, the top official at the Occupational Safety and Health Administration (OSHA), an office within the Labour Department, told journalists while unveiling the new request for information.

“As a result, 40 years after the creation of OSHA, thousands of American workers are still becoming ill and dying from exposure to hazardous chemicals.”

The agency is now in the early stages of what could be a landmark attempt to expand this oversight. While the current move applies solely to workers, if successful it could mark a new phase for U.S. chemicals regulation in general – long criticised for having essentially ceded control to the chemicals industry.

The key laws on chemical safety in the United States date back to the 1970s, and are almost universally seen as so weak as to be nearly worthless. Yet while momentum among lawmakers to update these laws has picked up recently, the replacement proposals have been fiercely derided by public health and environmental groups.

Now, the chemicals industry suggests that it supports OSHA’s plan to revisit its regulatory regime, though sector has ardently fought stricter regulation in the past. Indeed, one its main lobby groups intimates that current efforts are already successful.

“We share OSHA’s commitment to protect the safety of workers and to keep regulatory programs up-to-date,” a spokesperson for the American Chemistry Council, a trade association, told IPS. “Our companies have reduced their recordable injury and illness incidence rates by 80 percent since 1990.”

Yet the spokesperson also warned against government overreach.

“As the administration moves forward,” he noted, “we urge them to continue to engage stakeholders and to pursue a clear, workable approach that will focus on workplace exposures that represent a significant risk of harm and that will yield the greatest safety benefits.”

In regulating hazardous chemicals that workers come in contact with while on the job, the crux of OSHA’s oversight mechanism is a list of what are known as permissible exposure limits (PELs). These set caps on the amount of specific airborne chemicals – for instance, formaldehyde, asbestos or lead – beyond which would be considered unhealthy.

Understandably, these figures are haggled over by public health experts, labour representatives and business owners. However, far more concerning than the specifics of the PELs is how difficult – indeed, near impossible – it has been to add new compounds to this list.

As OSHA’s Michaels noted, of the tens of thousands of chemicals in regular use in the United States today, the agency’s PELs number only around 500 compounds. Further, this list has seen almost no change since it was created in 1971, with updates or additions for only some 30 chemicals.

“Many of these PELs are dangerously out of date and do not adequately protect workers,” Michaels stated.

“As a result, many workers are currently being exposed to levels of chemicals that are legal but not safe … The process through which OSHA issues new exposure limits or updates old ones is broken.”

Any major rewrite of OSHA’s chemicals oversight could have an inordinate impact on marginalised communities across the United States. Immigrants, racial minorities and the poor are all overrepresented in a spectrum of sectors that tend to see the highest use of hazardous chemicals.

Further, while U.S. labour regulations for the most part do not extend overseas, including at U.S.-owned ventures in other counties, significant regulatory changes in Washington could have important knock-on effects throughout certain sectors.

“This process does have the potential to improve working conditions abroad,” Matt Shudtz, the acting executive director at the Center for Progressive Reform, a watchdog group here, told IPS.

“Many multinational companies have safety departments. So if they have a plant in the United States where they’re addressing these hazards, they could choose to apply that same principle across the board.”

A spokesperson for OSHA likewise told IPS: “Hopefully the updated PELs will encourage employers all over the world to protect their workers from chemical hazards.”

Shudtz’s office is strongly supporting the new moves from OSHA as well as an eventual expansion of the agency’s PELs. But he also notes that a new rulemaking process is not the only way to deal with the current problem.

The legislation that governs OSHA gives it the power to write regulations for specific hazards. But this process is significantly constrained by a requirement, from the early 1990s, that the agency engage in a cost-benefit analysis for any regulatory action.

Such an approach has been a top priority for U.S. businesses and industry, and is reflected in the warning from the American Chemistry Council quoted at the beginning of this article.

But Shudtz and others point to a “catchall” provision, called the General Duty Clause, that allows OSHA to cite a company for hazardous behaviour if there exists both general industry agreement that the behaviour is dangerous and an obvious alternative.

“In the chemicals industry there are consensus-based standards that a lot of employers follow because they protect workers fairly well. And in general, those standards are more up to date than OSHA’s,” Shudtz says.

“The General Duty Clause says that OSHA can use those consensus standards as the basis for its enforcement. Unfortunately, they rarely take that opportunity.”

This is likely due to limited resources, as companies can challenge negative citations and thus drag out the process significantly and expensively. Yet Shudtz says that strong but selective enforcement under the General Duty Claus could achieve an important goal.

“If OSHA were to choose a chemical where there’s widespread exposure and a clear standard that could be applied, and engage in a few enforcement cases and really stick to their guns,” he says, “that would send an important message to other employers that they ought to be abiding by stricter standards.”