Opinion: Dance with the Dragon 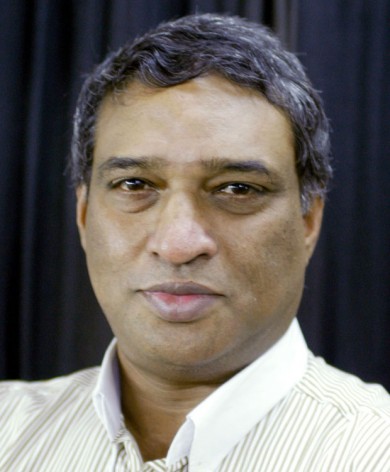 NEW DELHI, Sep 18 2015 (IPS) - Prime Minister Narendra Modi had a meeting with India Inc. to discuss the global economic crisis and how the country can seize the emerging opportunities. The National Democratic Alliance (NDA) government does believe this crisis is indeed an opportunity as the economy’s fundamentals remain strong.

India is also considered the best performing economy globally. However, instead of providing suggestions, industrialists outlined their worries, ranging from higher taxes to protecting domestic industries like steel from dumping. One consequence of this meeting was a defensive response by India in slapping a safeguards duty on specific steel imports from China, among other countries.

The government, for its part, does not have any ideas either beyond basking in the glow of self-satisfaction that India has overtaken China in growth.

With a new base year and methodology for computing the gross domestic product, the economy has the stride of an Asian tiger than a sluggish elephant! Growth in the current financial year is 7 per cent, a pace that is a tad higher than that of the Chinese economy. Instead of engaging with the dragon and creating interdependencies that is a win-win situation for ‘Chindia’, the fact of being ahead in the growth sweepstakes is the all-important issue that has occasioned a sense of triumphalism.

India now has the opportunity to “take the baton of global growth” from China, stated the minister of state for finance. “The world needs other engines to carry the growth process” added finance minister, Arun Jaitley.

What these ministers conveniently overlook is that a slowdown in China has greater global consequences than a statistical uptick in India’s pace of expansion. The prospects of the world economy would deteriorate dramatically if the deceleration in China’s growth gathers momentum. If a country that accounted for 40 percent of global growth last year cannot expand as fast as it did in earlier decades, it can trigger a global recession by itself.

The Indian economy also cannot keep expanding at the current rate indefinitely. A burst of acceleration is often followed by an equally sharp deceleration. India has experienced 17 years of accelerated expansion from 1993 to 2010. China’s example is a singular one as it has expanded at a super-rapid rate for more than three decades.

The big question is not if, but when the slowdown kicks in. Having enjoyed robust expansion, the law of averages is bound to assert itself. There is thus a strong probability that India’s growth also will brake sharply like China’s according to US economists Lant Pritchett and Lawrence Summers.

For such reasons, there are mutual advantages if India gets closer to China. India Inc. must take a long-term view of the engagement. Former Prime Minister Manmohan Singh firmly believed that this process of coming together of the two countries represented an ‘international public good’ when the spectre of recession haunts the global economy. “It is a historic necessity for the two great neighbours to work together. There will be areas of competition, and there will be areas for cooperation. There is enough space in the world for both countries to continue to grow and address the developmental aspirations of their peoples,” argued Singh way back in 2008.

China’s problems can, in fact, be a huge gain for India’s Make in India programme as it has a lot of investible resources while we have the requirement. The big problem is that India Inc. is very hesitant about Chinese investments. The dragon has run out of surplus labour and wages are fast rising. Some of its labour-intensive industries like textiles have begun to shift out to lower wage economies like Vietnam and Bangladesh. This is a huge opportunity that can be leveraged by India. The PM’s India Inc. meeting only threw up a suggestion that China extends six-month credit to companies, whereas in India companies struggle even for 15-day credit.

India Inc. harbours a defensive mindset about China. Although it is India’s most important trading partner — bilateral trade volumes have risen to 70.6 billion dollars — there is unease over China’s trade surpluses that have ballooned to 37.8 billion dollars in 2014.

Industry’s concern is that the surge in Chinese exports affects Indian manufacturing; that it cannot compete as the latter’s pricing mechanism is opaque with massive subsidies. The yuan is also devalued, sending ripple effects across all emerging countries, including India. This translates into a targeted flood of Chinese goods into India, resulting in huge surpluses year after year.

There are no prizes for guessing that India’s huge trade imbalance deters a closer truck with China. India’s position appears more akin to a Third World country that exports raw materials like iron ore and cotton while importing manufactured goods. While mining, textiles and clothing make up a large chunk of our exports, China exports a range of electrical and other types of machinery to India like automatic data processing machines and transmission apparatus for radio and telephony. India must diversify its exports as intermediates, parts and components for regional and global supply chains are becoming more and more important in China’s imports.

Despite the problems they face in India, Chinese investments have been rising since January 2015 when equity inflows were up to 159 million dollars. They rose to 275 million dollars in February and 203 million dollarsin May. Some of these are by Alibaba and Huawei in the technology space.

The Dalian Wanda Group plans huge investments in retail properties and industrial townships. Two Chinese industrial parks are coming up in Maharashtra and Gujarat. This flurry of interest has been especially marked after India launched its flagship programme to encourage domestic manufacturing last year.

Attracting more such investments to help build India’s industrial sector is the best way to take advantage of the current world-wide crisis, regardless of its spread, depth and severity. The Chinese (including the Japanese and South Koreans) can help modernize our railways, build power facilities, highways and dedicated freight corridors. The wrong way is to get defensive by protecting Indian industry against Chinese goods through safeguard duties.