Sep 7 2015 (IPS) - This week, for the fourth time in a row, the annual gathering of the apex intergovernmental body of the United Nation deliberating on peace and non-violence will take place at the U.N. headquarters in New York. 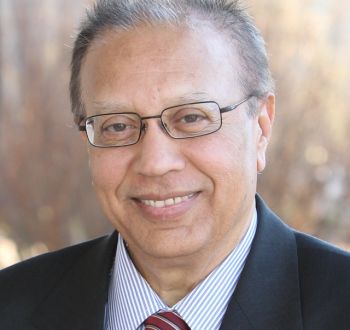 President of the ongoing 69th session of the General Assembly Mr. Sam Kahamba Kutesa has convened the fourth U.N. High Level Forum on the Culture of Peace on Sep. 9.

This daylong event is an opportunity for U.N. Member States, U.N. system entities, media and civil society interested in discussing the ways and means to promote the Culture of Peace and to join the discourse on strengthening the global movement for the implementation of the U.N. Declaration and Programme of Action on the Culture of Peace as adopted by consensus by the General Assembly on Sep. 13, 1999.

It also creates a platform for various stakeholders to have an exchange on the emerging trends and policies that can significantly impact on advancing the culture of peace.

This historic norm-setting document is considered as one of the most significant legacies of the United Nations that would endure generations. I would always treasure and cherish that. For me this has been a realisation of my personal commitment to peace and my humble contribution to humanity.

In the responsibility that the United Nations – as the only universal body – must shoulder in fulfilling its Charter obligation of maintaining international peace and security worldwide, stronger focus on prevention and peace building is essential.

In a historical perspective it is worthwhile to note that asserting and re-affirming the commitment of the totality of the United Nations membership to build the Culture of Peace, the General Assembly has been adopting resolutions on the subject every year since 1997.

The Assembly, through its annual substantive resolutions, has highlighted the priority it attaches to the full and effective implementation of these visionary decisions which are universally applicable and sought after by the vast majority of all peoples in every nation. It recognises the need for continuous support to the strengthening of the global movement to promote the Culture of Peace, as envisaged by the United Nations, particularly in the current global context.

The Forum in 2013 included Ministerial level participation and at its 68th session, the General Assembly adopted, by consensus, Resolution 68/125 on “Follow-up to the Declaration and Programme of Action on a Culture of Peace”, which was co-sponsored by 105 Member States.

This year the keynote speaker at the Forum is the fifth grandson of Mahatma Gandhi, Mr. Arun Gandhi, who prides calling himself “The Peace Farmer” as he sows the seeds of peace and non-violence following the footsteps of his grandfather whose birthday on Oct. 2 is observed by the United Nations and the international community as the International Day of Non-Violence.

He builds on the message of last year’s keynote speaker Ms. Leymah Gbowee, 2011 Nobel Peace Prize laureate who is a global legend leading civil society activism for peace and equality. Of course, Secretary-General Ban Ki-moon will join the Forum at the opening with his ardent advocacy for the culture of peace.

This High Level Forum is taking place at a time of some of the worst violence against civilians we have seen in recent years. Clearly, the hope that the new millennium would be a harbinger of peace has turned out to be rather misplaced.

The lesson in this, I believe, is that however much the world around us changes, we cannot achieve peace without a change in our own minds, and thereby in the global consciousness.

The wealth and the technology can only open up the opportunity to better the world. We must have the mind to seize that opportunity; we must have the culture of peace developed in each one of us both as an individual as well as a member of the global society.

Also, we must remember that technology and wealth can be put to destructive use too. The difference between war and peace, between poverty and prosperity, between death and life, is essentially prompted in our minds.

Why the culture of peace?

Peace is integral to human existence — in everything we do, in everything we say and in every thought we have, there is a place for peace. Absence of peace makes our challenges, our struggles, much more difficult. I believe that is why it is very important that we need to keep our focus on creating the culture of peace in our lives.

One lesson I have learned in my life over the years is that to prevent our history of war and conflict from repeating itself – the values of non-violence, tolerance, human rights and democratic participation will have to be germinated in every man and woman – children and adults alike.

Each of us can make an active choice each day through seemingly small acts of love, compassion, forgiveness, empathy, cooperation or understanding, thereby contributing to the culture of peace. Eminent proponents of peace have continued to highlight that the culture of peace should be the foundation of the new global society.

In today’s world, more so, it should be seen as the essence of a new humanity, a new global civilisation based on inner oneness and outer diversity.