KATHMANDU, NEPAL, Sep 28 2015 (IPS) - After a decade of violent insurgency, followed by another decade of chaotic transition, Nepal promulgated its new constitution on Sept. 20, 2015. Immediately afterwards, the U.N. issued a rather terse statement attributed to Secretary-General Ban Ki-moon that merely “acknowledged” the adoption of the constitution, without any congratulatory warmth. 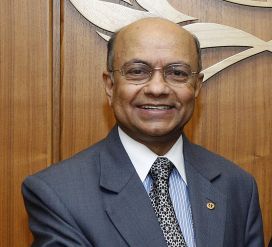 Many Nepalis with great respect and affinity for the U.N. were dismayed at this lukewarm reaction from an organization that played an important role in the country’s peace process. The reverberations of this disappointment seem to have reached U.N. Headquarters in New York.

Within four days, the U.N. issued a second statement recalibrating its initial reaction. In the much warmer latest statement, Ban Ki-moon “commends the Nepali people on the adoption of the new constitution” calling it “a milestone in the peace process”. In both statements, the Ban rightly stressed the importance of non-violence and respect for peaceful protests.

Here is a brief background on the new constitution of Nepal.

The constitution was adopted by an overwhelming majority, comprising over 90 percent, of a popularly elected Constituent Assembly (CA) in elections that were considered largely peaceful, free and fair by the United Nations, and by independent national and international observers.

Besides the very high voter turnout in direct elections, the CA reflects a mirror image of the country’s highly diverse population through proportional representation of many ethnic and sub-regional communities, including historically marginalized groups, such as women and Dalits.

Like all other democratic constitutions of the world, Nepal’s constitution is not perfect. It is a document of political compromise that reflects the relative strength of various political parties currently represented in the CA. But it offers plenty of room for amendments according to the changing needs of the times through two-thirds majority of parliament, as in most democratic countries.

The constitution enshrines many positive and progressive principles for the first time in Nepal’s history. These include republicanism, federalism, secularism and an inclusive democracy. The themes of social justice, gender equality and inclusion run through different parts of the document, including specific affirmative actions for the benefit of historically marginalized and deprived communities, especially women and Dalits.

For example, it is mandated that one-third of members in the national parliament, and 40 percent in local assemblies, must be women. In addition, the constitution provides for mixed proportional representation of people of different communities in all elective organs of the government, from the central to local levels. It mandates the appointment of officials in all branches of government from the broadest cross section of Nepali citizens.

Allowing the use of local languages in state and local government and public institutions, will ensure citizen-friendly local governance. A dozen different constitutional commissions will be established to ensure that historically disempowered communities are truly empowered to fully exercise their constitutionally approved rights. All these provisions make Nepal’s new constitution one of the most progressive in South Asia, if not in the world.

But like all other constitutions of the world, Nepal’s new statute is not perfect, and there is plenty of room for improvement. Some of the major weaknesses to be rectified are: certain discriminatory provisions with regard to gender equality in acquiring citizenship by birth and naturalization; the need to give greater weight to population rather than to existing administrative units in determining electoral constituencies; and the necessity of a certain minimum threshold of votes for political parties to be eligible for proportional representation.

These and some other legitimate demands of various groups – including the Madhesis, Tharus and other communities – need to be accommodated through the normal process of constitutional amendments.

There have been many celebrations welcoming the new constitution, with most people expressing a sigh of relief that the long-drawn, divisive and expensive process of drafting the constitution is finally over and Nepal now has a progressive new constitution. But a small group of parliamentarians boycotted the CA process, rejected the new constitution and have launched a protest movement in the southern plains of Nepal bordering India.

Some of these protests have turned violent inflicting deaths and injuries among both protesters and security personnel. The main complaints of the protesters concern the demarcation of federal boundaries, which they demand should be primarily identity-based. The relative weight to be given to identity versus economic viability and administrative convenience has become a highly contentious and emotionally charged issue.

Political parties emphasizing identity lost badly in the latest election, but they insist on their agenda citing earlier agreements with the government following previous street agitations. Indeed, it has become customary in Nepal for parties and activists to try to secure their demands through strikes, demonstrations, and even “revolutionary violence” when they fail to garner enough support through elections and normal parliamentary processes.

India, Nepal’s giant neighbour surrounding the land-locked country from three sides, has a huge influence – positive as well as negative – in the politics, economy, trade and commerce of Nepal, as it does with all its neighbouring countries in South Asia.

It is quite common between neighbours of asymmetrical size that smaller countries often feel bullied and threatened by their larger neighbour, whereas the bigger country sometimes feels frustrated with the petulant behaviour of its smaller neighbours. This is precisely what is happening currently in the Indo-Nepal relationship.

India has felt inadequately consulted and listened to by Nepal in the final stages of the drafting of the constitution. Nepalis, on the other hand, feel that drafting a national constitution is their sovereign right and duty, without being unduly influenced by outside powers.

Piqued by Nepal not listening to its advice when the constitution was promulgated, India issued a statement in which it simply “noted” the adoption of “a” rather than “the” constitution. It has since imposed an undeclared blockade of Nepal, creating shortage of petroleum and other essential products.

A wave of anti-Indian protests are taking place across Nepal now, even as key trading routes between the two countries are blockaded in a seemingly coordinated manner by India and some disgruntled political groups on the Nepali side of the border.

It is in this context that the U.N.’s lukewarm “acknowledgment” of the adoption of the new constitution dismayed Nepalis as it followed India’s cold, if not hostile, reaction. Nepal’s other big neighbour China, and many other countries have welcomed the new constitution much more warmly, though all want to see the protesters and the government resolve all pending disputes and demands through peaceful negotiations.

Whereas bilateral relations between Nepal and India maybe influenced by geopolitical considerations, the U.N. should be guided solely by principles and norms of the U.N. Charter, various human rights and other treaties and conventions. The U.N.’s Department of Political Affairs (DPA) and, earlier, the U.N. Mission to Nepal (UNMIN) were often criticized for relying heavily on the analysis and advice of some young journalists, columnists, academics and activists championing what they considered to be “progressive agenda”.

By contrast, the views of many Nepalis with long experience and expertise working inside the U.N. system or dealing with it at senior levels, such as former ambassadors to the U.N., foreign ministers, and senior U.N. officials, including those who have successfully commanded U.N. peace-keeping missions were often politely dismissed.

Indeed, it was only after the departure of UNMIN that the long pending peace process, particularly the integration and rehabilitation of ex-Maoist combatants, was successfully completed with the wise guidance of an experienced former Nepal Army General with long experience of commanding a U.N. peacekeeping operation abroad.

The U.N. SG’s second statement welcoming Nepal’s new constitution as an important milestone of the peace process conveys a more accurate and balanced perspective. Nepalis in all walks of life look to the U.N. to play a thoughtful and constructive role in helping Nepal overcome the difficult challenges it faces now, guided by the principles of its Charter and relevant human right conventions rather than considerations of realpolitik or progressive-sounding populism.