The agreement crowned the “Africa 2016” investment forum held in the Egyptian Red Sea resort Sharm El Sheikh with the participation of business leaders together with government officials and heads of international organisations to discuss trade and investment as engines of progress. African heads of state and government from Ethiopia, Equatorial Guinea, Gabon, Nigeria, Sudan and Togo took part in the forum. 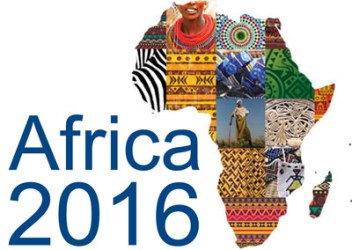 Courtesy of the African Union Commission

No official figures relating to the amount of these investments have been released. “They (the private business sector) are ready to invest. Africa is the continent of the future, this is clear. However, there are huge hurdles that have been ‘scaring’ the big business pundits,” an Egyptian diplomat commented to IPS on condition of anonymity.

Corruption comes first on the list of impediments to investment along with instability, the source said. Studies by the World Bank, the UN Development Programme and Transparency International confirm that Africa is still the most corrupt region in the world and that it has failed to solve the problem.

“Without all that there will be meetings and more meetings, but decisions will not find their way to implementation. The volume of trade between African countries does not exceed 10 per cent of the continent’s foreign trade, and will not increase unless tariff barriers are reformed and needed infrastructure is built, such as roads and ports to transport goods, among other,” said the diplomat who was a member of the Egyptian delegation of the the Sharm El Sheikh Africa 2016 forum.

Along with the installation of giant power generation plants, a 7.000-kilometres-long Cairo-Cape Town railways line is among the large projects that attract private investors.

“Development Is No Longer a Dream”

“Times have changed in Africa,” says the Business for Africa Forum‘s concept document which was submitted to the meeting.

With interest in the continent growing exponentially, some of today’s newest business players are originating from non-traditional regions such as South America, Eastern Europe, the Gulf, and Africa itself, it adds.

“While well-established and new partners from Europe, North America, and Asia continue to be valued, it is interesting to note that the private sector’s scope of attention is increasingly widening to include, especially among new-comers, consumer-market industries including food, IT, tourism, finance, and retail.”

According to Business for Africa Forum, those who have been paying attention to Africa have seen these amassing figures: a GDP in excess of 2 trillion dollars; a growing middle class of over 313 million consumers, and consumer spending breaking through the one trillion dollar mark and projected to reach 1.4 trillion dollars by 2020.

Also a labour force estimated at 382 million people and expected to grow to over 500 million by 2020, and the youngest population in the world, which tomorrow will yield the lowest dependents to workers ratio in the world.

Regional integration and favourable trade agreements between African countries continue to be critical to this process.

The landmark tripartite agreement between COMESA (CommonMarket for Eastern and Southern Africa, 19 countries); SADC (Southern African Development Community, 15 countries) and the EAC (East African Community, 5 countries), which was launched in Sharm El Sheikh in June 2015 creating the biggest trading block in Africa, with 26 out of the 54 African Union member countries, and a market of close to 620 million consumers, equivalent to 50 per cent of Africa’s over 1,2 billion inhabitants.

Africa has been registering one of the highest annual economic growth rates, between 2 per cent and 11 per cent, making an average of 7 per cent.

Egypt, which co-organised the forum with the AU, COMESA, SADC and EAC , has a privileged position between Europe, the Gulf, Asia, and Africa, with 8 per cent of global sea-borne trade between the East and the West passing through the Suez Canal, a percentage which is expected to grow with the new Suez Canal Regional Development Project.

The Africa 2016 Forum has marked a step further towards the implementation of the the goals adopted during the January 2012 African Union Summit which focused on the theme of “Boosting Intra-Africa Trade”, as part of the heads of state and government decision to establish a Continental Free Trade Area.

The African Union’s Program on Boosting Intra-African Trade is mainly based on these key pillars:

1. Trade is widely accepted as an important engine of economic growth and development. There are many regions and countries of the world that have been able to lift their people from poverty to prosperity through trade.

In Africa, however, trade has not served as a potent instrument for the achievement of rapid and sustainable economic growth and development due mainly to three interrelated basic features: size, structure, and direction. At around 3 per cent the share of Africa in global trade is insignificant.

Intra-African trade stands at around 13 per cent compared to approximately 60 per cent, 40 per cent, 30 per cent, intra-regional trade that has been achieved by Europe, North America, and the Association of South East Asian Nations (ASEAN, 10 countries) respectively.

Even if allowance is made for Africa’s unrecorded informal cross-border trade, the total level of intra-African trade is not likely to be more than 20 per cent, which is still lower than that of other major regions of the world.

3. That African countries do not trade much with each other has meant that they have been unable to fully harness the synergies and complementarities of their economies and take full advantage of the economies of scale and other benefits (such as income and employment generation) that greater market integration would have provided.

There are cases where products and services could have been sourced competitively from other African countries but were procured from outside the continent.

4. Due to the fact that Africa does the bulk of its trade with the outside world and the exports are heavily concentrated on primary commodities, the continent has been particularly vulnerable to external macroeconomic shocks and protectionist trade policies. This is evident from the recent global economic and financial crisis which, although not of the making of African countries, has had adverse impact on the continents economic performance.

Thus a major lesson to be drawn from the systemic shocks in the global economy is the need for Africa to promote intra-regional trade.

5. Boosting intra-African trade and deepening regional market integration constitute a necessary response to the challenges facing Africa in the multilateral trading system and the global economy. The boosting of intra-African trade and the deepening of Africa’s market integration, by fostering competition among African countries, will assist in enhancing their capacity and prepare them to compete more effectively on the global market.

6. The Action Plan for Boosting Intra-Africa Trade specifically aims at deepening Africans market integration and significantly increasing the volume of trade that African countries undertake among themselves.

The African leaders, in their 2012 summit in Addis Ababa, decided to establish a Continental Free Trade Area (CFTA) by an indicative date of 2017.

The CFTA will bring together fifty-four African countries with a combined population of more than 1,2 billion people and a combined gross domestic product of more than 3.4 trillion dollars.