Yuefen Li is Special Advisor on Economics and Development Finance of the South Centre For more information see http://www.southcentre.int/category/publications/southviews/

GENEVA, Mar 27 2016 (IPS) - Argentina signed an agreement in principle on 29 February 2016 with four “super holdout” hedge funds including NML Capital Ltd, Aurelius Capital, Davidson Kempner and Bracebridge Capital. Buenos Aires would pay them a total of about 4.65 billion dollars, amounting to 75 percent of the principal and interest of all their claims of Argentina’s bonds that were defaulted on during the 2001 debt crisis. This deal would allow the return of Argentina to the international capital market after more than 15 years of exclusion. 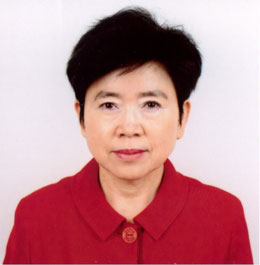 The payment is to be made in cash before 14 April 2016, provided that Argentina’s Congress approves the repeal of Argentina’s domestic laws, namely the Lock Law and the Sovereign Payment Law, which prohibit the country from proposing terms to the holdouts that are better than those Argentina offered to its creditors in earlier restructurings.

The reason to call the four hedge funds as “super holdouts” is because they are the largest, the most combative and the most tenacious holdout creditors. Argentina floated exchange bonds in 2005 and then again in 2010 after it defaulted during the 2001 debt crisis on its bonds that were valued at nearly 100 billion dollars. Ninety-three percent of the holders of Argentine restructured sovereign bonds accepted the exchange proposals at a considerable “haircut” (i.e. discount rate) of about 65%.ed bonds). The remaining 7% of the bond holders turned down the offers.

In 2003, NML Capital Ltd first sued Argentina for repayment of 100% of the face value of the bonds they hold. As a result of the suit, U.S. District Judge Thomas Griesa issued his pari passu ruling which prohibited Argentina from servicing its bonds before paying the holdouts. This led Argentina to default on its debt again in 2014.

To end the stalemate, the newly elected President of Argentina, Mauricio Macri, made resolving the holdout dispute a priority and in February 2016 offered to pay 6.5 billion dollars to the group of six hedge fund holdouts. Two of the funds accepted the offer but not NML and three other funds which asked for better terms.

Yet the tactics and the business model the “super holdouts” used to get a windfall out the legal battle as well the legal precedence this case left behind may have potential negative systemic impact on future sovereign debt workout. How to mitigate the negative impact and make future debt workout timely and orderly?

Current efforts have concentrated on making it more difficult for holdouts to rush to the court room through strengthening current contract clauses. However, the financial incentives to be “super holdouts” are immense.
However, NML and other holdout hedge funds have done everything within the law. Purchase of sovereign bonds on the secondary market at discount rates may be legal, but one can say that the business model of specializing in purchasing hugely undervalued bonds for the purpose of resorting to litigation and other means to force the distressed governments to pay the full face value is not ethical because it is at the expense of the ordinary tax payers and the well being of a sovereign state. Additional, Judge Griesa’s pari passu injunction is a strong leverage for the holdouts against the bond issuer. This injunction may still be held as a precedence and be resorted to in the future-a bet for bond issuer to lose the case.

Three approaches may be of value to consider for the purpose of reducing the recurrences of the NML-style “super holdouts”.

One approach is to reduce incentives for holdouts. It is common business practice for goods and services bought at huge discount in retail stores or via internet to have clear stipulations that they are either not refundable or cannot be changed or returned. People take it for granted that it is a lawful and correct business practice. To buy things at Christmas sales and go back to the stores and request for refund of the full original price of the products would be considered as unethical. Why then is it so unlawful to reject the request of the “super holdout” to get paid 100% when the bonds were bought at a fraction of their face value? Because sovereign bond contracts never mention bonds bought at very deep discount at the secondary market would be treated differently at times of debt restructuring, the issuing State then gets bound to respect the bond contract and pay it at face value.

In the absence of a multilateral legal framework on sovereign debt restructuring mechanism, reducing incentives may be done through revising the contractual terms for the bonds. In the case when the bonds were bought at a steep discount, there could be a contractual clause to limit the margin of returns to minimize the likelihood of litigating for 100% repayment. Consideration could be given to add a clause to bond contracts to the effect that “in case of a debt restructuring, the bondholders would be paid back no higher than X% of the purchase price of the bond.” The percentage could be a range and take into consideration the past holdout cases together with haircut levels of historical debt restructuring incidences. The range or specific percentage should allow sufficient profit margin and avoid the possibility of moral hazard of strategic default. In this way, secondary market operations would not be disrupted and hopefully the incentives for super holdout could be diminished.

Other ways of reducing incentives for super holdout should be examined. For instance, the statutory penalty interest rates of some of the bonds Elliott Management holds are exorbitantly high.

According to the Wall Street Journal, these bonds would bring 10-15 times of return to Elliott Management. These kinds of arrangements give insane incentives to holdout bond holders.

Another way out is to explore whether it is really beneficial for the stability of the international financial market not to regulate hedge funds specialized in debt holdout. At a time of increased social responsibilities for the institutions of the real economy, more regulations in the banking sector and more specific codes of conduct for various business sectors, should there also be some regulations and codes of conduct with respect to these hedge funds?

Finally, there have been repeated international efforts to establish an international debt workout regime or legal framework to cope with systemic issues relating to the “too late and too little” phenomenon for debt restructurings as well as the holdout problem. The IMF tried in 2003. The United Nations General Assembly set up an Ad Hoc Committee mandated to create a multilateral legal framework for sovereign debt restructurings in September 2014.

As one outcome, in 2015 the Committee formulated the ‘Basic Principles on Sovereign Debt Restructuring’ based on years of research and consensus building in UNCTAD. However, political resistance from the developed countries has made it difficult for the United Nations to push the work to a more inclusive and substantive phase. The Argentina case has proved once again the need of a debt workout mechanism.