Any Ways to Combat Extremism? 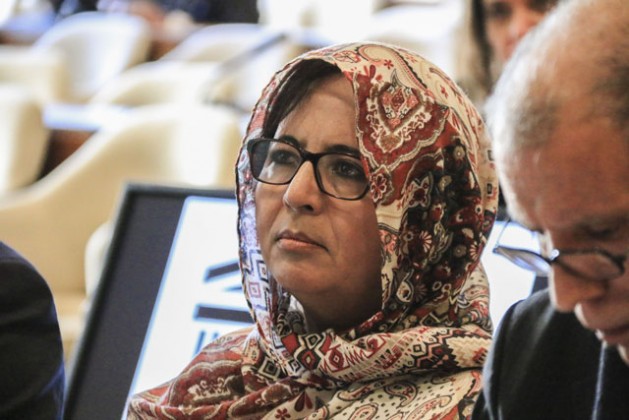 Mehla Ahmed Talebna, Director General of Cultural, Social and Family Affairs of the OIC. Credit: Courtesy of the OIC

ROME, Apr 25 2016 (IPS) - “The objective of extremists is for us to turn on each other [and] our unity is the ultimate rebuke for that bankrupt strategy.”

This is what the UN chief Ban Ki-moon has recently said. “While it may be inevitable to draw on examples, such as Da’esh [also known as the Islamic State of Iraq and the Levant, or ISIL] or Boko Haram, “the phenomenon of violent extremism conducive to terrorism is not rooted or confined to any religion, region, nationality or ethnic group.”

“Let us also recognize that today, the vast majority of victims worldwide are Muslims,” Ban on April 8 stressed while addressing the Geneva Conference on Preventing Violent Extremism – The Way Forward.

There, Ban stressed, “violent extremism is clearly a transnational threat that requires urgent international cooperation.” Then he explained that his Plan of Action to Prevent Violent Extremism puts forward a comprehensive and balanced approach for concerted action at the global, regional and national levels.

Such Plan was first submitted to the General Assembly on 15 January. Then, on 12 February, the 193-nation body adopted a resolution that welcome Ban’s initiative, pledging to give further consideration to the Plan, including in the Global Counter-Terrorism Strategy review in June 2016, as well as in other relevant forums.

Barely six days after the UN chief’s assertion that the vast majority of victims of extremism are Muslims, the Organisation of Islamic Cooperation (OIC)—which was founded in 1969 being the second largest inter-governmental body after the UN, grouping 57 member states – held its 13th Islamic Summit in Istanbul on 14-15 April to discuss ways on how to combat the escalation of extremism and terrorism and the resulting growing Islamophobia.

How to do this? IPS posed this question in an interview to Mehla Ahmed Talebna, Director General of Cultural, Social and Family Affairs of the OIC. 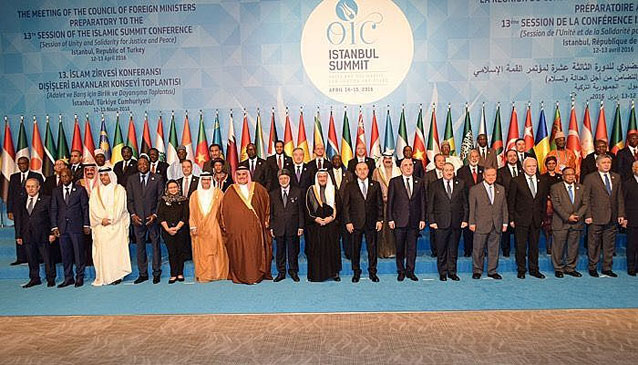 OIC summit in Istanbul. Credit: Courtesy of the OIC

“The OIC summit agreed on a set of measures to counter Islamophobia. And member states have been also be urged to establish stronger dialogue with the international community at the bilateral and multilateral levels and engage with the West in order to establish stronger cross-cultural and religious ties as a counterweight to polarising sentiment against religious minorities.”

Talebna explained that the Istanbul summit discussed “the need to reinforce the role of religious and social leaders in halting tendencies towards extremism, which sometimes fuel Islamophobia, by encouraging the principles of tolerance, moderation, mutual respect and peaceful coexistence.”

Asked what are the key reasons behind on-going wave of Islamophobia in Western countries in general and in Europe in particular, Talebna said “despite the growing social ethics, the Economy in Europe has gone towards the opposite direction, hand-in-hand with populist rhetoric and a resurgence in far-right politics.”

“Negative Stereotypes Against all Muslims”

This coupled with the extremist acts of a few Muslims that have made it easier to generalise negative stereotypes and discrimination against all Muslims to take place, she said.

“Such circumstances inter-mingled with the rising intolerance against Islam and Muslims in western countries, which to a large extent was proliferated by widespread reporting, writings, articles, interviews, commentaries, and editorials in some western print and visual media, including social media and cinema that has resulted in negative stereotyping and racial discrimination and victimization directed against Muslims and distortion of the Islamic faith.”

“We also encouraged all OIC Member States to work with the media to promote the understanding of responsible use of freedom of speech, to hold the media accountable for perpetuating hate speech and extremism, and to speed up the implementation of the OIC Media Strategy in Countering Islamophobia, adopted at the Ninth Islamic Conference of Information Ministers held in Libreville, Republic of Gabon, in 2012.”

This requires partnership and mutual trust with the West, and notably advancing cultural rapprochement something the OIC is committed to, Talebna added.

Asked about the role of religious and social leaders in halting tendencies towards extremism, Talebna said “We are setting up an anti-extremism messaging centre that uses leading Islamic clerics, through the International Islamic Fiqh (jurisprudence) Academy, to create religiously sound counter-narratives against extremist propaganda.”

“We will also collaborate with various NGOs and institutions and community leaders advocating and promoting tolerance, moderation and mutual respect and countering extremist rhetoric.”

The OIC is also making efforts to restrain extremism by taking actions such as empowering women as well as building capacity among the youth in order to promote peace and development in the Muslim world. We expect that such an approach will help easing the problem of extremism in the long run, she said.

Asked how could she explain to lay people the reasons behind the growing trend of Muslim societies, especially in the Middle East, to seek refuge in religion, Talebna said, “If such a trend is indeed taking place, then this is not a trend confined to Muslim societies. Religion is generally on the rise across the developing world.”

She explained that countless surveys have shown that religious people are more law-abiding happier and generally not prone to extremism. “If it makes people happier then more religion and religious practice should be welcomed. Even many people believe that religion could bring about, not only happier, but also healthier life.“

“Religion can play a positive social, political, economic, cultural and spiritual role in society. After all, it has done so for centuries across the Islamic world and led the world in scientific discovery, education, governance and proven conducive to building strong multicultural societies. There is no reason any increased observance of religion in the Islamic world cannot, with the right institutions and intellectual leadership, lead to similarly positive results.”

The OIC Summit planned to adopt a set of “practical” measures “to counter mounting anti-Muslim sentiment, both in Western countries and other regions of the world. How?

“The official communiqué of the Islamic Summit calls on all Member States to increase the role of religious and community leaders to curb tendencies of extremism, and to diminish Islamophobia, which is in fact main factors of extremism,” Talebna said to IPS.

“The conference encouraged all Member States to promote inter-faith and inter-religious dialogues within the OIC Member States to raise awareness about religious interpretations and beliefs, and open space for further discussion about Islam and faith and to initiate relevant projects at the level of United Nations Alliance of Civilizations.”

The OIC also encouraged all Member States to make further efforts to effectively implement of the Action Plan contained in Res. 16/18 of the Human Rights Council that focuses on combatting anti-religious hatred without double standards

“In an attempt to address the root causes of factors giving rise to the resurgence of racism and xenophobia more generally, of which Islamophobia is a part, the OIC expressed support for efforts to galvanize the international community towards re-engaging with the on-going discourse on the negative historic legacies of trans-Atlantic slave trade and colonialism.”

According to the OIC high official, such a discourse would include the reference to the looting of cultural heritage and artifacts and the related issues of restitution, reparations and atonement for these wrongs, including the need for an agreement on strategies for achieving them.

In this regards, the Istanbul summit further mandated the OIC to support the convening of an international conference to comprehensively discuss the issue of the slave trade, slavery, colonialism, restitution and reparations.