Why Set Up a Shell Company in Panama? 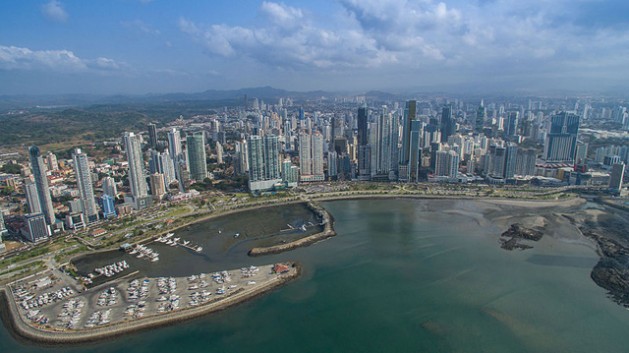 Daylesford, Australia, May 12 2016 (IPS) - A previously little-known law firm called Mossack Fonseca, based in Panama, has recently been exposed as one of the world’s major creators of ‘shell companies’, that is, corporate structures that can be used to hide the ownership of assets. This can be done legally but shell companies of this nature are widely used for illegal purposes such as tax evasion and money laundering of proceeds from criminal activity.

Despite widespread awareness of offshore tax havens in many countries around the world, governments have never acted in a concerted manner to halt these illicit financial flows.

Why? In essence, because wealthy elites are heavily involved in using these mechanisms to isolate their wealth from the usual scrutiny to which the rest of us are subjected precisely so that they can evade tax. And governments do as these controlling elites instruct them.

There is an important reason why wealthy individuals want to maximise their wealth and evade contributing to any country that gave them the opportunity to make this wealth. You might think that you know this reason too: greed.

However, greed is a simplistic explanation that fails to explain, psychologically, why an individual might be greedy. So let me explain it now.

Individuals who engage in dysfunctional behaviours, ranging from accumulating excess wealth to inflicting violence, do so because they are very frightened that one or more of their vital needs will not be met. In virtually all cases, the needs that the individual fears will not be met are emotional ones, particularly including the needs for listening, understanding and love.

So, bizarre though it might seem, the dysfunctional behaviour is simply a (dysfunctional) attempt to have these needs met.

Unfortunately, the individual who compulsively accumulates wealth and/or hides money in a shell company is never aware of their deep emotional needs and of the functional ways of having these needs met which, admittedly, is not easy to do given that listening, understanding and love are not readily available from others who have themselves been denied these needs. Moreover, because the individual is unconscious of their emotional needs, the individual (particularly one who lives in a materialist culture) often projects that the need they want met is, in fact, a material need.

This projection occurs because children who are crying, angry or frightened are often scared into not expressing their feelings and offered material items – such as a toy or food – to distract them instead.

Because their emotional responses to events in their life are not heard and addressed, the distractive items become addictive drugs. This is why most violence and ‘business’ involving illicit financial flows is overtly directed at gaining control of material, rather than emotional, resources.

The material resource becomes a dysfunctional and quite inadequate replacement for satisfaction of the emotional need.

This is the reason why individuals using the services of Mossack Fonseca seek material wealth and are willing to take advantage of tax evasion structures beyond legal scrutiny.

They are certainly wealthy in the material sense; unfortunately, they are emotional voids and each of them justly deserves the appellation ‘poor little rich boy’ (or girl). For a full explanation of how this emotional damage occurs, see ‘Why Violence?‘ and ‘Fearless Psychology and Fearful Psychology: Principles and Practice‘.

Were they emotionally healthy, their conscience, their compassion, their empathy, their sympathy and, indeed, their love would compel them to not hide their wealth and, in fact, to disperse it in ways that would alleviate world poverty (which starves to death 100,000 people in Africa, Asia and Central/South America each day) and nurture restoration of the ancient, just and ecologically sustainable economy: local self-reliance. See ‘The Flame Tree Project to Save Life on Earth‘.

Of course, it is not just those who use tax havens to evade their social responsibilities or, more generally, those billionaires and millionaires of the corporate elite who have suffered this emotional destruction.

Of course, it takes courage to resist violence and exploitation. But underlying courage is a sense of responsibility towards one’s fellows and the future.

As an extension of the above point, governments that use military violence to gain control of material resources are simply governments composed of many individuals with this dysfunctionality, which is very common in industrialized countries that promote materialism.

Thus, cultures that unconsciously allow and encourage this dysfunctional projection (that an emotional need is met by material acquisition) are the most violent both domestically and internationally. This also explains why industrialized (material) countries use military violence to maintain political and economic structures that allow ongoing exploitation of non-industrialized countries in Africa, Asia and Central/South America.

In summary, the individual who has all of their emotional needs met requires only the intellectual and few material resources necessary to maintain this fulfilling life: anything beyond this is not only useless, it is a burden.

What can we do? We need to recognize that several generations of people who were extremely badly emotionally damaged created the world as it is and that their successors now maintain the political, economic and social structures that allow ruthless exploitation of the rest of us and the Earth itself. We also need to recognize that the Earth’s ecological limits are now being breached.

And if we are to successfully resist these emotionally damaged individuals, their structures of exploitation and their violence, then we need a comprehensive strategy for doing so. If you wish to participate in this strategy you are welcome to sign online ‘The People’s Charter to Create a Nonviolent World‘.

Whatever else they do, the Panama Papers give us insight into the extent of the psychological damage suffered by wealthy elites and those who serve them.