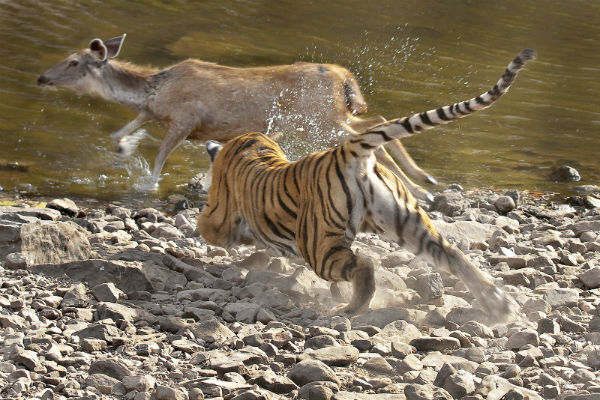 Climate change has been a serious challenge to keeping tigers’ habitat alive, nearly 17000 villages in Rajasthan have been facing a water crisis.

Tigers provide enormous economic benefits for the local communities, attracting tourists to parks like Ranthambore National Park, one of the largest national parks situated in Rajasthan, India, where most of Isaac’s pictures were taken.

Tigers also control the deer and sambar population, playing a major role in balancing the ecosystem.

Growing populations in the areas where tigers have historically lived are leading to increasing clashes between humans and tigers. 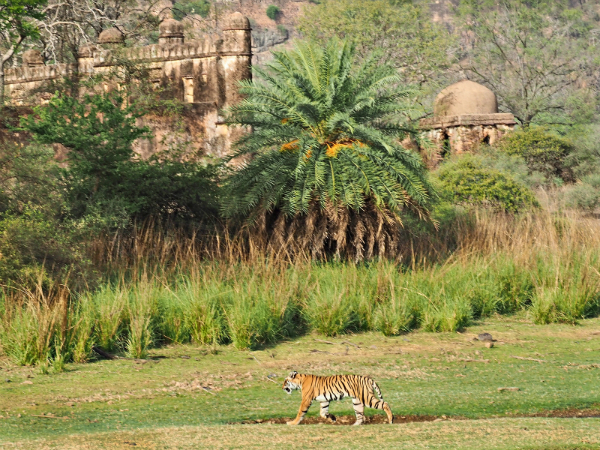 “Local farmers are more in tune with saving the tigers, but it is the higher authorities that need to do something,” said John Isaac, who has born in India and has been documenting the tigers there for 25 years.

Along with overpopulation and climate change, illicit poaching is on the rise. Poachers will kill a tiger in India for $20, and by the time it gets to China it will be worth half a million dollars, said Isaac. 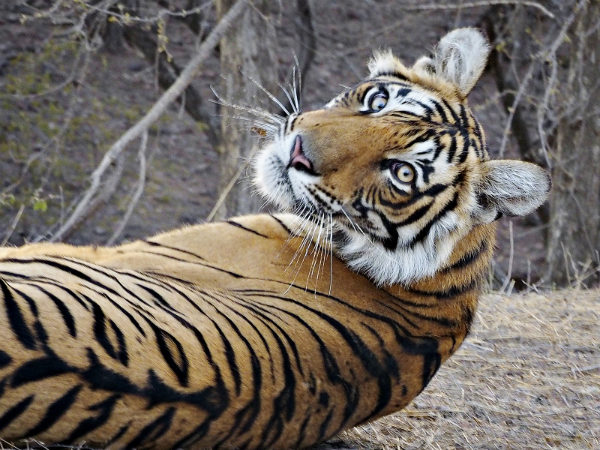 Their body parts are used in Asian medicines and tiger claws are used in jewellery. Tiger whiskers are considered a dreadful poison in Malaysia and a powerful aphrodisiac in Indonesia. According to UNODC, ancient trade routes are being used to smuggle tiger skins and bones to buyers based largely in northern India and are then smuggled out of the country through Nepal or directly to China.

In India, the Wildlife (Protection) Act, 1972 is a legislation that covers wildlife crime. However, UNODC highlights the need for strengthening its implementation and enforcement in order to curb this transnational crime.

The tiger population in India which used to be tracked by footprints, is now tracked by cameras installed in forests detect them by their face, allowing for a much more accurate count, said Isaac.