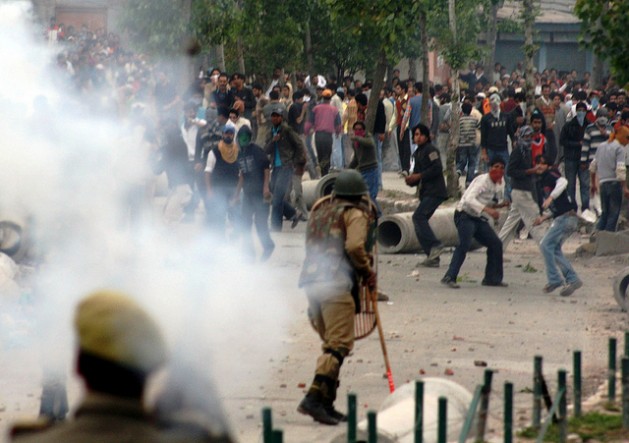 NEW YORK, Aug 26 2016 (IPS) - As the reliance on freelance journalists by news organisation has increased, so has the burden of guaranteeing a safe working environment for these journalists, especially when reporting from war-torn areas.

Since the civil uprise of the Arab Spring and the outbreak of the Syrian civil war in 2011, reporters are facing increasing threats, from abduction, to imprisonment, kidnapping and ultimately murder. This situation affects not only individual journalists, but journalism sector more broadly.

In February 2015, several journalists organisations such as the Freelance Frontline Register (FFR) and the Committee to Protect Journalists (CPJ), along with major news organisations and networks, wires, and journalist representatives launched altogether the ACOS (A Culture of Safety) Alliance: a coalition that tries to embed a culture of safety practices in the news industry and access to the tools that freelancers need to report safely.

“We realised that the current situation was not sustainable and it was not a great situation for anybody,” Emma Beals, freelance journalist and member of the FFR elected board told IPS.

“When we are freelancers it always comes down to money: being paid ten bucks for photos out of war-zones. Having to hassle people for weeks and months to be paid, or having news organisation refusing to pay for the insurance,” remarked Beals.

Payment to freelancers and local journalists is important because it also effects their security, said Courtney Radsch, Advocacy Director at CPJ.

“There are countless stories of freelancers who have to make a trade off to get security equipment, a good translator, or an armoured car…So news organisations have the moral responsibility to freelancers essentially to treat them in the same way that they would treat their own staff,” Radsch told IPS.

"Since the Syrian civil conflict, wars have become darker and harder to cover, with heavy safety repercussions on freelancers," -- Emma Beals

Fair and timely pay should take into account additional costs when doing foreign reporting, such as security, special training and gear. But if you do not get paid quickly from your client, then you have to fund expenses in advance by yourself. This means that you will have less money to spend on your next story, making you less safe explained Beals.

Other aspects that commissioning editors should think of are: risks in accessing information and providing the right assistance when things go wrong, such as a lawyer said Beals.

In contrast with staff-journalists who are sent by their own editor, freelancers do not get the same assistance.

“Those cases are often resolved much quicker and in a less strict way. Whereas for freelancers it’s the family and friends who have to work out what to do next, while things start escalating more rapidly.”

Over 85 organisations have signed up for ACOS Alliance and committed to endorse the 14 Freelance Journalists Safety Principles.

“Taking safe practices is a responsibility of all parties involved. It is important to ensure that people can implement them because for some news organisation this is a new way of working. This will help everybody they work with, not only freelancers,” Beals underlined.

In response some news organisations have decided to stop accepting unsolicited freelance content from dangerous locations.

“Since the dangers of reporting seem to out-risk the benefits of using freelance content, many news organisations such as AFP have started to no longer accept unsolicited content material from freelancers,” commented Radsch.

The aim of the Alliance is to slowly create a safety net for journalists and news companies across the world, but mostly in highly-dangerous countries such as Iraq, Pakistan, Afghanistan and Syria.

“It will take time and it requires a cultural shift in the media industry. But if you can get those organisations that have started to do this with their own employees, then you can use them as people that will champion this idea among their colleagues,”Beals remarked.

In the past 20 years, the news industry has gone through severe re-adjustments.

“It is not just about traditional media companies, who used to treat their staff well, turning bad now. But since the Syrian civil conflict, wars have become darker and harder to cover, with heavy safety repercussions on freelancers,” Beals said.

She continued – “There used to be fewer newspapers, television channels, and magazines, with more money available.. Now you have so many outlets, which may or may not have the same level of financing behind them. Therefore, you can produce a lot of journalist material but not all of us get well paid for it.”

“Wars used to be less accessible, where only embedded highly-accredited journalists went to, with the possibility to cross the front-lines. But the Arab Spring has changed all this, rendering things more accessible,” she stated.

Journalists are longer privileged since those in power can take their message directly to the public; also, more people who are able to engage in acts of journalism are often without the experience or training that someone working for a media organization might have, Radsch concluded.