Ships Bring Your Coffee, Snack and TV Set, But Also Pests and Diseases 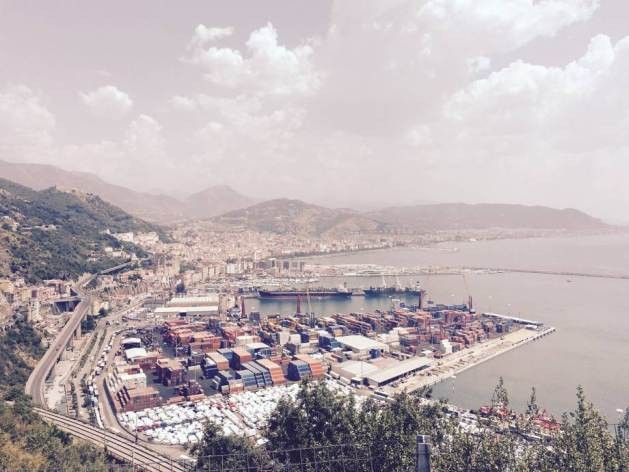 Containers pile up in the Italian port of Salerno. Photo: FAO

ROME, Aug 23 2016 (IPS) - “Every evening, millions of people all over the world will settle into their armchairs to watch some TV after a hard day at work. Many will have a snack or something to drink…

… That TV probably arrived in a containership; the grain that made the bread in that sandwich came in a bulk carrier; the coffee probably came by sea, too. Even the electricity powering the TV set and lighting up the room was probably generated using fuel that came in a giant oil tanker.”

This is what the International Maritime Organisation (IMO)  wants everybody to keep in mind ahead of this year’s World Maritime Day. “The truth is, shipping affects us all… No matter where you may be in the world, if you look around you, you are almost certain to see something that either has been or will be transported by sea, whether in the form of raw materials, components or the finished article.”

Yet few people have any idea just how much they rely on shipping. For the vast majority, shipping is out of sight and out of mind, IMO comments. “This is a story that needs to be told… And this is why the theme that has been chosen for the World Maritime Day 2016 is “Shipping: indispensable to the world.” The Day is marked every year on 29 September.

Over 80 Per Cent of Global Trade Carried by Sea 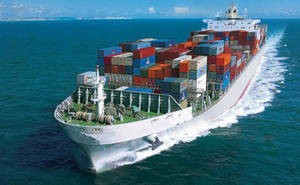 Some $1.1 trillion worth of agricultural products are traded internationally each year. Photo: FAO

These shares are even higher in the case of most developing countries, says UNCTAD.

“There are more than 50,000 merchant ships trading internationally, transporting every kind of cargo. The world fleet is registered in over 150 nations and manned by more than a million seafarers of virtually every nationality.”

All this is fine. But as another major United Nations organisation also reminds that not all is great about sea-born trade. See what happens.

‘A Floating Threat: Sea Containers Spread Pests and Diseases’  is the title of an information note issued on August 17 by the Rome-based Food and Agriculture Organisation of the United Nations (FAO).

FAO highlights  that that while oil spills garner much public attention and anguish, the so-called “biological spills” represent a greater long-term threat and do not have the same high public profile. And gives some good examples.

FAO explains that perhaps the biggest “biological spill” of all was when a fungus-like eukaryotic microorganism called Phytophthora infestans – the name of the genus comes from Greek for “plant destroyer” – sailed from the Americas to Belgium. Within months it arrived in Ireland, triggering a potato blight that led to famine, death and mass migration.

In Rome, FAO informs, municipal authorities are ramping up their annual campaign against the tiger mosquito, an invasive species that arrived by ship in Albania in the 1970s. Aedes albopictus, famous for its aggressive biting, is now prolific across Italy and global warming will make swathes of northern Europe ripe for colonisation.

“This is why the nations of the world came together some six decades ago to establish the  International Plant Protection Convention (IPPC) as a means to help stem the spread of plant pests and diseases across borders boundaries via international trade and to protect farmers, foresters, biodiversity, the environment, and consumers.”

“The crop losses and control costs triggered by exotic pests amount to a hefty tax on food, fibre and forage production,” says Craig Fedchock, coordinator of the FAO-based IPPC Secretariat. “All told, fruit flies, beetles, fungi and their kin reduce global crop yields by between 20 and 40 per cent.”

Trade as a Vector, Containers as a Vehicle

Invasive species arrive in new habitats through various channels, but shipping, is the main one, FAO reports.

“And shipping today means sea containers: Globally, around 527 million sea container trips are made each year – China alone deals with over 133 million sea containers annually. It is not only their cargo, but the steel contraptions themselves, that can serve as vectors for the spread of exotic species capable of wreaking ecological and agricultural havoc.”

For example, an analysis of 116,701 empty sea containers arriving in New Zealand over the past five years showed that one in 10 was contaminated on the outside, twice the rate of interior contamination.

“Inspection records from the United States, Australia, China and New Zealand indicate that thousands of organisms from a wide range of taxa are being moved unintentionally with sea containers,” the study’s lead scientist, Eckehard Brockerhoff of the New Zealand Forest Research Institute, told a recent meeting at FAO of the Commission on Phytosanitary Measures (CPM), IPPC’s governing body.

These phytosanitary (the health of plants) measures are intended to ensure that imported plants are free of specified pests.

Biological invasions inflict damages amounting to around five per cent of annual global economic activity, equivalent to about a decade’s worth of natural disasters, according to one study, Brockerhoff said, adding that factoring in harder-to-measure impacts may double that.

Around 90 per cent of world trade is carried by sea today, with vast panoply of differing logistics, making agreement on an inspection method elusive. Some 12 million containers entered the U.S. last year, using no fewer than 77 ports of entry.