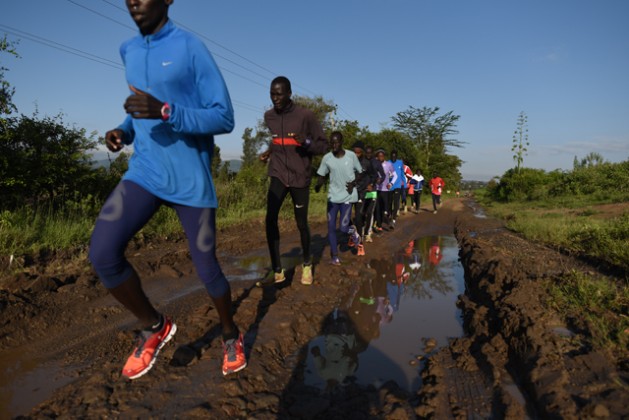 ROME, Aug 8 2016 (IPS) - For the first time ever, a team of displaced athletes will have their chance to demonstrate their relentless determination and integrity in a bid to leave their own distinct mark on Olympic history.

However, before “Team Refugees” even set foot into the stadium in Rio this August, they must be regarded as distinguished winners.

Through perseverance, the team has overcome the anguish and disadvantage that comes with being a displaced young person.

The International Olympic Committee (IOC) recognises that the global refugee crisis is detrimental to international development and security.

“Team Refugees” are amongst the 59.5 million men, women and children who have been forcibly pushed out of their homes. They must not go by unrepresented or unheard of in this year’s games.

War, insecurity, and conflict have driven millions to seek refuge in distant countries with by far, in most cases, alien cultures.

Oftentimes, young vulnerable refugees become lost in a sea of grief and trauma, many bearing the psychological scars of war and the soul-destroying loss of loved ones.

However, this year’s team of Olympic refugees decided to, instead of drown in the waters of loss and grief, constructively use the unfortunate circumstances life has brought them to their advantage.

The perils of displacement have granted “Team Refugees” with an indestructible form of strength, triumphant enough to meet Olympic standards.

The team consists of ten refugee men and women composed of two Syrian swimmers, two judokas from the Democratic Republic of Congo, a marathoner from Ethiopia, and five middle-distance runners from South Sudan.

The athletes journey has been far from easy. From having borne witness to torture and terror to feeling isolated and petrified in the countries wherein they sought refuge, many believed they would never compete again.

Prior to availing of a place on the Olympic “refugee squad”, 18-year-old Syrian swimmer, Yusra Mardini, was obliged to put her athletic skills to the ultimate test in her quest to seek refuge.

After bidding an ominous farewell to her peaceful childhood memories of Aleppo and fleeing war-torn Syria, danger awaited on her path to safety.

Her journey to Germany took a turn for the worse when the dinghy she shared with a group of refugees broke down and a state of panic erupted between them between Turkey and Greece.

Yusra and her sister instinctively lunged into the water in a struggle to guide the small boat to safety.

Fortunately , Yusra’s landing in Germany led to monumental success. She availed of the sporting opportunities presented to her which eventually resulted in her selection as an Olympian for “Team Refugees”.

When asked about her displaced past and the memories of her traumatic journey in a recent report by the New York Times, Yusra stated “I remember everything, of course, I never forget. But it’s the thing that’s pushing me actually to do more and more”.

James Nyang Chiengjiek, a runner from South Sudan shares yet another story of pivotal triumph in the face of crisis.

James fled his home to avoid being kidnapped by rebels who were forcibly recruiting child soldiers.

He later sought refuge in Kenya wherein he attended a school well-known for its prestigious team of runners.

James soon began training for long-distance events and his life took a monumental turn for the better.

He is adamant is his strive to encourage other refugees to follow their pursuit of athletic stardom. He believes that conflict, warfare, and consequential displacement should not shatter anyone’s aspirations.

In a report issued by the United Nations Refugee Agency, James emphasised the need to “look back and see where our brothers and sisters are, so if one of them also has talent, we can bring them to train with us and also make their lives better.”

In this way, the IOC’s recognition of the importance in representing those affected by displacement. “Team Refugee” is a remarkable step for development and will act as an innovative form of awareness-raising.

The athletes represent the need to acknowledge the rights of the countless victims of the migrant crisis.

IOC President Thomas Bach recently said “These refugees have no home, no team, no flag, no national anthem. We will offer them a home in the Olympic Village together with all the athletes of the world”.

Bach further emphasised the fact that refugees are fellow human beings, and that that sensationalism and anti-refugee sentiments in the media have done nothing more than build a wall of fear between migrants and settled populations.

He rightly believes the world needs to steer away from feelings of preoccupation and a deep fear of the unknown and instead, focus on the enrichment young displaced persons can bring to society.

“These refugee athletes will show the world that despite the unimaginable tragedies they have faced, anyone can contribute to society through their talent, skills, and strength of the human spirit.” Bach declared.

In this way, The IOC’s has not only given this squad of displaced athletes a newfound sense of hope and “Olympic” fulfillment, the committee has also helped raise awareness for the ongoing migrant crisis that continues to hinder global prosperity and development.