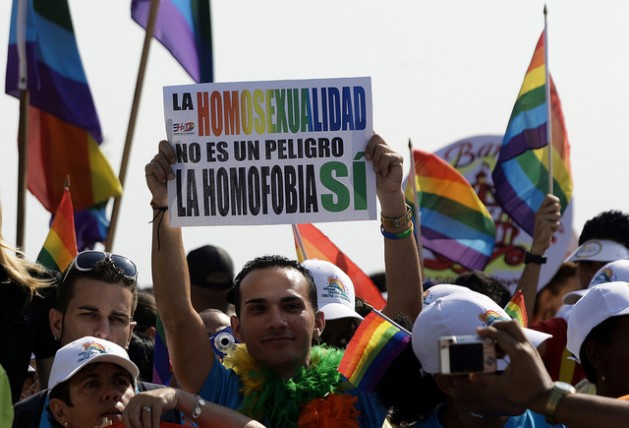 UNITED NATIONS, Nov 22 2016 (IPS) - Following a contentious and close vote, a UN General Assembly (UNGA) committee reaffirmed the right of a newly appointed UN expert addressing violence and discrimination based on sexual orientation and gender identity to continue his work.

Just weeks later, a group of African member states introduced a resolution to the third committee of the UNGA seeking to suspend the activities of the lesbian, gay, bisexual, transgender and intersex (LGBTI) expert.

The African Group cited concerns over the “legality” of the mandate, stating that the Council may be violating the sovereignty of States and that sexual orientation and gender identity should not be linked to existing international human rights instruments.

The initiative was struck down on Monday after a group of Latin American and Caribbean nations proposed an amendment to remove the section in the African-backed resolution that requested the discontinuation of the expert and his work.

The amendment was adopted by the third committee with 84 votes in favor, 77 against and 17 abstentions, and the amended draft resolution was then adopted with 94 votes in favor, three against and 80 abstentions. The Third Committee is composed of the 193 members of the UN General Assembly, however only 178 and 177 nation states participated in the respective votes.

Human rights groups applauded the move, calling it a victory for human rights.

“A lot can be accomplished when forces join hands. We are encouraged by this voting result and in the confirmation that states believe in the mechanisms of the Human Rights Council,” said OutRight Action International’s Executive Director Jessica Stern.

OutRight Action International is one of 850 organisations from 157 countries that came together to push for the protection of the LGBTI expert’s mandate.

Human Rights Watch also joined the call, stating: “The Third Committee’s vote affirms that the right to be protected from violence and discrimination applies equally to LGBT people.”

“It also respects the integrity of the Human Rights Council as the UN’s top human rights body, to ensure that mechanisms are in place to protect rights not just in theory, but in practice,” Human Rights Watch’s LGBT rights advocacy director Boris Dittrich continued.

LGBTI rights have also long been a contested issue at the UN.

In 2014, Secretary-General Ban Ki-moon ran into opposition from over 40 states including Egypt and India when he announced the UN’s recognition of all same-sex marriages of its staff and the extension of UN benefits to them.

Even the Human Rights Council resolution establishing the LGBT expert reflected deep divisions on the issue globally as it was just barely adopted with 23 in favor and 18 against.

The newly amended resolution will now be up for a final vote at the General Assembly.

LGBTI expert Muntarbhorn has a three-year mandate to investigate abuses against LGBTI people in member countries.