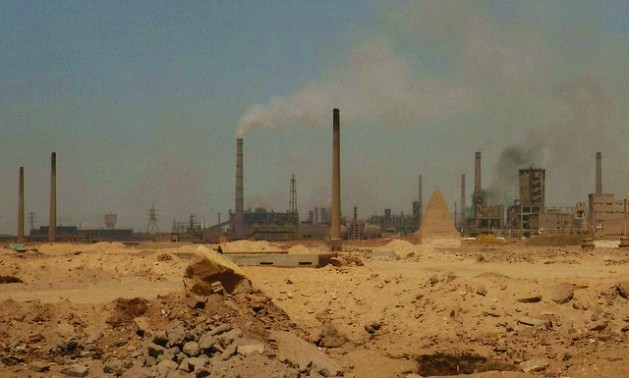 The agreement is particularly significant for Sano, whose emotional plea for the victims of Typhoon Haiyan at the 2013 UN climate talks in Warsaw, Poland, made international headlines.

With rising global temperatures continuously breaking records, a diverse group of countries have raced to join the Paris deal – which was reached in December 2015 – to make sure that it comes into force as quickly as possible.

This means that the Marrakech Conference of the Parties (COP 22), will now be able to focus on implementation, Peter Thomson,President of the UN General Assembly told IPS.

“The early ratification has been tremendously satisfying. It allows us to go to Marrakech with Marrakech seen as an action conference.”

However, one reason why countries were able to sign on so quickly is because the Paris Agreement is not legally binding.

As Sano points out, the agreement “(falls) short on holding those who are supposed to be, accountable for the climate crisis.”

“The phrase ‘fossil fuel’ does not appear even once in this document and the word commitment does not (appear either).”

The early entry into force – while historic – also creates “an awkward situation,” says Sano. Marrakech organisers will now have to decide if those who have not yet fully joined the agreement – about half of the 193 signatories to the UN Framework Convention on Climate Change (UNFCCC) – will be able to participate fully in ongoing talks.

This could potentially affect some of the poorest countries, which have not yet been able to join, Clare Shakya, Director of the International Institute for Environment and Development’s Climate Change Group told IPS.

“For SIDS nothing could be more important - tropical storms, the rising sea levels - is existential stuff for us.” Peter Thomson, President UN General Assembly.

“It’s important that … the poorest countries are not left out of the room,” said Shakya.

“It’s great news that Paris has entered into force so quickly and that it has at its heart equity and ambition,” said Shakya.

“The ambition that the least developed countries wanted was this 1.5 degree target and that’s the aspiration of the agreement, so there’s huge optimism.”

“The delivery (now) has to meet those same principles of equity and ambition and that’s where in Marrakech we’re really going to start to see how that is evidenced.”

Limiting global warming to 1.5 degrees celsius is considered essential for small island developing states (SIDS), like Fiji, where Thomson is from. “1.5 is where things start changing and we’re almost there,” he said. “For SIDS nothing could be more important – tropical storms, the rising sea levels – it is existential stuff for us.”

Many of the priorities for developing countries in Marrakech will centre around the important question of financing. The good news, says Thomson, is that the swift entry into force of the agreement means that financing can now begin to flow.

“It’s not more talk, it’s freeing the finance up,” he said.

However a key question for developing countries remains: will they be left to fend for themselves as droughts, floods and other extreme weather events push their already fragile development backwards?

This question continues to trouble Sano, who is now Executive Director of Greenpeace South-East Asia. He says that a key point of interest in Marrakech will be the continuation of discussions around the ‘Loss and Damage Mechanism’.

Although developing countries had wanted this mechanism to be reviewed in 2015 in Paris, richer countries wanted it pushed back to 2016 because they saw it as too controversial.

Another way that developing countries can potentially access assistance, so that they can adapt to increasingly severe weather events, is through the USD 100 billion in climate financing that developed countries have promised to provide by 2020.

Shakya says that while various reports suggest that the financing is on track to reach this goal, the reports do not provide details for the least developed countries on “instruments and indeed on the targets.”

“The finance that reaches poor people and allows poor people to decide how they’re going to use it has huge returns in terms of the resilience in those communities,” she said.

However much of the USD 100 billion in financing will instead consist of loans to middle income countries for mitigation activities such as the construction of wind farms.

This means that countries like Haiti, will be left with little additional assistance to cope with increasingly extreme weather events such as Hurricane Matthew, which was made more severe by climate change.