Josefina Stubbs is candidate for President of the International Fund for Agricultural Development (IFAD). She has served in IFAD as Associate Vice-President of Strategy and Knowledge from 2014 - 2016 and as Director of Latin America and the Caribbean from 2008 - 2014.

David Lewis is Professor of Social Policy and Development at the London School of Economics and Political Science. His research interests include international development policy and rural development. 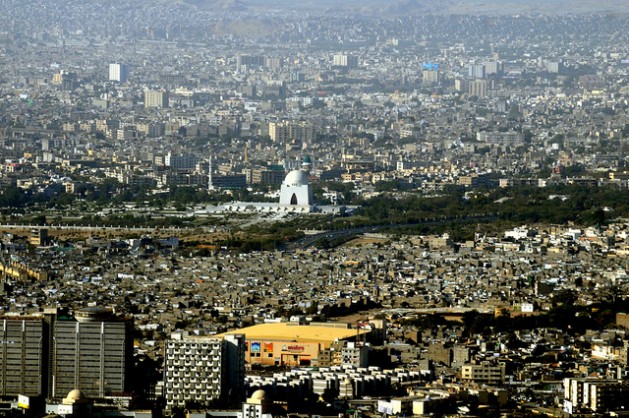 SANTO DOMINGO, Dominican Republic and LONDON, Nov 17 2016 (IPS) - As the dust has settled on Habitat III and the summit in Quito, Ecuador, we now have a clear vision and a concrete road map for how to transform our cities into inclusive, safer and more productive environments. The New Urban Agenda comes at a propitious time. Urbanization is growing at a fast pace, particularly in developing countries, where the urban population is expected to double by 2050. In South Asia alone, the urban population grew by 130 million between 2001 and 2011, according to recent World Bank study. Another 250 million are expected to join them by 2030. A woman at a public water tank in a Bangalore slum. Credit: Malini Shankar/IPS

But to lead to lasting change and prosperity for all, investments in cities must come hand in hand with massive transformation of rural areas to bring them up to par, if not to make them more attractive than cities. The exponential growth of cities is by and large the result of a growing divide between urban and rural realities, where the endemic lack of basic services and jobs drive rural people away from their rural communities and into cities. In the rush to engage with the challenges of urbanization we cannot afford to lose sight of the rural.

Rural communities are no longer isolated from the rest of the world. Young people all have smartphones with an Internet connection. They know that there are places that offer better services, better jobs and a better life than the one they can hope for back home.

As young women and men leave rural areas in large numbers, they leave the very communities that they should be strengthening and shaping, abandoning their friends, families and culture. They migrate to larger cities in search of work and of a better future, but without formal education or skills, many are confined to the fringes of the society to which they aspire. The exodus of young people threatens the fabric of rural societies and exacerbates the problems the New Urban Agenda is designed to tackle: precarious and insalubrious housing, joblessness, insecurity and overpopulation. Kisenyi slum, in Uganda’s capital Kampala is believed to be home to a large portion of the country’s almost 12,000 Somali immigrants. Credit: Amy Fallon/IPS

People migrate when their choices at home are limited. By investing in people’s skills and knowledge, rural business development, technical assistance and by providing financial support, connectivity, quality roads, health services, electricity and connectivity, we can widen people’s options and reduce the pressure on urban areas. I have seen this happen in countries where the creation of a decentralized university network increased the number of highly educated youth in rural communities and contributed to transforming once abandoned rural centers into bustling rural towns. I have seen this happen in communities where small investments in business development and access to financial services allowed rural entrepreneurs to start viable business activities, generating income for their families, jobs for their neighbors and services for their community.

There is another reason why thriving rural areas are essential to the prosperity of urban centers. Smallholder farmers and fisher folk are the primary producers of food in most of the developing world. In Asia, Africa and in the Caribbean, they produce up to 90 per cent of the food people eat every day. As urban populations grow, there will be a need to step up the quantity and the quality of food produced by rural communities. Fresh produce will need to get to the markets faster and in better conditions, and farmers will have to be paid fairer prices for their products to be able to make investments to improve production, safeguard the environment, and build resilience to a changing climate. Children in a slum in Peru. Courtesy of La República/IPS

Rural and urban communities are highly dependent on each other for sustainable growth. We live in one, interconnected world where inequalities between people, regions and countries drive more and more people out of their communities and into cities in search of a better life. By improving the living conditions of poor rural people and giving them opportunities for growth, we can reduce the pressure on large metropolises and create more balanced, prosperous societies.