Trump, the Banks and the Bomb 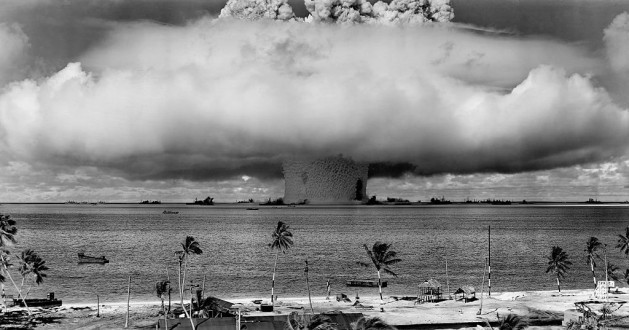 ROME, Jan 7 2017 (IPS) - When pro-nuclear disarmament organisations last October cheered the United Nations decision to start in 2017 negotiations on a global treaty banning these weapons, they probably did not expect that shortly after the US would elect Republican businessman Donald Trump as their 45th president. Much less that he would rush to advocate for increasing the US nuclear power.

The United Nations on Oct. 27, 2016 adopted a resolution to launch negotiations in 2017 on a treaty outlawing nuclear weapons, putting an end to two decades of paralysis in world nuclear disarmament efforts.

At a meeting of the First Committee of the UN General Assembly, which deals with disarmament and international security matters, 123 nations voted in favour of the resolution, 38 against it and 16 abstaining.

The resolution will set up a UN conference beginning in March 2017, which will be open to all member states, to negotiate a “legally binding instrument to prohibit nuclear weapons, leading towards their total elimination”. The negotiations will continue in June and July this year.

The Geneva-based International Campaign to Abolish Nuclear Weapons (ICAN), a civil society coalition active in 100 countries, hailed the adoption of the resolution as a major step forward, marking a “fundamental shift in the way that the world tackles this paramount threat.”

“For seven decades, the UN has warned of the dangers of nuclear weapons, and people globally have campaigned for their abolition. Today the majority of states finally resolved to outlaw these weapons,” said ICAN’s executive director, Beatrice Fihn.

Despite arm-twisting by a number of nuclear-armed states, the resolution was adopted in a landslide. A total of 57 nations were co-sponsors, with Austria, Brazil, Ireland, Mexico, Nigeria and South Africa taking the lead in drafting the resolution.

The UN vote came just hours after the European Parliament adopted its own resolution on this subject – 415 in favour, 124 against, 74 abstentions– inviting European Union member states to “participate constructively” in the 2017 year’s negotiations, ICAN noted.

Nuclear weapons remain the only weapons of mass destruction not yet outlawed in a comprehensive and universal manner, despite their well-documented catastrophic humanitarian and environmental impacts, the anti-nuke campaign chief warned.

“A treaty prohibiting nuclear weapons would strengthen the global norm against the use and possession of these weapons, closing major loopholes in the existing international legal regime and spurring long-overdue action on disarmament,” said Fihn.

“Today’s [Oct. 27, 2016] vote demonstrates very clearly that a majority of the world’s nations consider the prohibition of nuclear weapons to be necessary, feasible and urgent. They view it as the most viable option for achieving real progress on disarmament.”

ICAN also recalls that nuclear disarmament has been high on the UN agenda since the organisation’s formation in 1945. “Efforts to advance this goal have stalled in recent years, with nuclear-armed nations investing heavily in the modernisation of their nuclear forces.”

Other pro-nuclear disarmament organisations also welcomed the UN resolution. They included PAX, a partnership between IKV (Interchurch Peace Council) and Pax Christi; Soka Gakai International (SGI), a community-based Buddhist organisation that promotes peace, culture and education centered on respect for the dignity of life; and the International Physicians for the Prevention of Nuclear War (IPPNW), just to mention a few.

US Must Greatly Strengthen, Expand Its Nuclear Capability – Trump 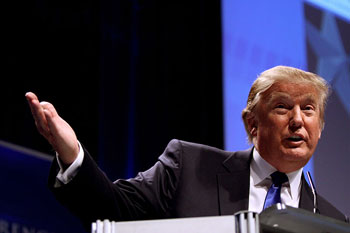 The global ani-nuke movment, however, soon saw its joy being frustrated by the US president-elect Donald Trump, who in a tweet on Dec. 22, 2016, wrote:

Donald J. Trump Verified account ‏@realDonaldTrump : “The United States must greatly strengthen and expand its nuclear capability until such time as the world comes to its senses regarding nukes.”

Trump’s announcement, if materialised, would imply one of the most insourmountable hardles facing the world anti-nuclear movement.

Is Your Bank Funding Nuclear Bombs?

Meanwhile, the international campaign to prevent private banks and financial companies from funding the production and modernisation of nuclear weapons has achieved a further step forward.

“Governments have decided to negotiate a nuclear weapons ban treaty in 2017, and now is the time for banks, pension funds and insurance companies to get ready and end financial relations with companies involved in nuclear weapons,” says Susi Snyder from PAX and author of a the Hall of Fame report.

“Around 400 private banks, pension funds and insurance companies continue to fund –with their clients’ money– the production of nuclear weapons.”

According to this study, 18 banks, controlling over 1.7 trillion Euros, are ready not to collaborate in the funding of atomic weapons, with policies that strictly prohibit any investment of any type in any kind of nuclear weapon-producing company.

These 18 banks are profiled in the Hall of Fame of the Don’t Bank on the Bomb 2016 edition, which was issued on Dec. 7, 2016. These Hall of Fame institutions are based in Australia, Denmark, Italy, the Netherlands, Norway, Sweden and the United Kingdom.

The report also shows there are another 36 financial institutions with policies that specifically name nuclear weapons as a concern, and limit investment in some ways.

“Even though these policies have loopholes, they still demonstrate there is a stigma associated with investments in nuclear weapons. PAX calls on these institutions to strengthen their policies and Don’t Bank on the Bomb offers tailored recommendations for each financial institute in the Runners-Up.”

Investments are not neutral, warns the report. “Financing and investing are active choices, based on a clear assessment of a company and its plans. Institutions imposing limitations on investing in nuclear weapons producers are responding to the growing stigma against these weapons, designed to kill indiscriminately.”

All of the nuclear-armed countries are modernising their nuclear weapon arsenals, and Don’t Bank on the Bomb details how 27 private companies are producing key components to make nuclear weapons as well as the 390 banks, insurance companies and pension funds that still invest in nuclear weapon-producing companies, the report adds.

“As a new treaty prohibiting nuclear weapons is to be negotiated in 2017, states should include a prohibition on financing to provide an added incentive for the financial industry to exclude nuclear weapon associated companies from their investment universe, and raise the economic cost of nuclear weapons deployment, stockpiling and modernisation.”

Some Striking Facts about Nukes

The International Campaign against Nuclear Weapons summarises the most striking facts about this weapon of mass destruction:

Which countries have nuclear weapons and how many?→

What are their effects on health and the environment?

Who supports a global ban on nuclear weapons?→

What are the most significant events of the nuclear age?→