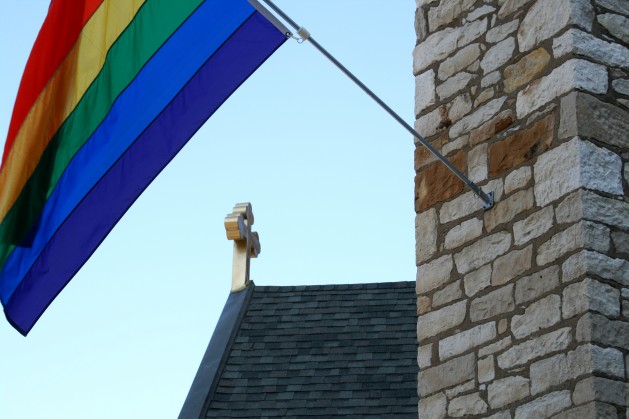 UNITED NATIONS, Feb 28 2017 (IPS) - Religious advocacy groups have a long history of working with the United Nations, pushing back against progressive interpretations of the terms ‘family’ and ‘marriage’ as enshrined  in the Universal Declaration of Human Rights.

That effort was seemingly rewarded in 2016 as more people voted across the globe for political parties promising conservative interpretations of both, in stark contrast to moves by some countries in recent years to legalise same sex marriage and enhance protections for LGBTQI [lesbian, gay, bisexual, transgender, queer or intersex] people.

In 2017, the battle to define these terms both as they appear in the declaration and in law is growing increasingly fierce.

Like most advocacy directed at UN or Washington policy makers, lobbying by religious groups typically takes place behind the scenes, with success often measured in terms of whether or not progressive social policies get adopted.

Two of the most active and successful players are the World Congress of Families (WCF) – with its longstanding ties to African, Russian and Eastern European governments, as well as conservative US  politicians –  and the legal advocacy group the Alliance Defending Freedom (ADF), which has  had many successes in international courts defending Judeo-Christian rights. Both organisations cite their consultative status at the UN as a key to their reputations.

WCF Managing Director Larry Jacobs says that, given the current political climate, WCF and its supporters have cause for optimism.

“There’s been a fundamental denial over the last 50 years that the family is needed,” he told IPS, referring to the diversification of family structure away from the ‘traditional’ or nuclear model favoured by conservatives towards a more open interpretation. “Much of it is a result of the agenda of sexual revolution lobbyists,” he added, a view also shared by many involved in religious social policy.

“I think one of our greatest successes is protecting Article 16.3 [The family is the natural and fundamental group unit of society and is entitled to protection by society and the State]. Other groups are trying to redefine existing mandates in the UN Declaration of Human Rights, the idea that family is ‘natural’ is one of our biggest successes.”

Pope Francis echoed these sentiments during his address to the United Nations, describing the family as “the primary cell of any social development”. While Pope Francis has preached acceptance and tolerance of homosexuality, he has never shown support for the non-nuclear family or gender fluidity.

The WCF coordinates conservative groups and has been linked to major international policy shifts, such as Russia’s law prohibiting the promotion of ‘non-traditional sexual relationships’, and Hungary’s ‘family-friendly’ policies. These moves have been linked to a rise in persecution of and violence against LGBTQI citizens. Members and associates of the group have been linked to the passage of laws outlawing homosexuality throughout Africa, and the failure of the Estrela Resolution to pass the European Parliament, a proposal to treat abortion as a human right and standardise sexual health education.

“We need to ensure that cultural reasons or ‘traditional’ values aren’t used to undermine the universality of human rights principles, or equal application of existing law in regards to everyone,” -- Outright’s UN program coordinator Siri May.

In the opposite corner to these groups, but likewise  drawing on the Universal Declaration of Human Rights  as the foundation for its  work, is  LGBTQI advocacy group Outright Action International. Outright argues that denying the expansion of ‘family’ beyond a nuclear structure and ‘marriage’ beyond a heterosexual union violates human rights.

“We need to ensure that cultural reasons or ‘traditional’ values aren’t used to undermine the universality of human rights principles, or equal application of existing law in regards to everyone,” says Outright’s UN program coordinator Siri May. “We felt very grateful for the support of [ex- UN Secretary General] Ban Ki Moon. He became a strong advocate for universality.”

“No person – anywhere – should be punished simply for holding to Christian beliefs,” says Bull. Bull opposed Former UN Secretary-General Ban’s support for Ban’s LGBTQI rights arguing that it privileged “the demands of sexually confused individuals over the rights of other individuals.”

Cases for which ADF have advocated in the United States, Europe and in the Global South, most notably in Central and South America, have drawn accusations of human rights violations.

One key act during Ban’s tenure was the creation of a Special Rapporteur for Sexual Orientation and Gender Identity. Inaugural appointee Vitit Muntarbhorn has been charged with identifying instances where human rights are violated based on sexual orientation and gender identity. Muntarbhorn only narrowly kept his role after the legitimacy of the office was challenged twice by the United Nations General Assembly, reflecting deep divisions within the UN’s membership on this issue.

“Vitit has a very focused brief so we’re excited to be working with him and other mandate holders,” says Outright’s May. “We’ll be looking to provide him and other experts with the best information available.”

WCF’s Larry Jacobs is keen to point out that, despite being designated a ‘hate group’ and ‘virulently anti-gay’ by both mainstream news media and human rights advocacy groups, he does not condone violence.

“We are not anti-gay. Homosexuals are the people that need a natural family the most. We are the ones that want to help the victims of the sexual revolution, the victims of divorce, the victims of people who have lived a promiscuous lifestyle. I think the question about homosexuality is ‘how do we deal with brokenness?’ ”

But May contests this. “We know throughout history that family units are not about one man, one women and two children. That’s quite a western construct. There are many examples of same-sex couple families with children that provide love. Human rights are applicable to the individual, and family units are very important, but they should never trump the right of the individual.”

“What we know about gender-based violence and LGBTQI rights are that they’re needed to protect an individual that might be at risk from their family. They have rights and obligations within human rights law and those rights should never be used to privilege heterosexuality.”

Despite their marked differences, both Jacobs and May are cautiously optimistic about the UN’s approach under new Secretary-General António Guterres, a man who forged his political and diplomatic career balancing socialist beliefs with his Catholic faith.

“We’d expect the incoming Secretary General would have the same interpretation of human rights law and traditional cultural values as Ban Ki Moon,” says May. “We feel very encouraged about his statements.”

“It’s a very exciting time,” concurs Jacobs. “Even when his party went against him on abortion, Guterres stayed true to his faith and his values. He wasn’t afraid to talk about the sanctity of human life from conception to death, so this is an exciting time.”