JOHANNESBURG, Feb 1 2017 (IPS) - Oxfam’s latest estimate that just eight super-rich people – down from 62 last year and 388 just six years ago – own more wealth than the poorest half of the world population is a clarion call to change the way we think about and try to tackle inequality.

Twenty years ago, as a young economics student, I was taught to look at the distribution of resources within and between nations. Most of the measures we looked at were averages: what is the average per capita income in a country; or what is the average rate of growth. Even when looking at inequality we used measures like the Gini coefficient that looked at distribution across a whole population. Oxfam’s work shows just how poor these standard economic measures have been at tracking what has really been going on when it comes to wealth. 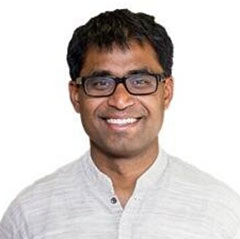 The vastly unequal accumulation of wealth transcends national boundaries. While we spend a lot of time comparing the size of GDPs, it is now individuals, and not states, who are accumulating wealth in eye-watering quantities.

A little bit of inequality is to be expected; indeed one could argue it a normal part of economic life in a market-based system. But the tragedy of the current economic order is not just the extreme levels of inequality but also the social attitudes that have normalized it.

There are those who argue that efforts to reduce inequality will stifle competition and constrain enterprise and growth. Greed is good, they say. Haven’t you heard about trickle-down economics? Well, I’ve heard and, along with a growing number of others, I’m not buying it.

Even the World Economic Forum’s own Global Risk Report cites severe income inequality as the single greatest threat to social and political stability around the world. Contemporary capitalism is creating deeply unstable growth. The inequality it engenders is bad for humanity, not only in the sense that it is unjust, but in that it leads instrumentally to negative outcomes for society as a whole. It is a corrosive force, hampering our fight against poverty and sowing the seeds of social unrest.

The mandates of our governments are heavily, disproportionately, influenced by the priorities of this wealthy elite. The super-rich are rigging the rules of the game in their favour.

Governments are going to be neither able nor willing to tackle inequality until mass social mobilisation demands that they do so. We need to examine the attitudes and beliefs that perpetuate and increase inequality. We need to stop believing that what is happening now is normal, inevitable even. It’s not. We need to make extreme personal wealth an unacceptable reality and its defenders, pariahs. What matters most in the fight against inequality is how we think. We need to establish new norms around inequality, wealth and poverty.

A growing number of civil society organisations, trade unions and faith groups have come together to form a new Fighting Inequality Alliance. Our aim is to build upon work already begun by grassroots movements such as Occupy to change social norms around wealth accumulation. Only a global peoples’ movement can begin to counterbalance the power and influence of the 1%. Only a growing tide of peaceful protest can challenge inequality as a global social norm and force governments to respond.

Until we achieve this change in attitude, governments will not fundamentally alter the way they manage our economies. We won’t see tax havens eliminated, or all workers receiving a living wage. We won’t see increased government spending on public services funded by more progressive tax systems. We won’t see more transparent policymaking or meaningful strengthening of financial regulations.

We need a new global economy that works for the majority. But until the majority stand up and make themselves heard – until their influence overwhelms that of the wealthy elite – we will not achieve it.

Already, we are beginning to see exciting new thinking around wealth redistribution, such as this from Laurence Chandy at the Brookings Institute. But, what if, instead of focusing on redistribution solutions, we look to prohibit the accumulation of enormous personal wealth in the first place? While it is commendable that some of the world’s richest people including Bill Gates, Warren Buffet and Mark Zuckerberg will give away much of their fortunes not all billionaires will follow suit.

Were we to establish new rules, or norms, around how much wealth one individual can legitimately amass, some would no doubt argue that we would damage the economic growth incentive. But, we’re talking about marginal billions here. The innovators, the technology pioneers of our age, are not going to alter their investment decisions or risk tolerance should they stand to gain 1 billion rather than 10.

Nor is all this quite so radical as it might sound. Take the example of inheritance taxes. While the details of these law’s application may be contested, the legitimacy of its existence is not. We accept that there should be limits to how much wealth is hoarded inter-generationally. Why not something similar at the global level? My point is this: if we limit our thinking to taxing the super-rich or trying to encourage more billionaires to behave like Gates, Buffet or Zuckerberg, we may achieve some redistribution but not address the drivers of inequality. As the world heads towards its first trillionaire, we need to change the rules of the wealth game.