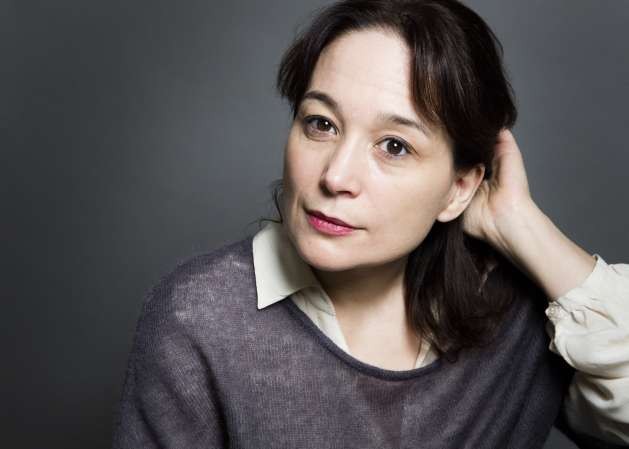 PARIS, Mar 14 2017 (IPS) - Laura Alcoba is an Argentine-born writer and translator who lives in Paris, France. Her first book, Manèges (The Rabbit House), described Argentina’s “Dirty War” of the 1970s from a child’s perspective, when even the very young knew what could happen “if your political sympathies drew the attention of the dictatorial military regime”. Thousands were killed, tortured, and abducted, and many names remain among “los desaparecidos”.

In the powerful and widely acclaimed memoir, readers see events through the eyes of the young Alcoba, whose father is imprisoned, forcing her and her mother to live in hiding with other members of the resistance movement.

Alcoba followed this affecting story with Le bleu des abeilles (The Blue of the Bees), which recounts her move to Europe to join her mother who had been granted refuge in France. At the age of ten, the author discovered a new country and language, and the book depicts a child’s experiences with living in exile, even as her father remained imprisoned “at home”.

This year Alcoba has published La Danse de l’Araignée (The Dance of the Spider / Gallimard Press), her fifth book and the latest in the trilogy of memoirs. In the following interview, she speaks with Jamaican writer Alecia McKenzie (an IPS correspondent) about her new work, her natal country, and her life in France as an author. (The interview is translated from French.)

McKenzie: How would you describe La Danse de l’Araignée? What can readers expect?

Alcoba: In La Danse de l’Araignée, the 12-year-old narrator lives with her mother and a friend of her mother named Amalia, in France, on the outskirts of Paris. These two women and the young girl are Argentine refugees. The story takes place at the beginning of the 1980s. The narrator in the book is on the threshold of adolescence and all the

The past resonates in us and around us. You cannot turn your back. When it is painful, when it brings wounds, to ignore the past could be toxic, even very dangerous sometimes.
changes it brings – anxiety and dreams. Her head is also full of the correspondence that she has with her father, a political prisoner in Argentina. Despite the separation and the physical absence, the father is very much present thanks to the epistolary exchange. In one of his letters, he speaks to her of a spider that could serve as a pet, as a companion. A huge spider, a hairy tarantula, which makes her dream.  But how can a man play his role as a father even when he’s absent? In La Danse de l’Araignée, the challenges and obstacles are so many: distance, the prison where her father is, censorship (the letters are read by the prison administration and have to pass certain controls to enter or leave the prison). However, the narrator and her father manage to speak with each other, and the father/daughter relationship becomes a reality.

A.M.: Why have you told your story as a trilogy, rather than as a one-volume memoir?

L.A.: I didn’t set out to write a trilogy.  These three books came one after the other. A few years following the publication of Manèges (The Rabbit House), it seemed to me that the little girl who narrated the story in my first book – about her life under dictatorship in a house where there was a printing press behind a rabbit-breeding enterprise – should regain the words. To speak of exile, this time, and also the way in which an absent person could be at the centre of a child’s existence:  that’s what I did with Le Bleu des abeilles, where I evoked the correspondence that I maintained for a long time with my father. We wrote once a week to each other for two and a half years.

But after the publication of this book, I realized that the little girl hadn’t said everything there was to say. I felt that she needed to continue her story. Something important happens in La Danse de l’Araignée.  My latest book marks the end of the narrator’s exile: it’s after what is recounted here that she can fully put down roots in her new country. Furthermore, the age of the narrator in La Danse de l’Araignée particularly interests me. This age when one is between two worlds:  that of a child and that of burgeoning adulthood.

A.M.:  In The Rabbit House, you began the prologue by noting that you thought you would write this story only when you were very old, but then one day you “couldn’t bear to wait any longer”. How did this day come about? What made you begin to “remember the past in much more detail”?

L.A.: In my first book, I recount a very painful period, under the Argentine dictatorship. A tragic story where several people lost their lives and in which a mother and her daughter are separated: Diana Teruggi and Clara Anahí Mariani. Diana Teruggi was assassinated in November 1976, and her daughter, who was then a baby of three months, was carried off by soldiers. As a child, I lived with my mother in the house of Diana Teruggi and her husband, before these events. Diana was then pregnant. The army was looking for my mother. We had to hide…

I remember very well what we lived through in this house, where several people lost their lives in a tragic way after our departure. For a long time, I had wanted to write about these events. I told myself that if I wanted to become a writer, I needed to find the courage to begin with this. That this story and no other had to be the first stone. But I couldn’t stop saying “later”. Still, I felt a sense of urgency at a certain moment. I had to write, immediately. I 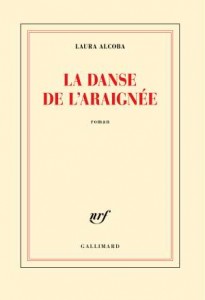 think the birth of my daughter can explain this feeling. I started writing my first book at the moment that my daughter reached exactly the same age that Clara Anahi was when her mother was assassinated. That, without doubt, contributed to a sort of closeness between Diana and myself, and the memory of Diana came alive. Suddenly I could see her again. Her beauty, her smile, her strength. It was necessary to save a trace of all that, which I could give to others in writing this book.

A.M.:  The events are all portrayed with gripping clarity and intensity in the books. How do you balance “truth” and “memory” as a writer?

L.A.: I tried to bring up all the images from memory (the visual dimension is very important in my writing – it’s always the starting point).  Using these images, I look for the child that I was, and especially her voice. But this voice is that of a character. It’s not me remembering myself from the present. It’s the child who speaks – a child that I no longer am, a child who has to be a creation since she speaks in the present for herself.  But this child, I look for her and I create her through the images of the past that I manage to bring to light. There can of course be some distortions. My books are not testimonies. I see them as the result of a sort of quest.

The intensity with which children and adolescents live in relationship to the world is very special. For them, everything is new, everything is discovery.  I think that the intensity comes from my making a child speak, that I try to give form to the past from this point of view, from this «distance ».

A.M.: Yet, how much of your books is bearing witness, so that atrocities committed are not forgotten?

L.A.: The past resonates in us and around us. You cannot turn your back. When it is painful, when it brings wounds, to ignore the past could be toxic, even very dangerous sometimes. All my writing speaks of this, I think.  But if you have to give the hurtful past its place, if you have to listen to it and draw lessons from it, this is also to free yourself from it.

A.M.: You write in French, but you translate books from Spanish. How do you relate to the two languages?

I really need these two languages, which I love deeply. I pass from one to the other ceaselessly. I love translating. But for my literary work, it’s French that comes most naturally. Perhaps because Spanish is tied to fear, as I was growing up. When I was a child, during the Argentine dictatorship, it happened often that I didn’t know what I could say and what I had to keep hidden. So I preferred to keep quiet, it was wiser. It’s because of this that, although I dearly love my maternal language, I’m very grateful for French, very happy of the freedom that I’ve found using it.

A.M.: How have the books been received in Argentina, and in Latin America generally?

L.A.: In Argentina, my books have been received with a lot of warmth and sympathy. Each week, I receive messages from readers, often young people. The reception to the books in Spain, Latin America and particularly Argentina has really touched me.

L.A.: I’m currently writing a book that requires a lot of research and which I hope to finish in a year. But perhaps it will take two more years. It’s a story that occurs between Latin America and Europe. For this novel, I’m working on a true story that requires me to consult many books and to call on others for their memories.

Laura Alcoba and other writers from Latin America and the Caribbean will discuss their work at the Maison de l’Amerique Latine in Paris on March 15, 2017.

This piece was originally published on the culture site SWAN