Financing Key to Reaching Everyone, Everywhere with Water & Sanitation 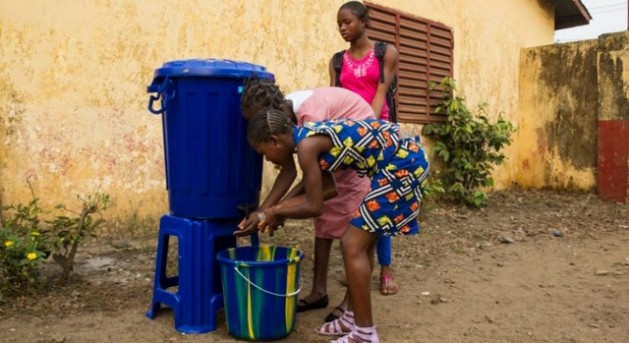 LONDON, Apr 13 2017 (IPS) - Eighteen months ago, UN member-states pledged a new set of goals on eradicating extreme poverty and creating a fairer, more sustainable planet by 2030. This week, we have alarming evidence that at least one of those goals – Sustainable Development Goal 6, to reach everyone everywhere with access to water and sanitation – is already in peril.

The UN Water Global Analysis and Assessment of Sanitation and Drinking-Water (GLAAS) report produced by the World Health Organisation (WHO) has revealed a huge gap in financing with over 80% of developing countries reporting that they have insufficient resources to meet their national targets.

Globally, the World Bank estimates that as much as £114 billion is required annually, around three times current levels – to meet the UN Global Goals’ ambitions to reach everyone, everywhere with safely-managed water and sanitation.

Soberingly, new aid commitments from donors for water and sanitation have fallen by 21% since 2012, from US$ 10.4 billion to US$ 8.2 billion in 2015. Also of major concern is the continuing ineffective targeting of aid. GLAAS reported one country in Europe – Ukraine — received the equivalent of more than half of the aid commitment for water and sanitation to all of Sub-Saharan Africa in 2015.

Nearly 2.4 billion people in the world are without access to decent sanitation, and the resulting health crises kill 315,000 young children each year
Closing this financial gap will require increased levels of domestic and international finance for water, sanitation and hygiene (WASH), from both public and private sources.

However, given the scale of the financial challenge, there remains a strong need for international aid.

This is all the more important given the additional challenges faced by many developing countries from growing populations, rapid urbanisation, water scarcity and climate change.

Among other findings in this regular report card on water and sanitation financing:

• Some 85% of the global population without access to improved sanitation or drinking-water from an improved source live in three regions: Central and Southern Asia, East and South-eastern Asia, and Sub-Saharan Africa. However, aid commitments to these three regions were only 48% of global overseas development aid for water and sanitation in 2015.

• Non-governmental projects and funding are greater than government spending on water and sanitation in many countries, demonstrating the critical need for continued international aid, as well as efforts to create greater domestic revenues and stronger government systems.

• Sanitation spending is still half that of spending on water, despite there being 2.4 billion people – or one in three of the world’s population – without access.

These are alarming trends. Water, sanitation and hygiene programmes are critical for good health, education and improved livelihoods, providing an essential building block for the eradication of poverty. For every £1 invested, an estimated £4 is returned through improved health and productivity.

Yet we see by the GLAAS report’s findings that the majority of developing countries do not have enough money to achieve their targets on water and sanitation access and that aid commitments are actually falling.

WaterAid has called for overseas development aid to water, sanitation and hygiene to at least double from current levels by 2020, with an emphasis on grant financing, and for it to be targeted to areas of greatest need.

We want to see the volume of development aid spent on water, sanitation and hygiene increased. But just as importantly, we want to see it spent well.

An essential component of aid is ensuring countries have support to plan for water and sanitation services today and in the long-term, with appropriate financing for maintenance and staff training. Without these changes, many countries will be seriously off track on SDG 6 even at this early stage.

The GLAAS report has been released ahead of the World Bank Spring Meetings in Washington D.C.

On 19-20 April, as part of the Spring Meetings, the Sanitation and Water for All partnership of more than 150 organisations will gather senior finance and water and sanitation ministers from around the world in high-level meetings, to monitor progress on delivering water and sanitation in their countries and call for further commitments.

As a founding member of the Sanitation and Water for All partnership, WaterAid is calling on ministers from both developing and donor nations to join the High-Level Meeting and deliver on their promises to reach everyone, everywhere with clean water and sanitation by 2030.

But those still without access are often hardest to reach – marginalised by poverty, remote or rural locations, age, gender, ethnicity or ability. Going the last mile on water, and extending this progress to sanitation, requires high-level commitment, and the will to turn commitment into action.