is a former economics professor who served as a senior UN official during 2005-2015. is an University of Oxford biochemistry graduate currently involved in research. Both are Malaysians. 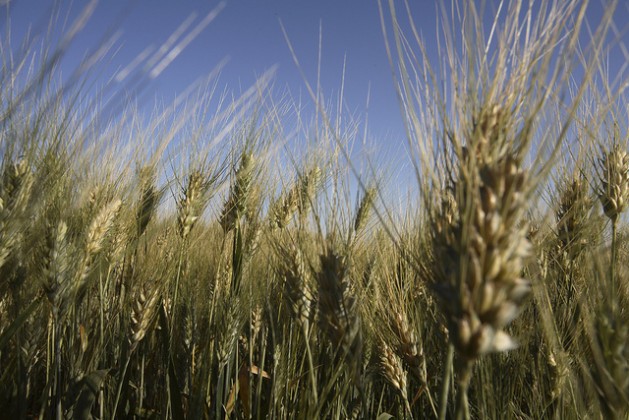 While US agribusiness has long claimed that GMOs will “save the world”, there has been little compelling evidence to this effect after two decades. Credit: IPS

Trans-Atlantic divide
A report by the United States National Academy of Sciences, Engineering and Medicine – picked up by the New York Times – found that US GE crop yield gains have slowed over the years, leaving no significant advantage in yield gains compared to non-GE plant varieties. Over two decades ago, Western Europe largely rejected GE crops while North America – the United States and then Canada – embraced them. More than twenty years later, US crop yield gains are not significantly higher than in Western Europe.

Glyphosate-resistant GE crops survive herbicide spraying while killing non-resistant weeds. However, rising weed resistance to glyphosate has led to the application of larger doses. For example, although land planted with GE soybeans has grown by less than a third over the last two decades, herbicide use has doubled. Herbicide use for maize production was declining before the introduction of GE crops, but has increased since 2002.

Glyphosate was assessed as carcinogenic by the International Agency for Research on Cancer (IARC) under the World Health Organization. Some glyphosate-based herbicides also contain other more toxic herbicides – such as 2,4-D, a key ingredient in Agent Orange, the infamous Vietnam War defoliant – to increase their efficacy against resistant weeds.

Diversity declining
GE crops, typically with traits which tend to result in monoculture, have been promoted as more productive than non-GE crops. As farmers adopt GE crop varieties, others varieties are abandoned, and access to such seeds are increasingly in the hands of giant transnational seed companies rather than government facilities.

But when farmers lose confidence in GE crops or wish to turn to non-GE varieties for other reasons, they are no longer able to simply revert to their old non-GE varieties or to crossbreed them. Instead, they now need to buy seeds from these very same monopolistic transnational seed companies.

Similarly, the impact on ecological diversity, important for maintaining fragile ecosystems, cannot be underestimated. Biodiversity reduction fundamentally transforms ecosystems. Rich, diverse traditional farmer knowledge – of the use of plants and other natural resources to maintain soil and plant health, and to conserve water and other natural resources – is also being ignored in favour of ‘hi-tech’, genetically-engineered, agro-chemical and other ‘industrial’ solutions, which invariably engender new problems. For example, pesticides are intended to be toxic only to pests, but not to others, but most are carcinogenic or otherwise dangerous to human health.

While GE crops offer some benefits, unclear productivity advantages and rising pest resistance are reducing the edge it once claimed over conventionally developed crops. GE crops seem to be harmless, but there is still much uncertainty over their longer-term effects, including increased pesticide resistance and reduced diversity. The scientific ethic advising precaution in the face of uncertainty seems to have been abandoned in favour of profitable expediency, ostensibly to increase productivity and reduce agro-chemical reliance, neither of which have been achieved.

Corporate power growing
As many of the same corporations or conglomerates sell both GE seeds as well as the agro-chemicals needed to increase yields, the potential for other types of innovation is inevitably diminished. Recent mergers and acquisitions have further consolidated oligopolies selling both seeds and agrochemicals, exemplified by the acquisition bid for Monsanto by Bayer. Not surprisingly then, companies have less incentive to develop new traits, or to invest heavily in tackling other problems when greater pest resistance increases sales of their pesticides and overall profits.

All this is often justified in terms of the urgent need to feed the hundreds of millions of hungry people in the world. However, although there already is enough food being produced to feed everyone in the world, the real problem is one of access, as most of the hungry do not have the means to buy or produce the food they need.

Therefore, while US agribusiness has long claimed that GMOs will “save the world”, there has been little compelling evidence to this effect after two decades. Proponents select evidence to support their exaggerated claims that GE varieties meet many needs in different parts of the world, although their actual track records are much more modest and chequered.

Much of the resistance against GE crops is due to the interests and methods of the agribusiness transnationals dominating food production, both directly and indirectly through their control and promotion of seeds, agrochemicals, etc.