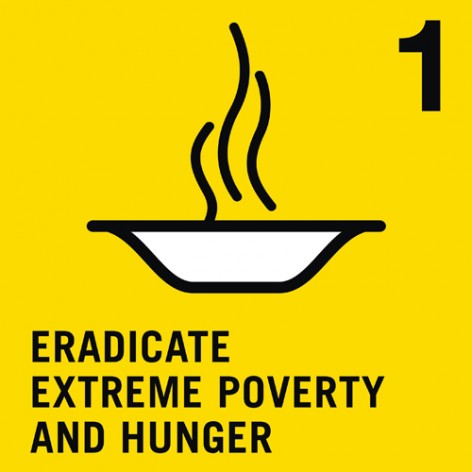 UNITED NATIONS, May 26 2017 - The Group of 77 is calling for a “substantive outcome document” at the conclusion of the upcoming High-Level Political Forum (HLPF) on Sustainable Development scheduled to take place July 10-19.

The Forum will also include a three day ministerial meeting July 17-19.

The theme of the Forum will be ”Eradicating Poverty & Promoting Prosperity in a Changing World”. The meeting is to be convened under the auspices of the Economic and Social Council (ECOSOC).

Speaking on behalf of the Group of 77, joined by China, an Ecuadorean delegate told a briefing that it was essential for the HLPF to “produce a concise yet powerful and substantive outcome document.”

First, in order to maintain consistency with the theme of the HLPF 2017, “Eradicating poverty and promoting prosperity in a changing world”, the document should emphasize at the outset and in its introductory part our overarching common goal to eradicate poverty in all its forms and dimensions.

This should include extreme poverty, recognized as the greatest global challenge and an indispensable requirement for sustainable development, while making the linkages with the cross-cutting nature of all the SDGs.

Poverty eradication, ending hunger, healthy lives and well-being, gender equality, infrastructure, industrialization, innovation, conservation and sustainable use the oceans, as well as means of implementation, must be adequately aligned with the theme, he added.

Second, almost two years have passed since the adoption of the 2030 Agenda for Sustainable Development and, while considerable effort is being exerted on implementing the Agenda, “yet we must acknowledge the sobering reality that the pace we are on will not deliver it, indeed, we are still distant from a clear path towards its full implementation.”

The Ecuadorean delegate also said: “We believe that the zero draft of the outcome document should improve on the over-emphasis presented in the draft elements paper on the social dimension of sustainable development by expanding on the economic and environmental dimensions, while underscoring the integrated, indivisible and universal nature of the SDGs, restating the importance of its linkages, and balancing the three dimensions of sustainable development, as well as for humanity to live in harmony with nature.”

The zero draft should also reaffirm the principles recognized in Agenda 2030, in particular the principle of common but differentiated responsibilities. It should also reflect references to relevant intergovernmental policy documents, such as the New Urban Agenda adopted in Quito and the entry into force of the Paris Agreement adopted under the UNFCCC.

While underlining the importance of achieving gender equality and empower all women and girls and the role of youth in the implementation of the 2030 Agenda, the zero draft should make this reference not in the introductory part, but in a more adequate section, with a view to appropriately reflect a balance in all vulnerable groups that need to be empowered.

Although the Group supports the need for the ongoing discussions on the reform of the UN Development System, which is still a work in progress, most notably within the mandate of the QCPR resolution, both HLPF and ECOSOC HLS might not be the appropriate fora to address this subject.

“In any case, we should recognize the importance for the UN Development System to continue to support developing countries in their efforts to achieve internationally agreed development goals and their development objectives.”

Third, in the “Framing the Declaration”, “Progress to-date” and “Gaps and Challenges” sections, the following should be taken note of:

“Given that this will be the first year of thematic reviews, we should reflect it fully into the outcome document.”

Thus, It is fundamental to encompass a clear “goal-by-goal” reference to each of the SDG’s that will be reviewed in-depth in HLPF 2017, while safeguarding the integrated nature of Agenda 2030.

The Group also believe that a treatment of all levels, including the regional level, is fundamental to a thorough treatment of the SDGs.

Fourth, on Countries in special situations:

“Given our common endeavor to eradicate poverty and to achieve shared prosperity for all, the document should adequately recognize all categories of countries in special situation and emphasize their need for stronger support.”

Fifth, on means of implementation and partnerships:

The G77, joined by China, believes that the treatment of the issue of “means of implementation” to achieve sustainable development should be enhanced throughout the document as an important element of follow-up and review of the 2030 Agenda.

In this regard SDG 17, being annually considered and assessed, and bearing in mind its cross-cutting nature, should be reviewed in-depth on equal footing as the other SDGs that will be reviewed each year, and should also be discussed on this part of the document on MOIs.

The Group emphasized the need to avoid reference to “Monitoring”.

“We should also acknowledge countries that presented their Voluntarily National Reviews last year, highlight this year’s reviews, while stating that all countries are making efforts in line with their national priorities and different levels of national development and capabilities.”

A win-win cooperation approach should be considered for achieving SDGs. Wider mechanisms for consultation and participation by individuals in the implementation of the 2030 Agenda will enhance the sense of contribution, involvement and shared benefits.

“We should encourage the involvement of all stakeholders and not only that of civil society,” he declared.

According to the UN, the set of goals to be reviewed at the Forum include: Goal 17. Strengthen the means of implementation and revitalize the Global Partnership for Sustainable Development, that will be considered each year. The other goals under review include: