GODE, Ethiopia, May 11 2017 (IPS) - Displaced pastoralists gather around newly arrived drums of brown water as a water truck speeds off to make further deliveries to settlements that have sprung up along the main road running out of Gode, one of the major urban centers in Ethiopia’s Somali region. 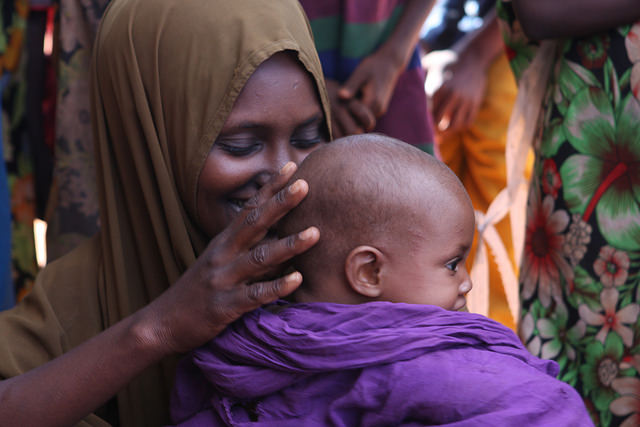 But its drought is inexorably getting more serious. IOM’s most recent IDP numbers represent a doubling of displaced individuals and sites from an earlier survey conducted between Sept. and Oct. 2016. 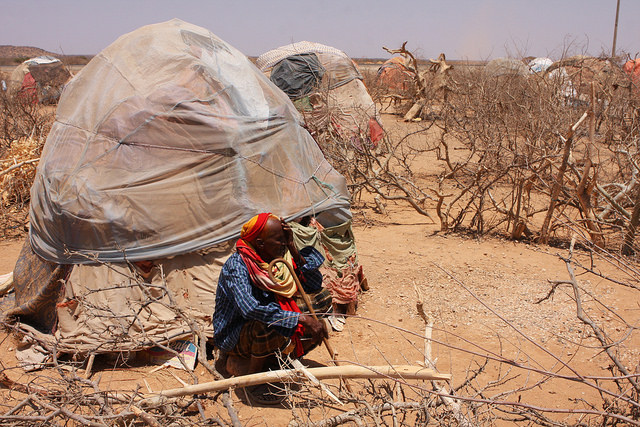 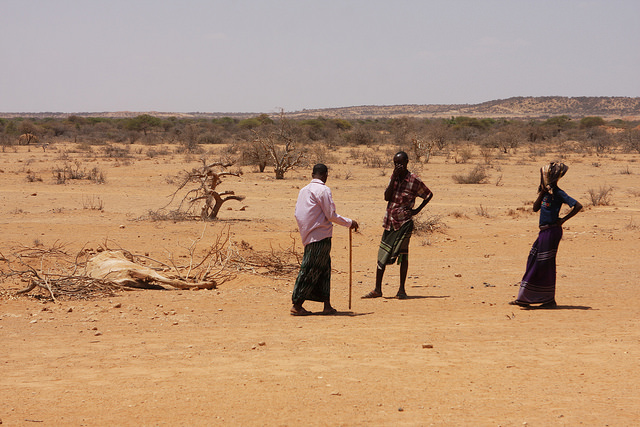 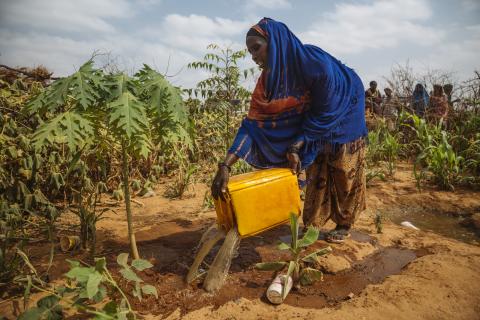 Amina, a former pastoralist and now displaced by drought, tends a garden that is nourished by the run off from a nearby water point in an IDP camp in Somalia. Credit: Muse Mohammed/UN Migration Agency (IOM) 2017 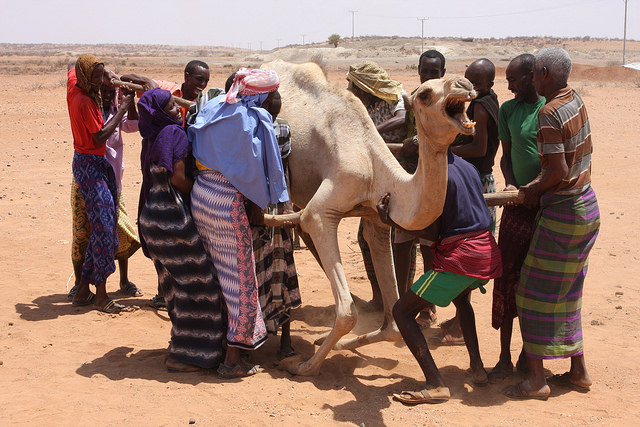 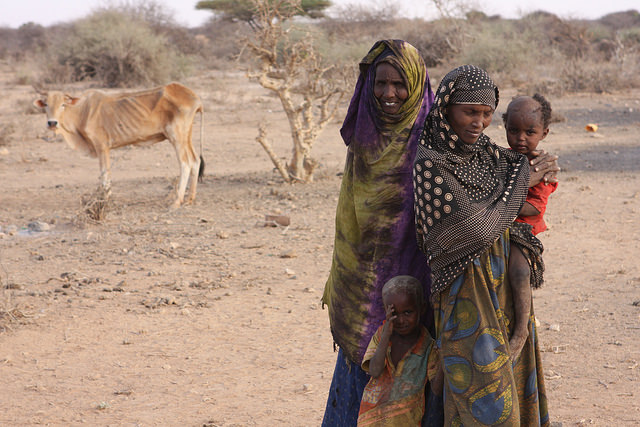 Women and children at an IDP settlement 60km south of the town of Gode, reachable only along a dirt track through the desiccated landscape. Credit: James Jeffrey/IPS 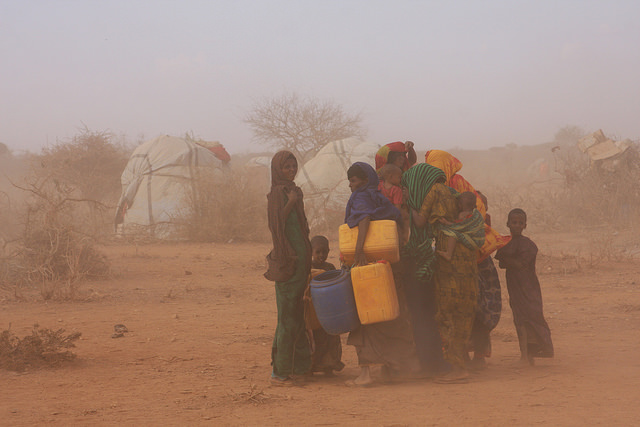 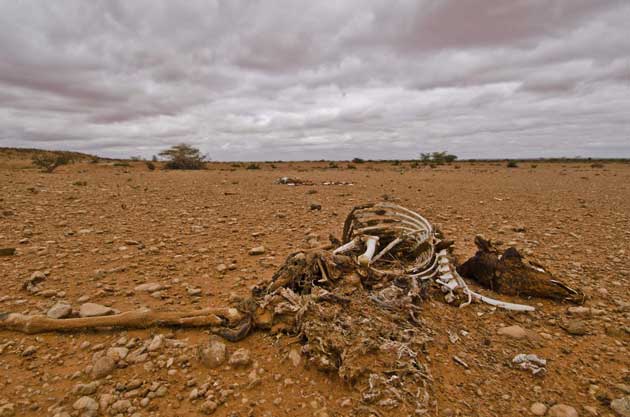