Using Agriculture and Agribusiness to Bring About Industrialisation in Africa

Akinwumi Adesina is President of the African Development Bank 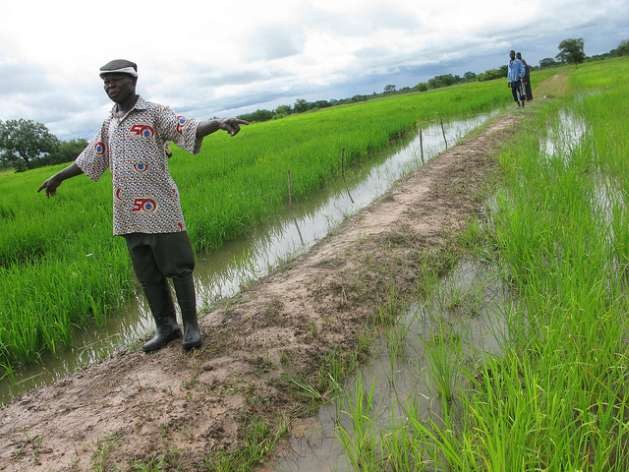 ABIDJAN, Côte d'Ivoire, May 12 2017 (IPS) - No region of the world has ever moved to industrialised economy status without a transformation of the agricultural sector. Agriculture, which contributes 16.2% of the GDP of Africa, and gives some form of employment to over 60% of the population, holds the key to accelerated growth, diversification and job creation for African economies.

But the performance of the sector has historically been low. Cereal yields are significantly below the global average. Modern farm inputs, including improved seeds, mechanisation and irrigation, are severely limited.

In the past, agriculture was seen as the domain of the humanitarian development sector, as a way to manage poverty. It was not seen as a business sector for wealth creation. Yet Africa has huge potential in agriculture – and with it huge investment potential. Some 65% of all the uncultivated arable land left in the world lies in Africa. When Africa manages to feed itself, as – within a generation – it will, it will also be able to to feed the 9 billion people who will inhabit the planet in 2050.

However, Africa is wasting vast amounts of money and resources by underrating its agriculture sector. For example, it spends $35 billion in foreign currency annually importing food, a figure that is set to rise to over $100 billion per year by 2030. 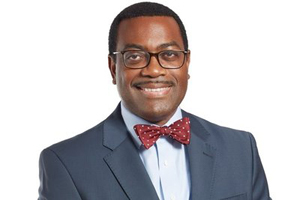 In so doing, Africa is choking its own economic future. It is importing the food that it should be growing itself. It is exporting, often to developed countries, the jobs it needs to keep and nurture. It also has to pay inflated prices resulting from global commodity supply fluctuations.

The food and agribusiness sector is projected to grow from $330 billion today to $1 trillion by 2030, and remember that there will also be 2 billion people looking for food and clothing. African enterprises and investors need to convert this opportunity and unlock this potential for Africa and Africans.

Africa must start by treating agriculture as a business. It must learn fast from experiences elsewhere, for example in south east Asia, where agriculture has been the foundation for fast-paced economic growth, built on a strong food processing and agro-industrial manufacturing base.

This is the transformation formula: agriculture allied with industry, manufacturing and processing capability equals strong and sustainable economic development, which creates wealth throughout the economy.

Africa must not miss opportunities for such linkages whenever and wherever they occur. We must reduce food system losses all along the food chain, from the farm, storage, transport, processing and retail marketing.

To drive agro-industrialization, we must be able to finance the sector. Doing so will help unlock the potential of agriculture as a business on the continent. Under its Feed Africa strategy, the African Development Bank will invest $24 billion in agriculture and agribusiness over the next ten years. This is a 400% increase in financing, from the current levels of $600 million per year.

A key component will be providing $700 million to a flagship program known as “Technologies for African Agricultural Transformation” for the scaling up of agricultural technologies to reach millions of farmers in Africa in the next ten years.

This is the transformation formula: agriculture allied with industry, manufacturing and processing capability equals strong and sustainable economic development, which creates wealth throughout the economy.
Finance and farming have not always been easy partners in Africa. Another pillar of the Bank’s strategy is to accelerate commercial financing for agriculture. Despite its importance, the agriculture sector receives less than 3% of the overall industry financing provided by the banking sector.

Risk sharing instruments may resolve this, by sharing the risk of lending by commercial banks to the agriculture sector. Development finance institutions and multilateral development banks should be setting up national risk-sharing facilities in every African country to leverage agricultural finance. And the African Development Bank is setting the pace based on a very successful risk sharing scheme that I promoted while Agriculture Minister in Nigeria.

Rural infrastructure development is critical for the transformation of the agriculture sector, including electricity, water, roads and rail to transport finished agricultural and processed foods.

This can be achieved by developing agro-industrial zones and staple crop processing zones in rural areas. These zones, supported with consolidated infrastructure, including roads, water, electricity and perhaps suitable accommodation, will drive down the cost of doing business for private food and agribusiness firms.

They will create new markets for farmers, boosting economic opportunities in rural areas, stimulating jobs and attracting higher domestic and foreign investments into the rural areas. This will drive down the cost of doing business, as well as significantly reduce the high level of African post-harvest losses. As agricultural income rises, neglected rural areas will become zones of economic prosperity.

Our goal is simple: to support massive agro-industrial development all across Africa. When that happens, Africa will have taken its rightful place as a global powerhouse in food production. It could well also be feeding the world. At this point the economic transformation that we are all working for will be complete.

Dr Akinwumi Adesina is President of the African Development Bank. The 2017 AfDB Annual Meetings in Ahmedabad, India, 22-26 May, will focus on ‘Transforming agriculture for wealth creation in Africa’.