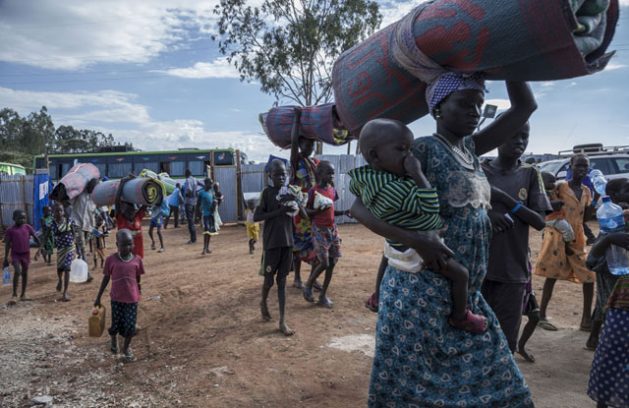 The figure equates to “one person displaced every three seconds – less than the time it takes to read this sentence, the United Nations High Commissioner for Refugees (UNHCR) reports, stressing the “very high” pace at which conflict and persecution is forcing people to flee their homes.

The report Global Trends, which as been released ahead of the World Refugee Day on June 20, marks a jump of 300,000 since the end of 2015. “By any measure this is an unacceptable number,” said UN High Commissioner Filippo Grandi, urging “solidarity and a common purpose in preventing and resolving crisis.”

According to the report, Syria remains “the world’s biggest producer of refugees” with 12 million people living in neighbouring countries and away from the region. There are 7.7 million displaced Colombians, 4.7 million Afghans and 4.2 million Iraqis.

However, in 2016, South Sudan became “the biggest new factor” when peace efforts broke down in July resulting in some 737,400 people fleeing by the end of the year.

Nyawet Tut, a South Sudanese mother of five in her 30s, described how soldiers set fire to her village and she had to run for her life with her own five children and five others of relatives killed in the conflict.

“My husband was killed in the war which, in addition to the shortage of food, made me decide to leave my home, everything, behind,” she told UNHCR staff during an interview at a temporary way station in Ethiopia.

In total, about 3.3 million South Sudanese had fled their homes by the end of the year, in what is known as the fastest-growing displacement of people in the world.

About half of the refugee population last year were children younger than 18 years of age, according the report. This is in contrast to the fact that children make up only about 31 per cent of the total world population.

Among its findings, the report noted that some 75,000 asylum claims were received from children travelling alone or separated from their parents. These include youngsters like Tareq, 16, who dodged armed combatants to walk out of Syria into neighbouring Turkey.

“There was no future where we lived,” he told UNHCR. “There was no university and no work. There were troops grabbing young children like me, and they send them to war, and they get killed. I wanted to study.” 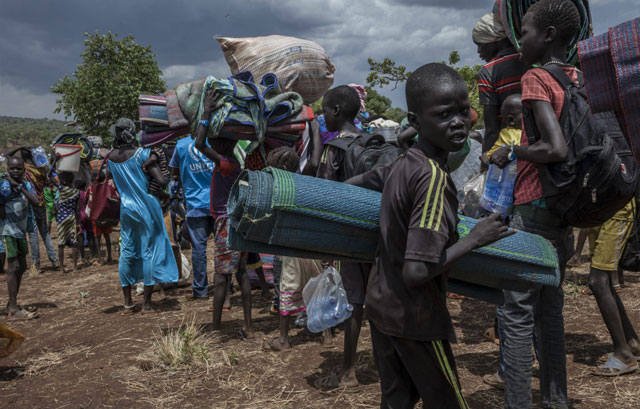 Developing countries are hosting the majority of the world’s refugees, UNHCR reported.

About 84 per cent of the people were in low- or middle-income countries as of end 2016. Of that figure, one in every three people, roughly 4.9 million people, were hosted by the least developed countries.

“This huge imbalance reflects several things including the continuing lack of consensus internationally when it comes to refugee hosting and the proximity of many poor countries to regions of conflict,” the UN agency said.

In addition, the figure “illustrates the need for countries and communities supporting refugees and other displaced people to be robustly resourced and supported,” UNHCR said, warning that the absence can create instability in the host countries.

With a record 65.6 million people last year forcibly uprooted from their homes by violence and persecution, United Nations Secretary-General António Guterres on June 20 called on the international community to provide support and solidarity.

“We reflect on the courage of those who fled and the compassion of those who welcome them,” the Secretary-General said in his video message for World Refugee Day.

He noted that more people than ever in our lifetimes are fleeing war, disasters and persecution.

Despite the hardships of fleeing with nothing, “they never lose their dreams for their children or their desire to better our world,” Guterres said. “They ask for little – only our support in their time of greatest need and our solidarity.”

The UN chief said it is “so inspiring to see countries with the least doing the most for refugees.”

According to the report, about 84 per cent of the people were in low- or middle-income countries as of end 2016. Of that figure, one in every three people, roughly 4.9 million people, were hosted by the least developed countries.