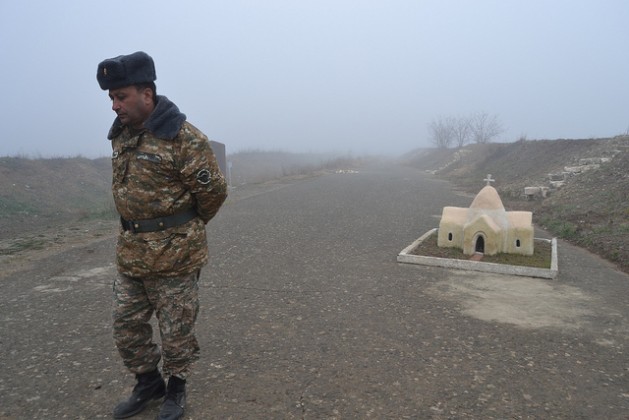 Was the post-Soviet transition the greatest 'man-made' economic disaster ever?. Credit: IPS

MOSCOW and KUALA LUMPUR, Jun 6 2017 (IPS) - Wide-ranging economic reforms following the demise of the Soviet Union at the end of December 1991 mainly resulted in economic collapse in most successor states. By the mid-1990s, output had fallen by about half compared to 1989.

In Russia, output fell by 45% during 1989-1998, as death rates increased from 1% in the 1980s to over 1.5% in 1994, equivalent to over 700,000 additional deaths annually. In some former Soviet states embroiled in military conflicts, such as Armenia, Azerbaijan, Georgia, Moldova, Russia and Tajikistan, GDP in 2000 was 30-50% of pre-transition levels! Even without military conflict, Ukraine’s GDP fell by nearly two thirds. In Eastern European countries, output fell less, averaging 20-30% over 2-4 years, whereas growth accelerated in China and Vietnam following reforms.

The huge collapses in output, living standards and life expectancy in the former Soviet Union during the 1990s without war, epidemic or natural disaster was unprecedented. During the Great Depression, GDP in Western countries fell by some 30% on average in 1929-1933, but then recovered to pre-recession levels by the end of the 1930s.

Many believe that “things went terribly wrong”, and that it would have been possible to avoid the fate of the former Soviet republics in the 1990s with different policies. After all, most other transition economies did better than them, and no Russian seriously believes that the exceptional length and depth of its post-Soviet recession was inevitable.

The question of the most appropriate post-Soviet economic transition policies is the subject of considerable debate, not least between those who advocate comprehensive ‘shock therapy’ and others who believe that pragmatic, gradual, piecemeal reforms, rather than policies driven by ideological dogmas, would have had much better consequences.

However, contrary to mainstream Western coverage, there is no evidence that rapid economic liberalization and macroeconomic stabilization would have improved post-Soviet economic performance. The apparent link between liberalization and performance is due to the greater depth of the recession in the former Soviet republics compared to Eastern Europe.

Attempts to correlate differences in output changes during transition to the cumulative liberalization index and to inflation rates have no explanatory value. Once a number of ‘initial conditions’ are taken into consideration, the liberalization index becomes insignificant. Although the Chinese index of ‘economic freedom’, as measured by the Heritage Foundation, has been about the same as Russia’s in recent years, the economic performance of the two countries have differed markedly.

Deep recessions
The depth of the recession was mainly due to three sets of factors. First, greater distortions in industrial structure and external trade on the eve of transition. Second, the collapse of state and non-state institutions in the late 1980s and early 1990s which resulted in chaotic transformation. Third, poor policies worsening macroeconomic instability.

The post-Soviet economic recessions were due to the high costs of the distortions – including excessive militarization and over-industrialization, ‘perverted’ trade flows among the former Soviet republics and with Eastern European countries, excessively large industrial enterprises and agricultural farm sizes – as well as efforts to correct them. In most cases, Soviet distortions were more pronounced than in Eastern Europe. Apparently, the larger the distortions, the greater the output reduction.

The greater collapse of state institutions also explains the severity of post-Soviet recessions. Differences in the depth of transformational recessions between Eastern Europe and the former Soviet republics appear to be due to their greater institutional collapses. Poorer government ability to collect taxes, check the shadow economy, and uphold ‘law and order’, e.g., by enforcing contracts, undermined creation of a business climate conducive to investment and growth.

Post-Soviet transitions (except in Uzbekistan, Belarus and Estonia) involved unfavourable initial conditions, institutional degradation, and poor economic policies, which were less problematic in Eastern Europe. Thus, the Gorbachev reforms of 1985-1991 failed, not because they were gradual, but due to weakened state institutional capacity. However, the Yeltsin reforms had catastrophic consequences due to inappropriate policy reforms for the Russian transition after Gorbachev.