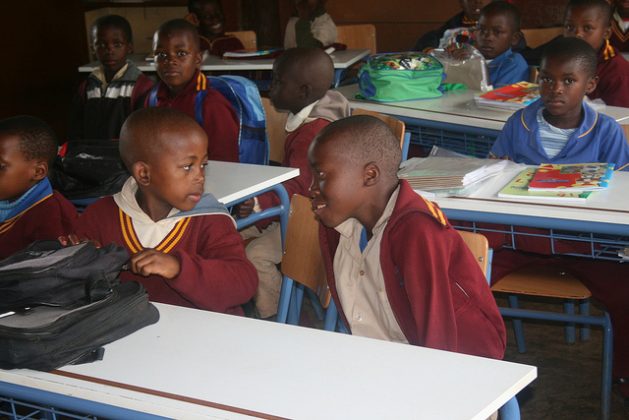 UNITED NATIONS, Sep 25 2017 (IPS) - Six out of ten children in the world are not achieving basic proficiency in reading and mathematics, a new report by the United Nations Educational, Scientific and Cultural Organization (UNESCO) shows.

The numbers, which estimate 617 million children in the world, includes 387 million who are primary school age and 230 million adolescents of secondary school age. These numbers mean that more than one half, or 56 percent, of all children will not be able to read or perform simple math by the time they reach adolescence. Similarly, adolescents readying to enter the workforce are lacking necessary education and skills.

This snowballing effect has serious implications for the future of achieving Sustainable Development Goal (SDG) 4, which aims to achieve equality in quality education to promote “lifelong learning opportunities for all.”

The staggering numbers, however, hide vast regional differences. For instance, one out of three children in this age group, who are unable to complete education, live in sub-Saharan Africa. If this trend continues, 202 million children stand to be affected by a lack of education. The most disadvantaged group is young girls. The report estimates that more than 70 million girls will not be able to read at the minimum level.

The numbers are worrying because many children are in school – and still not learning. Of all 387 million primary aged children, 262 million are in classrooms. Similarly, 137 million adolescents in school are unable to read and write fluently.

“The figures are staggering both in terms of the waste of human potential and for the prospects of achieving sustainable development,” said Silvia Montoya, Director of the UNESCO Institute of Statistics, in a press release.
Montoya said the new data was a “wake-up call” for far greater investment in quality education.

While the global development goals for inclusive education are clear, it has become increasingly clear that access to schools, albeit a first step, is simply not good enough to ensure literacy.