Abby Maxman is the President and CEO of Oxfam America

BOSTON, Massachusetts, Sep 22 2017 (IPS) - Two years ago, world leaders joined together to endorse a new and ambitious agenda not to reduce poverty but to eradicate it, not to lessen hunger but to end it once and for all, and not to overlook inequality but jointly to attack it. 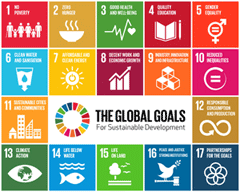 The Sustainable Development Goals (SDGs) broke new ground in the fight against poverty by moving beyond social development targets to better protect our fragile planet, reduce economic and social inequalities, and promote human rights. Today, the hard work to achieve this ambition is just beginning.

Delivering on the development goals will not be a technocratic exercise. Systematic and efficient monitoring, including good quality data, is crucial to tracking progress, but action on this front has been too slow.

But turning the inequality goal into a reality requires a fundamental change of approach on how governments take on vested interests, and how resources are shared.

Earlier this year, we at Oxfam’s pointed out that just eight men own the same wealth as half of humanity, the poorest 3.6 billion people. Worse yet, the gap between rich and poor is growing in countries across the world, in countries rich and poor.

At the same time, there are no shortage of tools proven to reduce the gap between rich and poor. What we need then are transparency, data, and accountability to ensure governments are using them.

Oxfam’s contribution to the effort is a global index that ranks 152 countries by the policies they have in place to reduce economic inequality, including fair and effective taxation, spending on health, education and social protection, as well as fair labor policies.

Our first version of this index, which we launched in July, found that the vast majority of governments – three quarters of those in our index – are doing less than half of what they could be doing to tackle inequality.

Sweden, Belgium and Denmark top the index because of high levels of social spending and good protections for workers. Nigeria, Bahrain and Myanmar come in at the bottom of the index because of exceptionally low levels of government spending on health, education and social protection, extremely bad records on labor and women’s rights, and a tax system that overburdens the poorest in society and fails to tax its wealthiest citizens.

But this is not a clear-cut story of rich country good, poor country bad.

The US, for example, ranks 23rd out of 152. That may not sound too bad, but it is not great for the richest country on earth. In fact, the US comes at the bottom among G7 countries when it comes to fighting inequality, and ranks 21st out of 35 OECD countries.

And even those countries at the very top of the list could do more. For example, Belgium’s corporate tax incentives allow big business to avoid paying their fair share, and Denmark has cut taxes for the richest. Worse yet, many countries at the top effectively export inequality by acting as tax havens.

More than $100 billion in tax revenues are lost by poor countries every year because of corporate tax dodgers — enough money to provide an education for the 124 million children who aren’t in school and fund healthcare interventions that could prevent the deaths of at least six million children.

Our hope with this Index is to build a public conversation about how to tackle this inequality crisis. Governments need to build fairer tax systems, uphold the rights of workers, and invest more money in our public services. We will only achieve the SDGs if our economies work for all of us, not just a few.

While achieving the SDGs will indeed be expensive, the world has enough resources. Now it’s up to governments to find the political will to allocate these resources towards ending extreme poverty, realizing human rights, and achieving sustainable development that truly leaves no one behind. And it’s up to us to hold them accountable to do so.

No doubt about it, we have much work ahead of us. And given everything else that’s going on in the world, it certainly feels like a rather daunting task. But together, we can be the generation that ends extreme poverty once and for all.