President Trump at the UN: a Reaction

UNITED NATIONS, Sep 20 2017 (IPS) - On September 18 and 19, US President Donald Trump addressed world leaders at the opening of the 72nd Session of the General Assembly in New York. 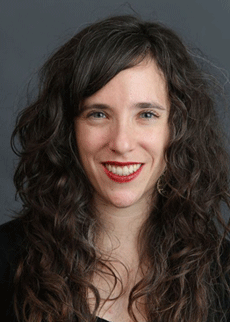 Time and time again, President Trump has threatened to curtail the United States’ obligations to the international human rights system and to the United Nations itself. In his remarks, the word he said most often – “sovereignty” – underscored that his political agenda promotes political isolationism and undermines the global cooperation that protects vulnerable people from natural disasters, corrupt governments, and civil war.

As an organization that serves as a watchdog on the UN, we know that sovereignty is a term loaded with negative meaning. Sovereignty is often an excuse for States to ignore their obligation to protect the human rights of individuals, especially those that are most marginalized and vulnerable.

Reform in President Trump’s words is code for stripping the human rights system of much-needed resources. We believe the only reform that is truly needed puts LGBTIQ people and all vulnerable groups at the center of UN governance, human rights, and programs. The reform and resources we need would elevate the rights of the world’s most marginalized, open space for meaningful civil society participation, and invest in climate justice.

OutRight addressed the kinds of reform that would advance human rights and strengthen the UN today.

The world’s most vulnerable and marginalized people shoulder the burden of poverty and discrimination, yet the UN currently fails to adequately address the needs of these populations. For example, UN Women, the lead agency addressing gender-based violence and gender justice, has one of the smallest budgets of all UN agencies. The UNDP proposed LGBTI Inclusion Index would aggregate global data about LGBTI people aligned with the Sustainable Development Goals, but it remains woefully underfunded.

Increased investment in UN programs that work with marginalized and vulnerable populations is essential if the sexual and reproductive health and rights of women, girls and LGBTI people are to be protected. Adequate funding is required to protect and promote the human rights of all women and girls, people of diverse sexual orientations, gender identities and expressions, and sex characteristics, indigenous, migrant, rural, and elderly people, as well as people with disabilities, and people living with HIV/AIDS.

Civil society access across the UN system is shrinking. In the last year alone, arbitrary and onerous restrictions on human rights defenders and organizations trying to utilize the UN have increased exponentially. Under these circumstances, civil society is unable to raise vital issues and act as a watchdog on States and UN officials, and the result is that transparency and accountability have been undermined. The very voices and people the United National claims to protect and serve are increasingly excluded from participating.

The reform needed would enable civil society to participate meaningfully in decision-making and for human rights defenders working at the international level to be protected from reprisals.

Investment in security alone is not sufficient to protect human lives. Peace and security are achieved through the protection and promotion of human rights and climate justice. Every day, people’s fundamental rights are egregiously and persistently violated in ways that shock the conscience. Often the only recourse and access to justice for individuals’ whose rights are being undermined and disregarded at the country level are international rights structures. Global migration and food scarcity will only be exacerbated if the world does not put issues of climate change front and center in policymaking.