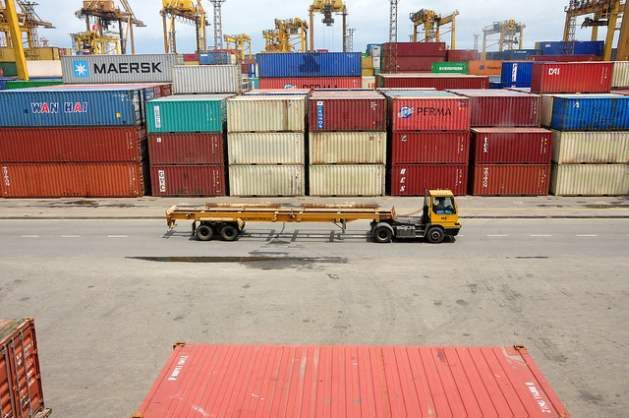 GENEVA, Sep 12 2017 (IPS) - Thanks to globalization and trade liberalization of commodities, services and goods, global trade has reached an unprecedented level. According to the United Nations Conference on Trade and Development, world trade in goods was valued at approximately USD 16 trillion. North-North trade generates the highest trade volume at approximately 6 trillion; trade flows within and between countries of the Global South amounts to 4.6 trillion. Trade between the Global South and the Global North -approximately between 2.5 and 3 trillion – add up to less than the trade flows within the Earth’s two main poles. 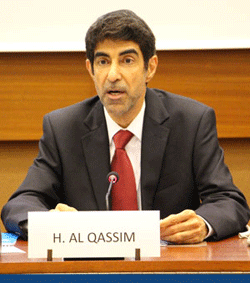 With a rapid population growth on the horizon, the potential to increase South-South trade and South-North trade is crucial to maintain economic growth and promote a sustainable and inclusive model of globalization. With more than 80% of the world population living in developing countries, South-South trade has the potential to increase in the years to come and to become a vector for economic growth and prosperity for a major world region whose potential has not been fully tapped during past decades.

The 2017 International Day for South-South Cooperation is an important opportunity to raise awareness about the importance of strengthening and enhancing economic cooperation between the world’s most populous regions. According to the US Energy Information Administration, 7 out of 10 countries with the highest proven oil reserves in the world are located in the Global South (Venezuela, Saudi Arabia, Iran, Iraq, Kuwait, United Arab Emirates (UAE) and Libya). If we look at the world’s diamond producing countries, 4 out of 7 are in thesub-Saharan Africa region (Botswana, Angola, the Democratic Republic of Congo and Namibia). Not only does the Global South account for more than 80% of the world population, it is also blessed with abundant natural resources.

There are numerous obstacles to unleashing the full potential of South-South trade cooperation, notably in the Arab region. In 1997, 14 Arab countries took the initiative to establish the Greater Arab Free Trade Area – a pan-Arab free trade and economic union – to spur economic growth in the Middle East and North Africa. This initiative can still become a success story if Arab states agree to remove and to eliminate tariffs hindering trade liberalization from taking full effect. The Gulf Cooperation Council is a good starting point. But even within this grouping which is one of the most successful economic trade block, setbacks occur. In addition, the unprecedented rise of military conflicts in the Arab region has hindered trade and economic growth. Ideological and political differences are still dividing Arab states in different sub-camps. These obstacles are also rife in many other regions in the Global South.

Another fundamental problem impeding better South-South trade cooperation is the current structure of the trade system. Many countries in the Global South are raw material producers with a strong primary sector in which the economic backbone is built primarily on the export of raw materials and commodities. Commodity and raw material prices are subject to volatility spurring social instability, as witnessed during the 2007-2008 world food price crisis or in the recent drop in oil prices. Countries in the Global South need to take further steps to move from a monoculture economy or one based on oil rent to an industrialized economy with a growing service sector as witnessed in the developed world. In the Arab region and especially in oil exporting countries, efforts are being made to diversify the economy despite the persistence of what is currently referred to as the “Dutch disease” (the discovery of natural gas in Groningen, Netherlands, drew all economic factors of production to the gas sector which led to the dereliction of the rest of the economy). The UAE, Oman, Saudi Arabia and Kuwait in particular are developing robust economic systems by reducing over-reliance on raw materials such as oil and gas. However, many countries in the Global South have not managed to free themselves from the raw material curse.

Countries in the Global South need to take further steps to move from a monoculture economy or one based on oil rent to an industrialized economy with a growing service sector as witnessed in the developed world.
In order to unleash the potential of South-South trade cooperation and ensure the right to development of their communities, countries in the Global South need to renew their commitments to create a global trade agreement that could bring about a meaningful South-South trade partnership. Although efforts were made to promote the Agreement on the Global System of Trade Preferences among Developing Countries (GSTP) as a blueprint for increased South-South cooperation, the GSTP has not materialized owing to differences in the elimination of trade tariffs. In the latest GSTP negations round that were held in Sao Paolo (Brazil), few countries signed the Sao Paolo Round Protocol despite the fact that the GSTP consisted of – at that time – 43 countries including Algeria, Egypt, Iraq, Libya, Morocco, Sudan and Tunisia. Although the Sao Paolo Round was concluded in 2010, it has not yet become effective owing to the insignificant number of countries signing and ratifying the protocol.

In order for an economic South-South trade agreement to become a reality, countries in the Global South need to ensure that trade policies are in line with the provisions set forth in the 1986 Declaration on the Right to Development. The protection of human rights needs to be embedded in all trade agreements of relevance to the Global South. In addition, developed countries must provide for an enabling environment to boost trade and development in developing countries. Unfair trade tariffs, subsidies and economic sanctions – hindering the realization of free trade between the Global South and the Global North – need to be eliminated so as to promote an inclusive and sustainable model of globalization that would serve the interest of the world society.