A Life Without the Threat of Violence for Everyone: Leave no One Behind

Message by Phumzile Mlambo-Ngcuka, UN Under-Secretary-General and Executive Director of UN Women for the International Day for the Elimination of Violence Against Women, 25 November 2017, and the Sixteen Days of Activism against Gender Violence

NEW YORK, Nov 22 2017 (IPS) - The initial response to the outpouring of ‘#MeToo’ around the world has been of outrage at the scale of sexual abuse and violence revealed. The millions of people joining the hashtag tide showed us how little they were heard before. They poured through the floodgate, opening up conversations, naming names and bolstering the frailty of individual statements with the robustness of a movement.

This virtual class action has brought strength to those whose stories would otherwise have not been told. Sexual violence in private almost always ends up as one person’s word against another, if that word is ever spoken. Even sexual violence in public has been impossible to call out when society does not view rape as a male crime but as a woman’s failing, and views that woman as dispensable.

We are seeing the ugly face of violence brought out into the light: the abuses of power that repress reporting and diminish the facts, and that exclude or crush opposition. These acts of power draw from the same roots, whether they concern the murder of a woman human rights defender standing up against big business interests in the Amazon basin, a young refugee girl forced to have sex for food or supplies, or a small business employee in London forced out of her job for being ‘difficult’, after reporting the sexual misconduct of her supervisor. In each case, and over and over, these acts of abuse have stemmed from a confidence that there will be no significant reprisal, no law invoked, no calling to account.

But everyone has the right to live their life without the threat of violence. This holds for all people, no matter what their gender, age, race, religion, ethnicity or caste, and irrespective of their income level, sexual orientation, HIV status, citizenship, where they live, or any other characteristic of their identity.

Violence against women and girls is not inevitable. There are many ways to prevent violence in the first place and to stop cycles of violence repeating.

As a society, we can support the passing and implementation of laws to protect girls and women from child marriage, FGM, domestic violence, sexual assault and harassment, and we can agitate for their impact to be properly monitored and evaluated. 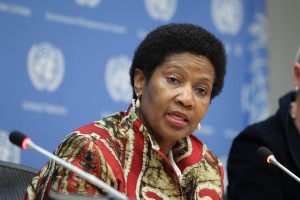 The provision of essential services for survivors of violence must be comprehensive, multi-sectoral, non-judgmental, of good quality and accessible to everyone, with no exceptions. These services are the frontline of response to those whose lives have just been ruptured; they must have the survivor’s dignity and safety as central concerns.

Prevention of violence must begin early. The education system and teachers themselves are at the forefront of children and young people learning to carry forward the principles of equality, respect and non-violence for future generations. This takes appropriate curricula and role model behaviour.

What #MeToo has shown clearly is that everyone has a part to play in changing our society for the better. We must speak out against harassment and violence in our homes, workplaces, in our institutions, social settings and through our media. #MeToo has also shown us that no one is immune. All institutions need to be aware of the potential for violence to occur among their staff. With that knowledge, we must take steps to prevent it, and at the same time be well prepared to respond appropriately.

In this broad effort to end violence against women and girls, we see men as playing a vital role in bringing change. Challenging sexism, male dominance and male privilege as society’s norm starts with modeling positive masculinities. Parents can instill principles of equality, rights and respect as they raise their sons; and men can call out their peers for the behaviours that are now being understood as the unacceptable tip of the harassment iceberg.

At the heart of today’s theme of ‘leaving no one behind’, is leaving no one out. This means bringing women and girls as equals into everything that concerns them, and planning solutions to end violence with those who have been previously dismissed, sidelined or excluded.

As a global community, we can act now to end violence against women and girls, to change institutions and work together to end discrimination, restore human rights and dignity, and leave no one behind.