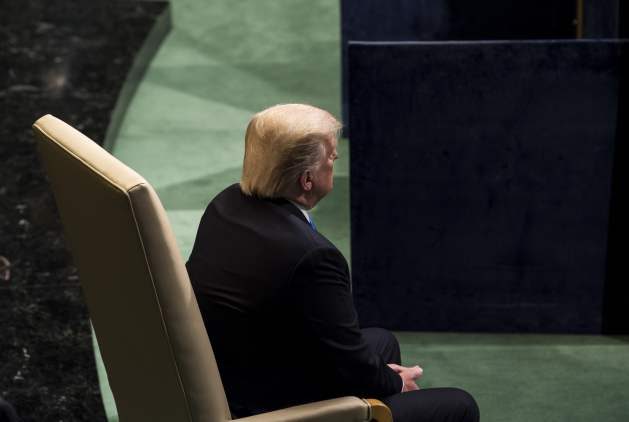 PENANG, Malaysia, Dec 21 2017 (IPS) - In 2017, Donald Trump dominated the year by using US clout to change many aspects of global relations, and not for the better.

Credit or blame goes mainly to United States President Donald Trump for this radical change.  This time last year, after he won the presidential elections, it was a toss-up whether Trump would implement his campaign promises or become a more statesmanlike President.

After all, most election candidates are extreme on the campaign trail to win votes,  then become moderate on assuming office.  Not Trump.  For the past year, he has ruled as if he was catering to his extreme right voter base, with its narrow, anti-foreign and anti-internationalist views.

Trump’s policies have been in line with implementing his America First inauguration slogan, which really meant the America of his voter base, and with the accompanying sentiment, why should we bother about the rest of the world?  And he reached out directly to his base and the world public via a daily dose of tweets.

The new US leadership threatened NATO, paralysed the G7, pulled the US out of the Paris climate agreement, UNESCO and Global Compact on Migration, reduced funding for the United Nations and its agencies, and stopped all funding to the Green Climate Fund.
Many Americans (which increasingly include many Republicans) were aghast.  And the rest of the world received one policy pronouncement after another with a mixture of disappointment, incredulity and outrage.  The list includes insults to traditional allies (Australia, Germany, Canada, Mexico, United Kingdom) and traditional and new foes real or imagined (North Korea, Iran, several Muslim-majority countries whose citizens now can’t enter the US) and with threats to economic rivals especially China but also countries with trade surpluses with the US, whom he labelled “cheaters.”

The new US leadership threatened NATO, paralysed the G7, pulled the US out of the Paris climate agreement, UNESCO and Global Compact on Migration, reduced funding for the United Nations and its agencies, and stopped all funding to the Green Climate Fund.

Trump’s policies were especially worrying for developing countries on trade issues.   He pulled the US out from the TPPA (Trans Pacific Partnership Agreement) and initiated a re-negotiation of NAFTA (North America Free Trade Agreement).

These by themselves may not be a bad thing, if the changes the US want are for the good of all sides, since FTAs involving the US have many serious flaws.  But the evidence is that although most of these FTAs are already biased towards American interests, the Trump administration want to ensure that new US FTAs will have even more benefits going to the US, for example through opening markets even wider for US products and even more stringent intellectual property provisions that favour US corporations.

Trump at first threatened to impose a 30-45 per cent tariff on imports from China and Mexico, but this has not been done (at least not yet). Then the Republican Congress leaders put forward a border adjustment tax scheme (as part of tax reforms) that would place a 20% tax on all imports; this plan was eventually withdrawn after many US companies that rely on imports protested.

The Trump administration then revived its unilateral trade weapon, Section 301 of the US Trade Act 1974, which the US had hardly used since the World Trade Organisation was established.  In August, Trump initiated that an investigation be conducted to see if Section 301 tariff increases should be imposed on China for alleged violation of intellectual property and for requiring US companies to transfer technology.  The use of Section 301 is not in line with WTO rules;  if the US returns to its old bad habit of taking unilateral trade actions, it will open the door to a global trade war.

Just as worrying was the new US attitude towards multilateral trade relations and the WTO.  It showed its contempt for the WTO’s dispute settlement system by blocking replacements for retiring Appellate Body members, thus reducing the WTO’s capacity to arbitrate trade disputes.  It has refused to recognise the work done so far in the Doha work programme, giving the view that Doha is dead, and given notice it wants a revamp of the concept and use of the WTO’s special and differential treatment principle that is so important for developing countries. 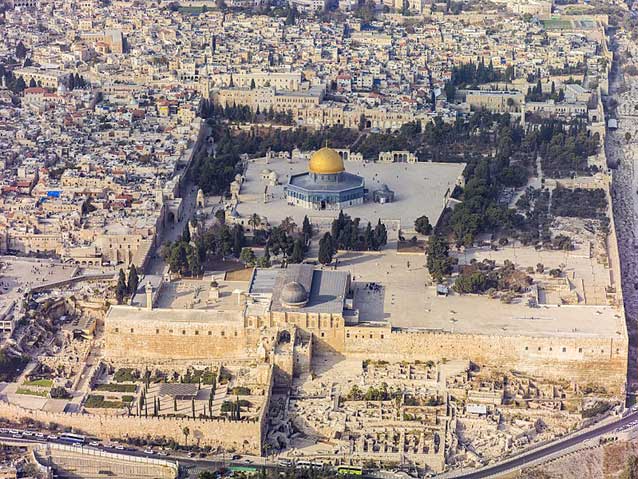 The year is ending with two more shocks. First, Trump announced the US recognises Jerusalem as the capital of Israel, going against the previous US policy, the official UN position and the status quo (where the city is presently shared between Palestine and Israel).  This move, planned by his son-in-law and not the State Department, has been opposed even by US allies.  And it has triggered outrage across the developing world, with protests held in many parts of Palestine (resulting in increasing numbers of deaths and injuries) and other countries.

The new US policy destroyed any remaining hopes, if any, of a solution to the Palestine-Israel conflict in the foreseeable future, and is likely to trigger another tragic round of bloody clashes in a region already fraught with wars.

Second, the US brought its antagonism to the present trading system to the Ministerial conference of the WTO held in the first half of December in Buenos Aires.  Its entrenched position refusing to recognise the WTO’s 16-year-old Doha agenda, or to honour a previous Ministerial commitment to create a permanent solution to a food security issue (known as public stockholding), or to acknowledge the principle and new proposals for special treatment of developing countries, was the main reason why the conference ended without the traditional Declaration and key decisions.  It also leaves the WTO in unchartered territory.

The Trump effect certainly dominated events and trends in 2017.  The biggest fear is that by design or accident or even an insulting tweet, conflict may break out between the US and North Korea, escalating into a nuclear war. If at least this can be avoided, we can thank our lucky stars.  So low have expectations of the world order fallen. 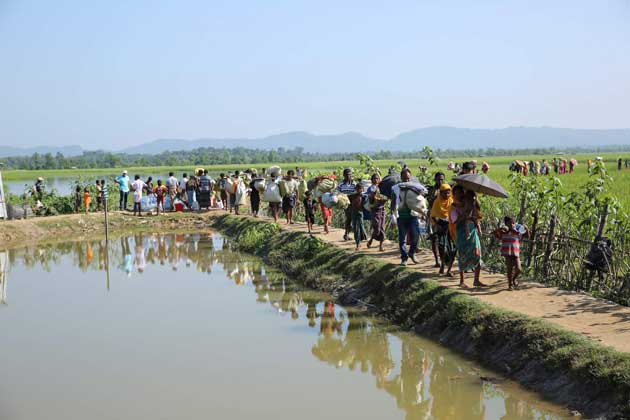 The year will also be remembered for the depths of inhumanity inflicted on fellow humans.

Top of the list is the persecution of the Rohingya in Myanmar. Since end-August, about 650,000 Rohingya crossed to Bangladesh to find refuge, at least 6,700 had been killed in the first month (according to a Doctors Without Borders survey) and many of their houses and villages had been burnt.  Despite widespread condemnation, including the top UN human rights official terming this as “elements of genocide”, the future of the Rohingya is both uncertain and bleak.

Natural calamities continued unabated.  Many countries across the world suffered from storms, cyclones and  hurricanes that wreaked destruction (with some Caribbean islands recently experiencing almost total physical and economic wipe-out);   earthquakes caused damage in other countries; forest fires swept across parts of California and elsewhere, and drought affected millions of people in Africa.

We are more and more witnessing the effects of climate change. The warmer atmosphere holds more water vapour, with higher potential for rainfall, while the warming oceans affect weather patterns, resulting in more powerful tropical storms and hurricanes.

But during the year, efforts to counter global warming were still at much too slow a pace. According to a recent report, global Greenhouse Gas emissions are estimated to have risen again in 2017, after a few years of decline.  Details on how to share the burden of transition to a low-carbon world have still to be worked out, and this hampers the speed of environmental action.   The US pulling out of the Paris Agreement and the about-turn in its domestic climate change policies made things worse.

The UNFCCC Conference of Parties session in Bonn in November discussed the details of interpreting the global framework of how countries should implement aspects of the Paris Agreement.  There was some progress, but also evidence that major differences remain, especially on North-South lines.

The global economy performed moderately well in 2017.  The US, Europe and Japan had more positive economic growth, though they have yet to recover from the financial crisis that began in 2008.  China’s economy expanded by near to 7%.   Buoyed by exports, Asian developing countries will attain better-than-expected 6% growth in 2017, according to latest Asian Development Bank estimates.

Some experts are however warning about the massive build-up of debt and predict another bout of domestic and international financial instability, that will also manifest in volatility in capital flows and foreign exchange rates.  So whether the 2017 momentum can be sustained, or whether 2018 will witness a bursting of the economic bubble, is unclear.

But that’s not the only thing that is unclear.  As the year ends, and a new year begins, there is great uncertainty in many areas and issues in the world.