Are Value Chains a Pathway to Nutrition in Sub-Saharan Africa?

NEW DELHI, Dec 11 2017 (IPS) - Although difficult to ascertain whether it is a trend reversal, two recent FAO reports (2017a, b) show a rise in hunger globally as well as in Africa. The number of undernourished (NoU) in the world suffering from chronic food deprivation began to rise in 2014 –from 775 million people to 777 million in 2015 – and is now estimated to have increased further, to 815 million in 2016. The stagnation of the global average of the proportion of undernourished (PoU) from 2013 to 2015 is the result of two offsetting changes at the regional level: in Sub-Saharan Africa, the share of undernourished people increased, while there was a continued decline in Asia in the same period. However, in 2016, the PoU increased in most regions except Northern Africa, Southern Asia, Eastern Asia, Central America and the Caribbean. The deterioration was most severe in Sub-Saharan Africa and South-Eastern Asia (FAO 2017a,b).

In 2016, weak commodity prices were partly responsible for a slowdown in economic growth across Sub-Saharan Africa to 1.4 %, its most sluggish pace in more than two decades. With the population growing by about 3 % a year, people on average got poorer last year, and, by implication, more undernourished. The greater frequency and intensity of conflicts and crises further aggravated undernourishment.

Food systems are changing rapidly. Globalization, trade liberalization, and rapid urbanization have led to major shifts in the availability, affordability, and acceptability of different types of food, which has driven a nutrition transition in many countries in the developing world. Food production has become more capital-intensive and supply chains have grown longer as basic ingredients undergo multiple transformations. Expansion of fast food outlets and supermarkets has resulted in dietary shifts. The consumption of low nutritional quality, energy-dense, ultra-processed food and drinks, and fried snacks and sweets has risen dramatically in the past decade.

The concomitant shift to the more market-oriented nature of agricultural policies means that agricultural technology and markets play a more important role in determining food prices and rural incomes, and more food is consumed from the marketplace rather than from own production. The greater market orientation of food production and consumption has increased the bidirectional links between agriculture and nutrition: agriculture still affects nutrition, but food and nutritional demands increasingly affect agriculture. Increasing demands for energy-intensive products exacerbate environmental impacts of food value chains: for example, excessive use of agricultural chemicals to extract more dietary energy from every hectare while contaminating the very food it produces, along with groundwater and the soil; and the greenhouse gas emissions from livestock industries to feed the ever-increasing demand for meat and dairy products (Carletto, 2015). 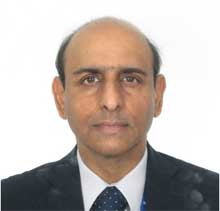 Value chain concepts are useful in designing strategies to achieve nutrition goals. Central to this approach is identifying opportunities where chain actors benefit from the marketing of agricultural products with higher nutritional value. However, value chain development focuses on efficiency and economic returns among value chain transactions, and the nutritional content of commodities is often overlooked.

A food value chain involves a series of processes and actors that take a food from its production to consumption and disposal as waste. In a value chain, the emphasis is on the value (usually economic) accrued (and lost) for chain actors at different steps in the chain, and the value produced through the functioning of the whole chain as an interactive unit. A value chain is commodity specific, and thus involves only one particular food that is relevant within a diet.

As value chains are crucial in determining food availability, affordability, quality, and acceptability, they have potential to improve nutrition. What is required is to identify opportunities where value chain actors benefit from supplying the market with agricultural products of higher nutritional value. Value chain development, however, has rarely focused attention on consumers—consumers are simply considered as purchasers driving the ultimate source of demand. In this light, the value chain strategy is likely to be enriched by a stronger consumer focus, and, in particular, a focus on consumer nutrition and health. The empirical evidence on the role of value chains in improving nutrition is, however, scanty and mixed.

Basically, nutrition results from the quality of the overall diet, not just from the nutrient content of an individual food. In value chains, the focus is generally commodity specific, rather than on how to integrate multiple chains to contribute to an enhanced quality of diet. There may be offsetting impacts such that, if one value chain works better and consumption of the associated food increases, consumption of other foods may decline.

On the demand side, the central issue is how to promote consumption of nutritious foods by target populations that may not be able to afford a healthy diet. Similarly, on the supply side, an important concern is the feasibility of targeting the poorest smallholders and informal enterprises along the value chain, particularly, involving women.

An example from Nigeria elucidates the potential of value chains for enhancement of nutritional value and the constraints that must be addressed. Chronic undernutrition is pervasive in Nigeria, with rates of stunting and underweight alarmingly high and little progress over the last decade. There are major disparities in nutrition outcomes between the wealthy and poor, between the north and south, and between urban and rural areas. Micronutrient deficiencies are widespread across social groups. Vitamin A deficiency, for example, is associated with 25% of child and maternal deaths. Together with direct nutrition interventions, it is necessary to improve the functioning of food value chains and provide access to nutrient-dense foods to the urban and rural poor.

Cowpeas make a substantial contribution to the nutrition of poor populations in Nigeria. Cowpea grains contain an average of 24% protein and 62% soluble carbohydrates. They are rich in thiamine, folates and iron, and also contain zinc, potassium, magnesium, riboflavin, vitamin B6 and calcium, as well as the amino acids lysine and tryptophan. Markets for cowpea products are mainly informal, and the majority of products are produced by small-scale businesses and sold locally. Few formal sector businesses have invested in cowpea products, and there is limited innovation in value-added products. A merit of cowpea foods is that they are readily acceptable to diverse populations, widely available across the country and can be distinguished from less nutritious alternatives. However, affordability and availability of cowpeas is constrained by major supply-side problems. Cowpea prices fluctuate between seasons, due to the susceptibility of grains to degradation and low use of improved storage technologies. Although simple, safe and low-cost technologies are available in the form of improved storage bags, these are not prominent in wholesale and transport stages of the value chain. Besides, existing preservation techniques make use of pesticides that create risks of toxic contamination. Improving use of storage technologies along the value chain, including on-farm facilities, transportation and storage facilities in markets would help alleviate this constraint-especially for smallholders.

So the challenges are creating incentives for businesses to focus better on nutritional foods and conditions enabling smallholders to integrate better into these chains.