Truth & Nothing But the Truth: Impact of Media & Communication on Democratic Participation 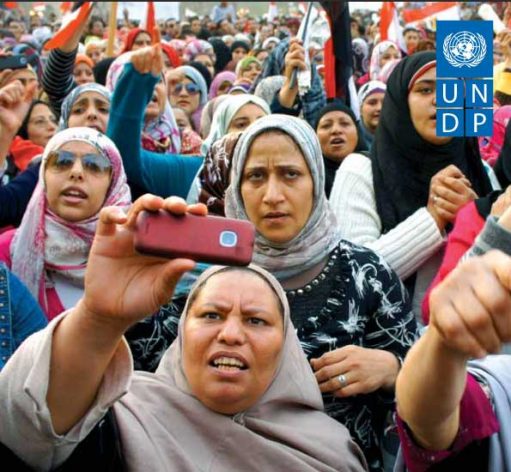 UNITED NATIONS, Feb 1 2018 (IPS) - In recent years, technological developments and the liberalization of media markets have fueled an explosive change in media and communication, with profound implications for how people are informed, how they interact with each other, and how they participate in public life.

Access to the internet and mobile phones is rising rapidly. While only 13% of the population of Africa subscribe to Facebook, this figure grew 810% in the period 2010-2017. Similar patterns can be seen across other regions, suggesting a significant shift in the way that people are gaining information and engaging with others.

The effects of these developments are unprecedented: from facilitating political engagement beyond election day, to foreign meddling in domestic affairs, to the uncontrolled spreading of misinformation and disinformation that spurs political polarization, even to the corroding of established democratic systems.

A free and independent media plays a central role in a healthy society – providing access to information, holding power to account, and offering platforms for debate and dialogue. As the technology and platforms through which information flows change, we need to think about the effects of these changes and ask ourselves what are the implications of this for peace, inclusive governance and social cohesion?

In many countries, media markets have liberalized, rapid change in ICTs has occurred, and media outlets have proliferated. The potential for media to support hate-speech, inflame conflict and reduce political accountability has also increased.

And while social media has created positive opportunities to network and engage, it has also created a range of new forms of problems, from bullying children and adults in the virtual space, to violations of privacy, stalking and identity theft, and companies increasingly scanning employees’ and applicants’ activities (and opinions) on social media.

Social media executives are aware of the challenge. In 2018, Facebook will hire more than 10,000 people only to work on safety and security.

The proliferation of digital platforms has, in some places, made it more difficult for governments to control people’s access to information, curtail their right to freedom of expression and curb the freedom of the press.

Nonetheless, today two-thirds of the world’s internet users live under regimes of government censorship and internet freedom across the globe declined for a sixth consecutive year in 2016. Topics that are subject to on-line restriction are criticism of authorities, exposure of corruption, public mobilisation, discussion on religion and advocacy for LGBTI issues.

More states use their power to intimidate their critics and as a result, those not subjected to formal state-based censorship may self-censor if the risks seem too great. Even in contexts where there is no censorship, analysts are now noting the pernicious effects on our societies of our increased ability to personalize our media consumption, deliberately reducing the range of information and viewpoints we want to encounter.

Social media have facilitated the rallying of people for a cause, within and across national boundaries, and stimulating mass movements. The #MeToo movement of 2017 spread across countries and languages and sectors, galvanizing millions of women and men to speak out about their experiences of sexual harassment.

Other progressive advocacy campaigns have been more deliberate and organized – such as the “World We Want” social media campaign organized by the UN as part of the negotiations on the 2030 Sustainable Development Agenda.

Social media can mobilise thousands of people online, and facilitate organized protest, turning a spontaneous gathering rapidly into a large, organised movement. Social networks played a role in the rapid disintegration of regimes in Tunisia and Egypt and statistics show that during the Arab Spring, the number of users of social networks, especially Facebook, rose dramatically, particularly in those countries where political uprisings took place. As one protester mentioned, “we use Facebook to schedule the protests, Twitter to coordinate and YouTube to tell the world”.

Digital and social media are also transforming the conduct of formal politics. They allow politicians to reach millions of people at no cost; and allow political debates to happen in a virtual space without the threat of personal confrontation.

The use of social media, including Twitter, to deliver political messages and comment on domestic as well as global events in real time and without the benefit of editorial control, fact correction or balanced advice has changed the role and nature of political discourse.

New software applications (bots) enable highly repetitive operations (e.g. retweeting the messages of politicians to inflate the number of followers) to create an illusion of popularity and influence public opinion.

While some guidelines for parliamentarians have now been issued by the Inter Parliamentary Union (IPU), much more needs to be considered in terms of guidance and appropriate behavior in the political sphere.

In summary, the transformations in people’s access to media, information and communication will continue to bring positive and negative consequences for governance. While the speed of information exchange and new ways of communicating can bring democratic, economic and social benefits, they can also lead to or worsen political polarization and social conflict.

It is certainly not evident that in many contexts these changes have led to a more informed society, able to access trustworthy information, balanced views and a plurality of voices and debate.

Free, independent and plural media including social media remain essential for an open and informed society, but whether a more connected world is also becoming a more democratic world remains one of the governance challenges we urgently need to confront.